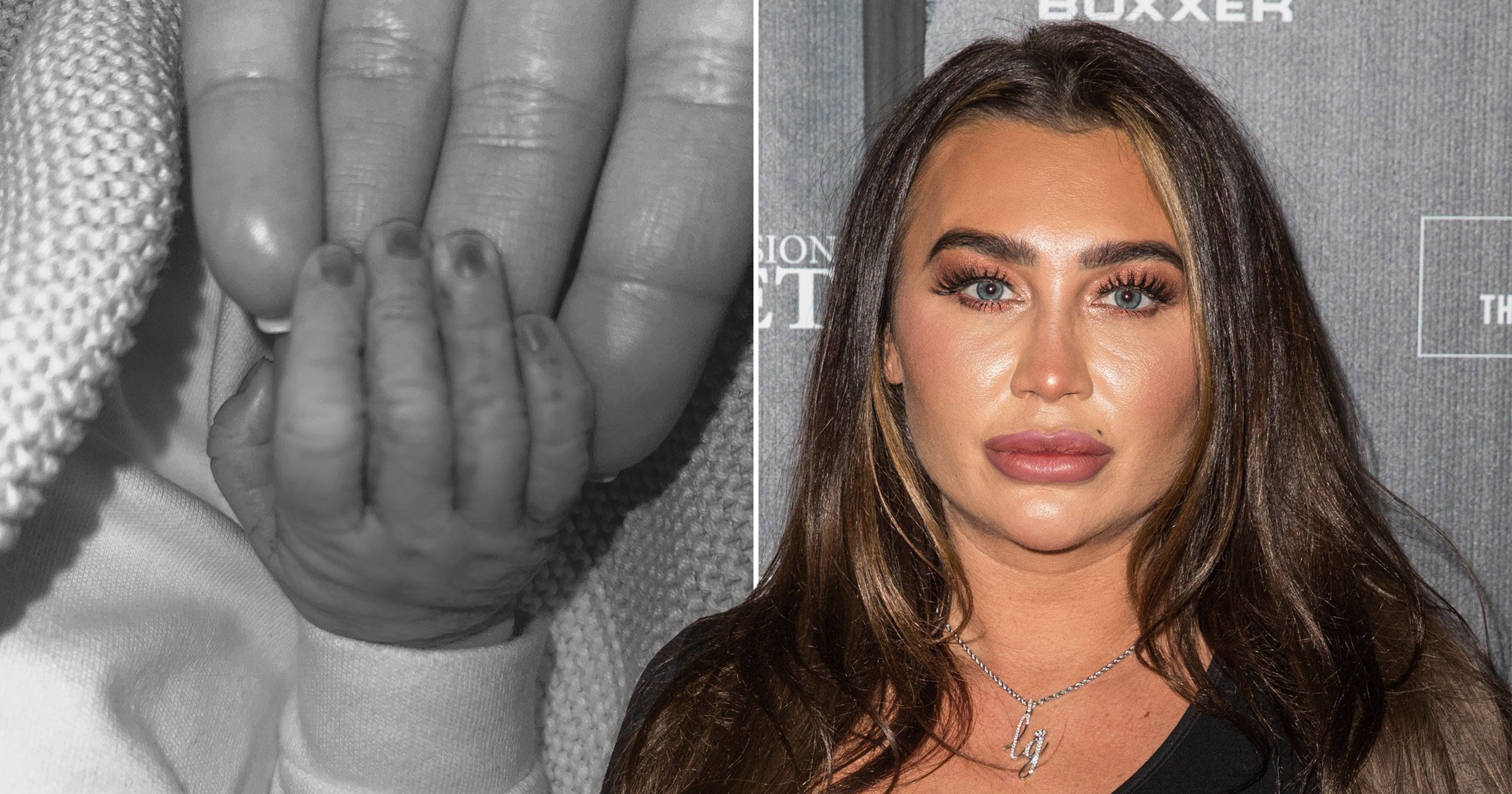 Lauren Goodger will be taking part in a fundraising walk as a way of honouring her baby daughter’s memory for Baby Loss Awareness Week.

The former Towie star is grieving the death of her second child, Lorena, who died shortly after birth in July.

In a heartfelt post to mark Baby Loss Awareness Week, which aims to break the silence around child death and bring together the community of those who have been affected by this type of grief.

Alongside a black and white photo of Lorena’s hand, Lauren, 36, wrote: ‘Support me in Baby Loss Awareness Week (9-15th) as I mark the memory of my precious baby daughter Lorena, taken too soon, and in memory for all the other mothers, fathers, families, siblings and friends in grieving, who have also lost their most precious gifts.

‘We come together to make a difference, for our little pieces of heaven that will never be forgotten.’

She added: ‘I am walking a Little Lights Walk this week to raise funds for The Lullaby Trust and in the memory of my baby girl, Lorena.

‘See the go fund me page on my story above thank you Lauren #babylossawarenessweek #babyloss #Lorena.’

The Lullably Trust, which will benefit from the funds raised, were touched by Lauren’s gesture and replied: ‘Thank you so, so much for fundraising for us and holding your own Little Lights Walk in memory of your baby girl, Lorena 💛 sending love and strength. Team Lullaby x.’

Lauren previously opened up about her harrowing ordeal and the moments surrounding Lorena’s death, explaining that around 10 doctors tried to revive the newborn when they couldn’t find a heartbeat immediately after she was born.

The former reality star revealed she planned on getting a post-mortem to understand why Lorena died.

It comes after Lauren recently explained how she is acting as both mother and father to daughter Larose following her split from Charles.

‘She’s changed so much in the last few weeks. The things she says, the way she runs about. She’s so clever and she gets me… We have this banter, we just get each other.’

‘I’m mum, I’m dad, I’m doing so much on my own but it’s so beautiful and magical and it makes me want to cry. Because she is just amazing.’

For emotional support, you can contact Miscarriage Association’s pregnancy loss helpline on 01924 200799 or email [email protected]