Sweary and rude, this royal romp will reign and reign: LIBBY PURVES reviews The Windsors – Endgame

You’re in safe hands when a stage-struck Prince Edward bumbles through the curtains to explain that in this family show he does all the ‘utility parts’ in many costumes.

Suddenly, to gales of laughter, a leering Andrew is manhandled out of the front row by a cross usherette for not having a ticket.

The idea is that the Queen has abdicated. Charles in Coronation robes sings triumphantly how he was raised to ‘Be a man! Be tough, be male, be brutish, like your sister Princess Anne!’. Anxious William and Kate look on.

Cut to Meghan and Harry in yoga poses, podcasting about compassion while their wheatgrass smoothies are served by the galumphing maid, Fergie (Sophie-Louise Dann is glorious).

Back home, Beatrice and Eugenie, in drawling Sloane voices and insane fascinators, gallantly start a campaign to prove their father’s innocence…

I loved the Channel 4 spoof by Bert Tyler-Moore and George Jeffrie, with Harry Enfield as a deluded megalomaniac Charles, a scheming Camilla and a family of well-meaning dolts. 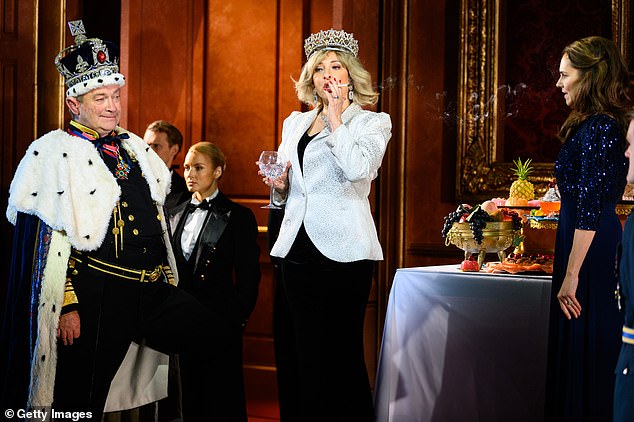 The idea is that the Queen has abdicated. Charles in Coronation robes sings triumphantly how he was raised to ‘Be a man! Be tough, be male, be brutish, like your sister Princess Anne!’ Pictured: Harry Enfield as Prince Charles (left) and Tracy-Ann Oberman as Camilla Parker Bowles

It is oddly innocent, as only wild exaggeration can be: Far less damaging than the sly inventions of The Crown and ‘insider’ gossip reports. I did wonder whether Enfield’s muggingly preposterous Charles act could fill a West End stage, but it doesn’t have to. Though only three of the TV cast join him – Matthew Cottle’s priceless Edward, Tom Durant-Pritchard’s vacant, well-meaning Harry and Tim Wallers’ Andrew – this is a joyful ensemble.

Camilla’s scheming has made Charles absolute monarch, enabling him to return Britain to his ideal of ‘chaps with lutes going round maypoles’. Politicians are easily bought off with knighthoods, and they send kindly Wills and Kate on a long world tour.

In LA the Sussex and Cambridge duchesses have a magnificent catfight over who made who cry. But when they find Britain a feudal state dominated by Camilla as Elizabeth I, the fab four are reconciled to lead a revolution. 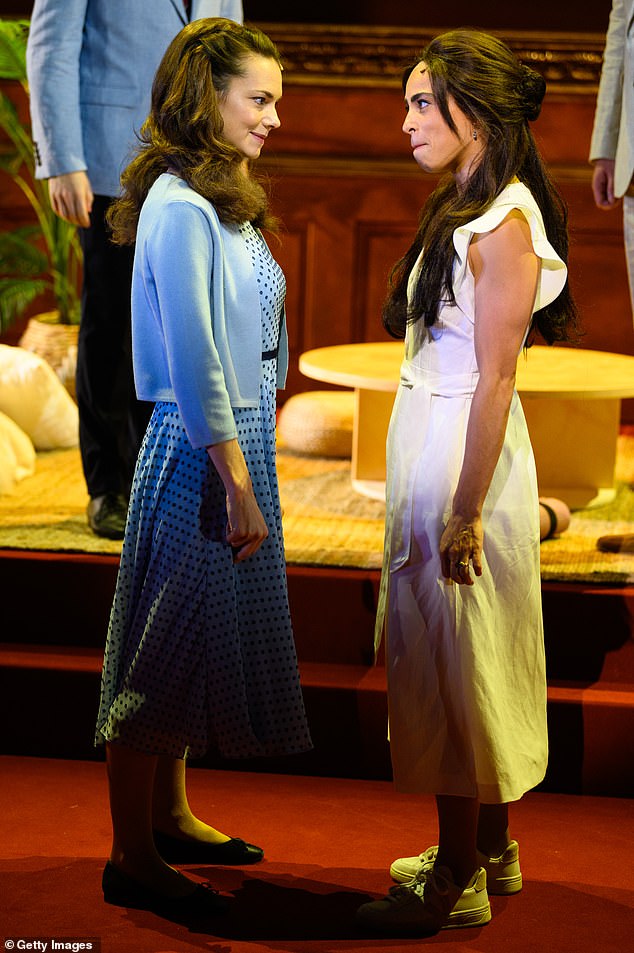 In LA the Sussex and Cambridge duchesses have a magnificent catfight over who made who cry. Pictured: Kara Tointon as Kate Middleton (left) and Crystal Condie as Meghan Markle

There’s a wickedly funny snog-off in a yurt and some ripe latrine jokes (it is sweary and rude throughout).

No spoilers, because the fun is in the pile-up of nonsense, all the way to a Stonehenge crisis when we revive a royal Tinkerbell by shouting, ‘We believe in constitutional monarchy!’ Everyone did.

It sails near the wind – Tracy-Ann Oberman as Camilla sings ‘Diana – Goddam her!’ to gasps as well as cheers – but the big numbers are more village panto than Broadway. That’s good, feeding a sense of family ridicule rather than satire.

The ensemble sings: ‘We always do our duty, and never ever fuss – we are the Windsors! – God Save US!’

Then Enfield explains that it would be inappropriate for them to bow at the curtain call, so we all have to stand up and bow to them, while they wave.

Given our national relish for both monarchy and rude jokes, what can I say? This one will reign and reign. 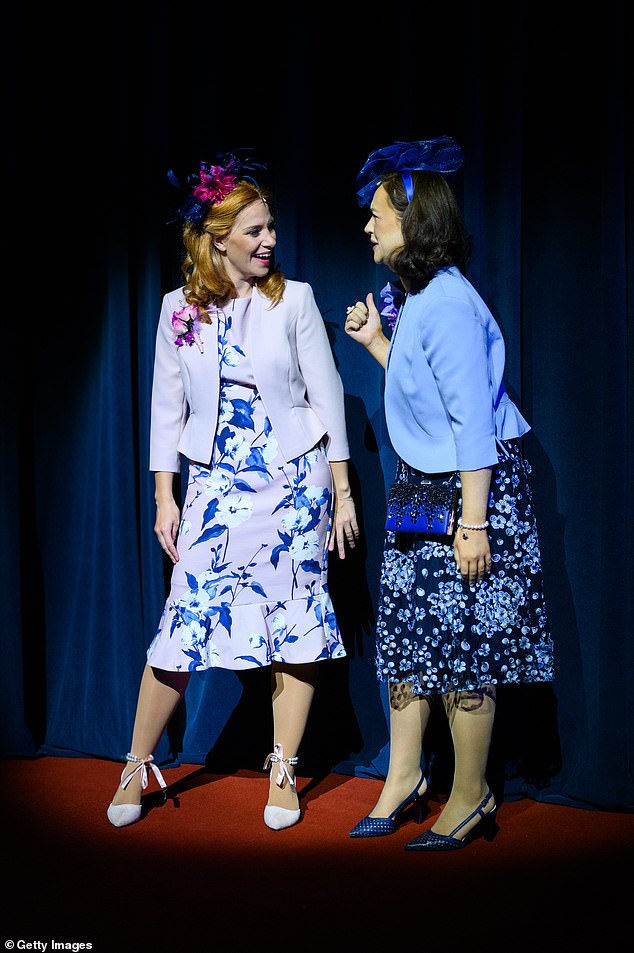