Karen Grassle opened up about her experiences on the set of Little House on the Prairie. Grassle revealed some of the things that occurred behind the scenes. She says the first week of filming the show was rough. Here’s why she initially had second thoughts about being in the series.

Michael Landon oversaw the production of ‘Little House on the Prairie’

Michael Landon had more than one job on the set of Little House on the Prairie. Landon was not only an actor on the show but also an executive producer, director, and writer. Grassle says he had a lot of pressure as the head of the series. She described his responsibilities as “formidable.”

Although there were guest directors at the beginning of the series, they didn’t last. In her book Bright Lights, Prairie Dust, Grassle says Landon had a vision for how he wanted the show to proceed, and none of the guest directors were the right fit. According to her, “they were unable to please Mike.” 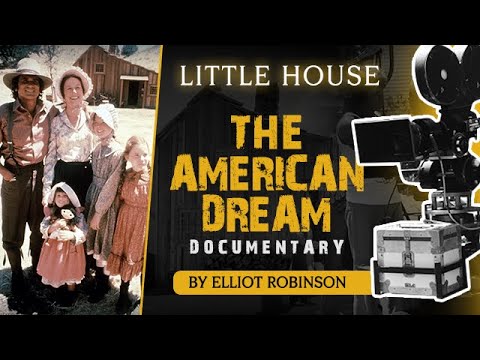 The first week of filming Little House on the Prairie was tough, according to Grassle. She says the first couple of days were very hot on the set, which was located in Simi Valley, California. They were filming outdoors in sweltering heat. Grassle had to wear a thick, heavy outfit to play Caroline Ingalls, so she was sweating a lot. She says her feet “boiled” in her black, custom boots.

Grassle says Landon seemed “unaffected” by the high temperatures. According to her, he appeared to “thrive” in the heat. Grassle wondered if she would be able to “hold up” under the weather conditions. She says she feared she might not be strong enough to continue with the show.

Grassle says it got so hot that the actor who played Nellie Oleson (Alison Arngrim) collapsed. She also says the director received ice packs so he could put them on his neck and cool down. The weather conditions on the set made Grassle wonder if she could make it through the show.

A welcome break in the weather

Thankfully, the harsh weather didn’t last much longer. A welcome break in the weather arrived. Much to Grassle’s relief, the weather became cooler that weekend. She was happy to learn the unbearable temperatures were the result of a heat wave. Initially, she thought it would be that hot in Simi Valley all the time, but this turned out not to be the case. She realized she would “make it after all.”

Although the extreme heat was temporary, it was still warm on the set most days. The bright lights didn’t help much. Grassle says it was hardest to act after she had eaten a heavy meal. The combination of the heat, dust, and lights on the set made it tough for her to remain alert.

According to Grassle, the job was physically tiring because she had spent 12 hours a day under bright lights in the California heat. She also had to drive two hours to and from work. Grassle was concerned about the work and her schedule eventually wearing her down, so she spoke to producer Kent McCray. He addressed the issue by arranging a driver for her on the days when they were filming on location. Grassle went on to star in Little House on the Prairie for eight seasons.