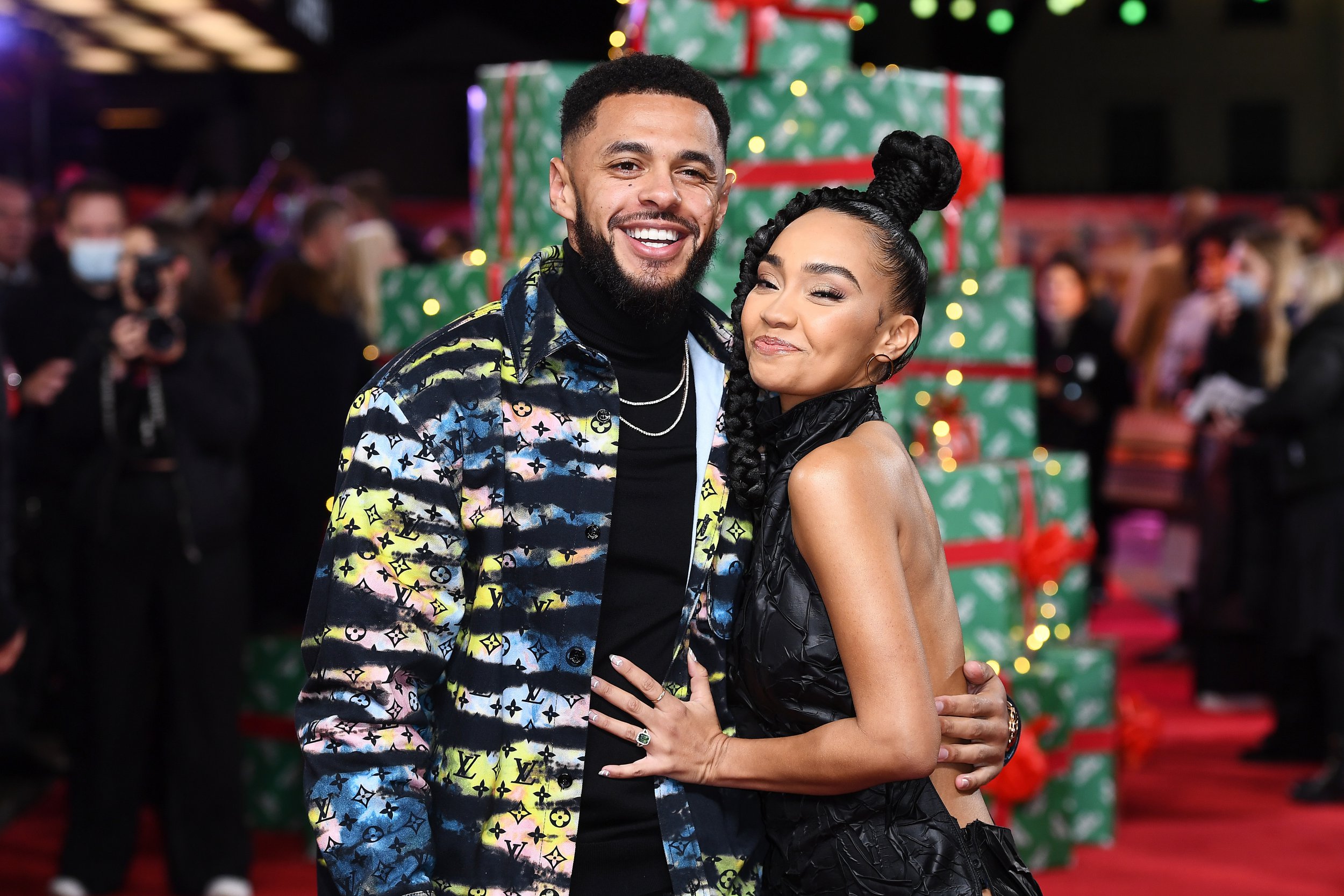 Leigh-Anne Pinnock is reportedly set to tie the knot with fiance Andre Gray this week, and her Little Mix bandmate Jade Thirlwall may have dropped a big clue.

The couple got engaged in May 2020 when the Queens Park Rangers footballer made a romantic proposal in their garden during lockdown.

They’ve had to wait to throw their nuptials with the pandemic throwing a spanner in the plans, while Leigh-Anne, 30, also gave birth to their twins last summer.

However, sources now claim that Leigh-Anne and Andre, 30, have flown out to Jamaica where their wedding will take place this week.

It’s said they also wanted to wait until Andre’s football season ended so they could spend plenty of time together as a family before August when it resumes.

An insider claimed: ‘Leigh-Anne and Andre have been planning their special day for months and this week they will finally tie the knot.

‘They chose to marry in Jamaica because of their family ties to the island, which they think of as their second home.’

They added to The Sun: ‘The ceremony is going to be very low key and romantic. It won’t have any of the hallmarks of the big celebrity weddings you see.

‘Leigh-Anne and Andre just want their closest network there to watch them say their vows.’

Jade, 29, appears to have jetted out on Tuesday after sharing a cryptic photo of her view from a plane, with the clouds seen in the distance. However, she hasn’t updated followers on her destination.

Confetti singer Leigh-Anne previously confirmed that she and Andre planned on getting hitched in Jamaica this week.

‘It’s not Covid getting in the way — it’s the World Cup. I don’t know Andre’s time off. I hate football sometimes. Nuisance,’ she told the publication of the delay.

The couple began dating in 2016 and moved in together two years later. Andre popped the question in May 2020 as they enjoyed a lockdown date in their own garden.

They welcomed their twins in August 2021 but have not revealed the names or gender.

Leigh-Anne has more time on her hands these days after wrapping up Little Mix’s tour, which was the last time they shared the stage together with the group going on a hiatus.

Metro.co.uk has reached out to Leigh-Anne’s reps for comment.