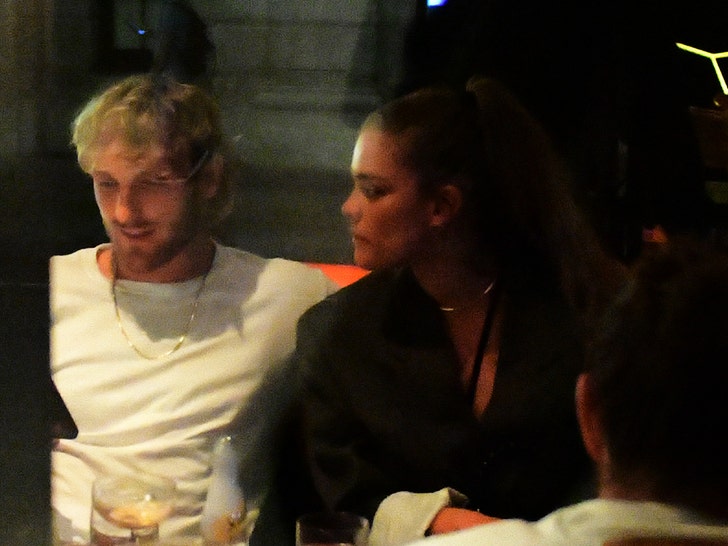 It appears Logan Paul has a new lady in his life — the YouTuber/boxer was spotted out with Sports Illustrated swimsuit cover model Nina Agdal in London this week … and we’re told they were packin’ on the PDA.

Sources tell TMZ Sports the 27-year-old social media star and 30-year-old beauty were getting cozy at Novikov on Wednesday night … and at one point, they even shared a kiss as they sat at a table with friends.

We’re told Logan and Nina tried to keep it lowkey as they left the restaurant … exiting several minutes apart from each other as they headed out to go clubbing.

It sure seems the two are hitting it off — Agdal recently followed Logan’s mom and his closest friends, George Janko and Mike Majlak, on Instagram.

Paul’s been killing it lately — he fought Floyd Mayweather, crushed it at WrestleMania and launched his Prime Hydration drink line … just to name a few highlights.

Now he’s getting close with one of the most attractive women on the planet??