Love Island 2022: Sultry new islanders Afia Tonkmor and Ekin-Su Cülcüloğlu get ready for their ‘once in a lifetime opportunity’ as public vote for who they will date before entering the villa

Two episodes in and things are already hotting up on Love Island as new bombshells were teased on Tuesday night.

After ITV2 viewers watched Davide Sanclimenti couple up with Gemma Owen, leaving Liam Llewellyn single, they were given a taste of what’s to come as Afia Tonkmor and Ekin-Su Cülcüloğlu were unveiled as shock new contestants.

Afia – who works as a Lounge Host at a Private Members Club in London – explained that signing up for the show felt like a ‘once in a lifetime’ opportunity but believes she is still single because she tends to ‘fall in love too quickly.’ 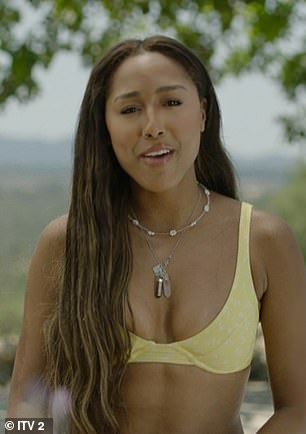 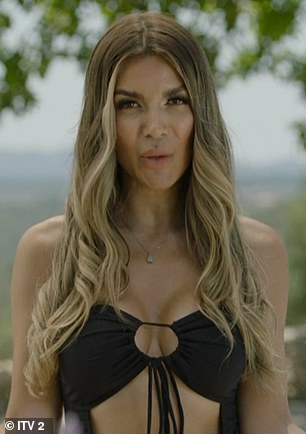 Love Island 2022: Two episodes in and things are already hotting up on Love Island as new bombshells Afia Tonkmor (left) and Ekin-Su Cülcüloğlu (right) were teased on Tuesday night

The 25-year-old said: ‘It just seems like a once in a lifetime opportunity to meet someone, have an amazing summer, just have so much fun, and have a bit of a summer romance as well.

‘But I fall in love quickly, too quickly, two dates I am like, “OMG I am obsessed with this boy, he’s everything.”‘

Afia was joined as a new contestant by Essex actress Ekin-Su who is looking for a ‘genuine spark’ in her love life but admits she can be ‘quite picky’ and isn’t in the villa to make friends.

The latest Islander, 27, said: ‘I’m looking for that real genuine spark and they just see me as me. I think the concept of the show brings back true and raw feelings. 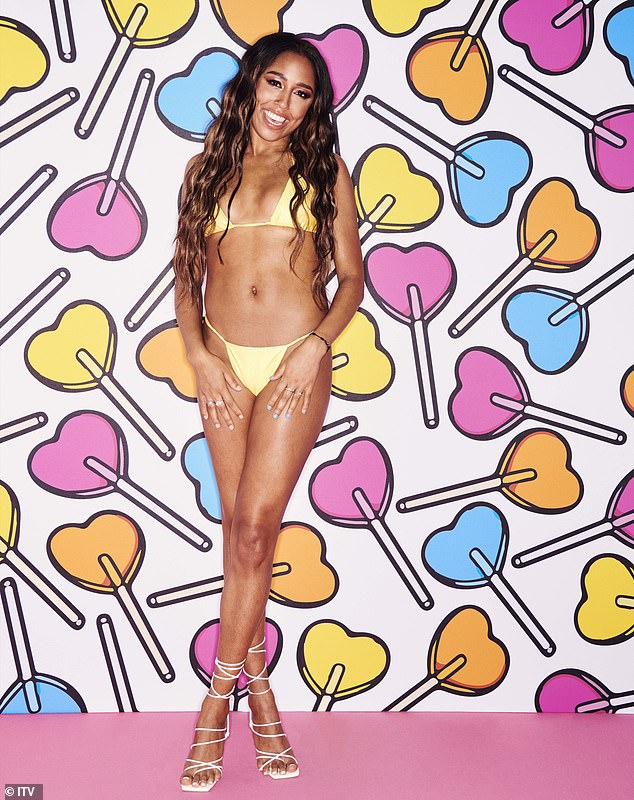 Taking her shot: Afia – who works as a Lounge Host at a Private Members Club in London – explained that signing up for the show felt like a ‘once in a lifetime’ opportunity

Islander: Afia was joined as a new contestant by Essex actress Ekin-Su who is looking for a ‘genuine spark’ in her love life but admits she can be ‘quite picky’ 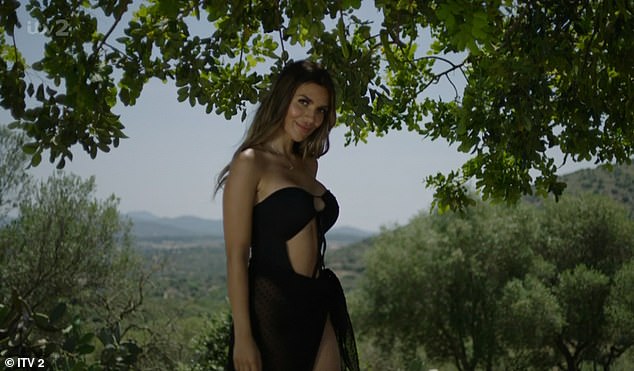 No messing about: ‘I’m not there to make friends. If someone wants to have an argument with me, bring it on,’ she said

‘Nothing like cockiness! I’m looking for a serious man and a serious relationship. I’ll bring the whole package to the villa – drama, tears, laughter, joy, and love.

‘I’m looking for the love of my life. I’m not there to make friends. If someone wants to have an argument with me, bring it on.’

The announcement was made on the same night that Liam was dumped by Gemma and left on his own when Monday’s bombshell contestant Davide coupled up with her. 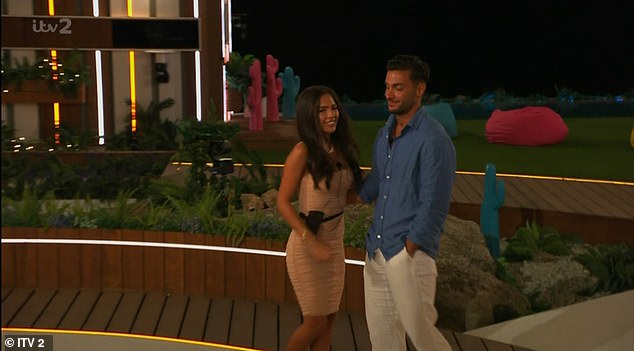 Expect the unexpected: The announcement was made on the same night that Liam Llewellyn was dumped by Gemma Owen and left on his own when Monday’s bombshell contestant Davide Sanclimenti coupled up with her (Davide and Gemma pictured)

However, during her first appearance on the show, London-born Afia admitted she wasn’t afraid to go after someone else’s man and warned her fellow females that she would ‘get what she wanted.’

Speaking during a pre-recorded video, she said: ‘If I see a guy that I want in the villa I’m definitely going to make sure I get him. Watch out girls, I’m coming for your man!’

At the end of the clip, voiceover Iain Sterling revealed the public would be able to vote on which two boys will head on a date with them.

Love Island continues tomorrow at 9pm on ITV2 and ITV Hub. Episodes are available the following morning on BritBox.

Who is their type on paper? ‘In Swansea there is just no-one I can find.

I haven’t got to swipe. So, hopefully they can just come to me now!

‘I came out of a relationship and I was just so done with guys. Then I was like, ‘Ok, I’m bored now’

Who is their type on paper? ‘It’s quite hard to date without being influenced by social media and stuff like that.

Love Island is a great place to get to know someone one-on-one.

I don’t think I have ever been out with two guys who are quite the same.’

Who is their type on paper? ‘My dating life has been a shambles.

This is an opportunity for me to find ‘the one’ and have a great summer at the same time.

I’m definitely ready for a relationship. I’m 23 now so I’m ready to get to know someone and travel with them.’

Who is their type on paper? ‘I am open to finding love, I’m wanting to have a really fun summer.

I would say I’m fun, flirty and fiery. I think I’m good at giving advice, I’m a good person to talk to, I’m very honest.

If I want the same guy, I’d do it but in a nice respectful way.

Who is their type on paper? ‘When I’m with someone I’m very loyal.

I’m a good boyfriend as when I’m with someone I’m all for them.

I’m actually single for once, so I thought why not?

This is the best time to give it a go.’

Who is their type on paper? ‘I prefer to meet girls out and about. I think when you go looking for it, it’s not as easy though, it’s like you’re too desperate for it.

If I think you’re the one or I like you, I’ll take you out on a date but other than that, if we talk and I don’t like where it’s going – then I won’t be throwing out dates.

Who is their type on paper? ‘I will be talking to different girls, it might not go well with some.

When I’m actually in a relationship, I think it’s a star sign thing.

I’m an Aries but I’m very passionate – I always used to put that person first. I’m really good at being in a team’.

Who is their type on paper? ’22 is a really nice age to meet someone, you’ve got your years ahead of you so you have time to  grow together.

Love Island is a great opportunity to meet someone, you’re in with a load of different types so you can get to grips with what you really like.’

Who is their type on paper? ‘A lot of English girls actually love me.

Find my person so I can actually build something in the future, grow with them, be a family. ‘

Who is their type on paper? ‘I’ve only been in one past relationship but now I think I’m at the age where I could find someone.

I’m not really shy to speak to people I don’t really care too much about what people think.’

Who is their type on paper? ‘I don’t like guys that show off.

I don’t like flashy guys – just have a personality and make me laugh.

There was this one guy and he was trying to purposefully show off his car keys and we were literally in the middle of a restaurant!’