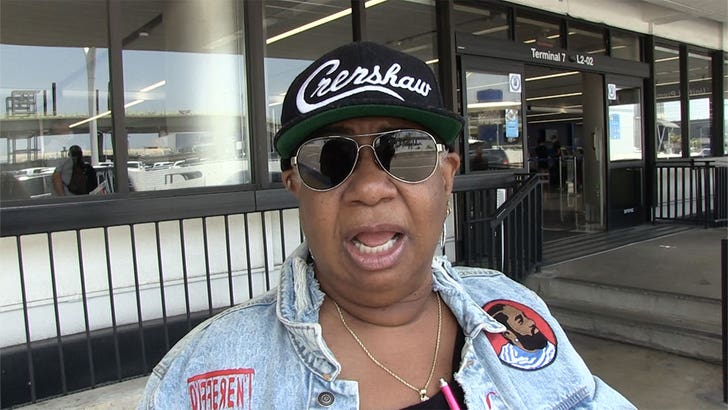 Luenell has some pretty simple advice for Bill Cosby — just say “no” to a comeback standup comedy tour … unless, of course, he’s looking to end up back behind bars.

We got the comedian and actor at LAX, where she was adamant the best thing Cosby can do with his newfound freedom is to enjoy it … quietly, at home. She says the alternative is taking the O.J. Simpson route.

Remember, 13 years after his stunning acquittal on double murder charges … Simpson got pinched for armed robbery of sports memorabilia in Las Vegas, and ended up doing 9 years in prison.

Luenell’s theory is … Cosby should learn from Simpson, and simply “go somewhere and sit down.” She doesn’t spell it out, but the insinuation seems to be Cosby’s gonna get himself in big trouble again if he insists on touring — especially because she expects he’ll be facing lots of protesters wherever he goes.

TMZ broke the story … following his release from prison last month, Cosby’s been plotting a tour and his camp says several promoters and comedy clubs are interested, with the exception of NYC’s famed Comedy Cellar.

As for the picketers who’ll almost certainly be waiting for him on the road — Luenell throws a jab at Cosby you gotta see.