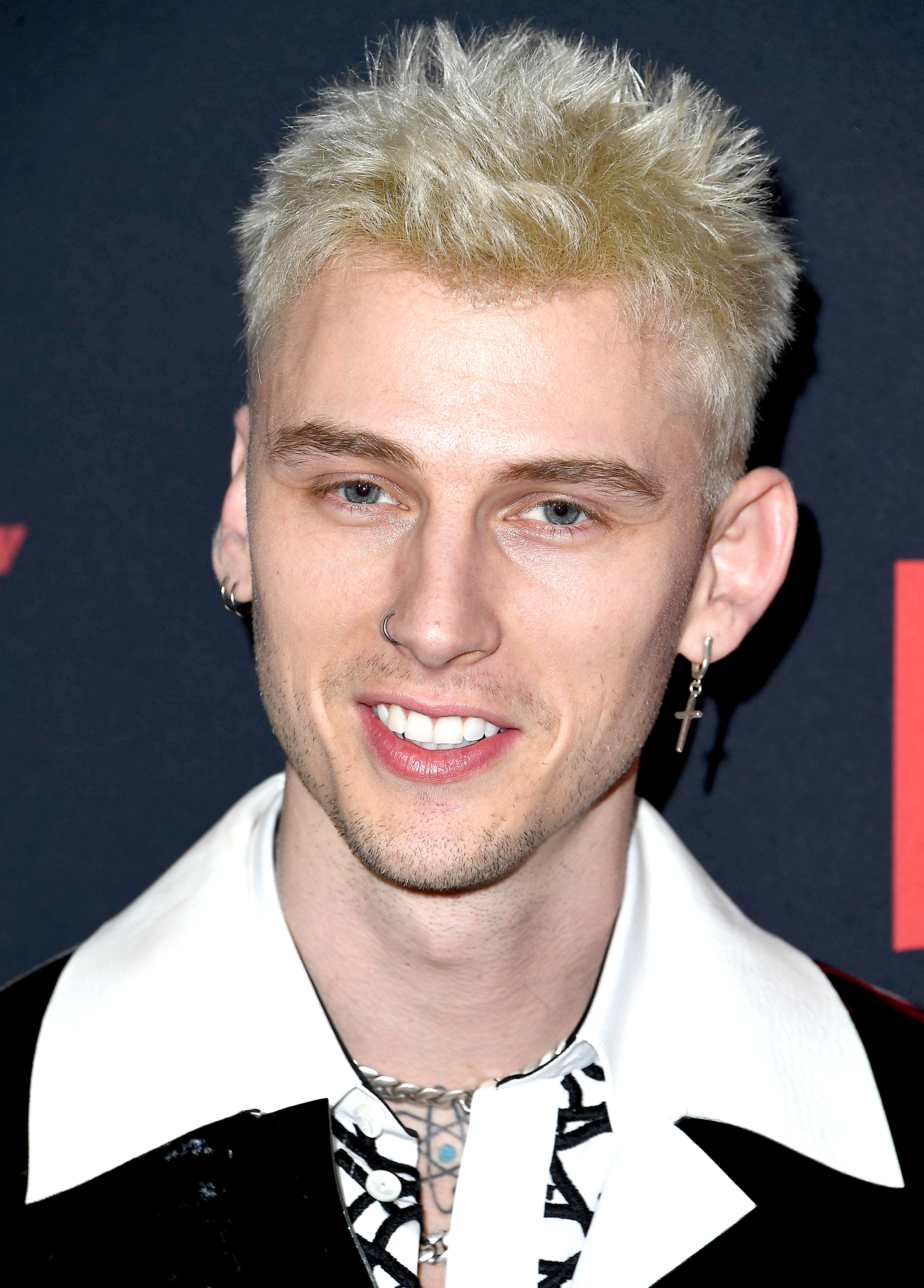 Machine Gun Kelly spills his dirt to Us — including the show that helps him fall asleep, his first concert and friendship with Pete Davidson. Read on to learn 25 things about the Hotel Diablo rapper.

1. My friend Slim and I bought our first keyboard with a trash bag full of coins.

2. I can juggle objects that are on fire.

5. I started getting tattooed at 14 years old.

6. I never took a senior picture for the yearbook.

7. Every time I hear “Mrs. Officer” by Lil Wayne, I get flashbacks of washing dishes at Chipotle, because that was the only song the radio in the back played.

8. I faked that I couldn’t see very well when I was a kid so I could get glasses.

9. My first job was as a cart boy at Dave’s Markets [in Cleveland].

10. Sometimes I get irritated by the sound of kissing.

11. I love girls with pretty feet.

13. I bought a guitar that was the same color to match it.

14. My right nipple is tattooed all black. 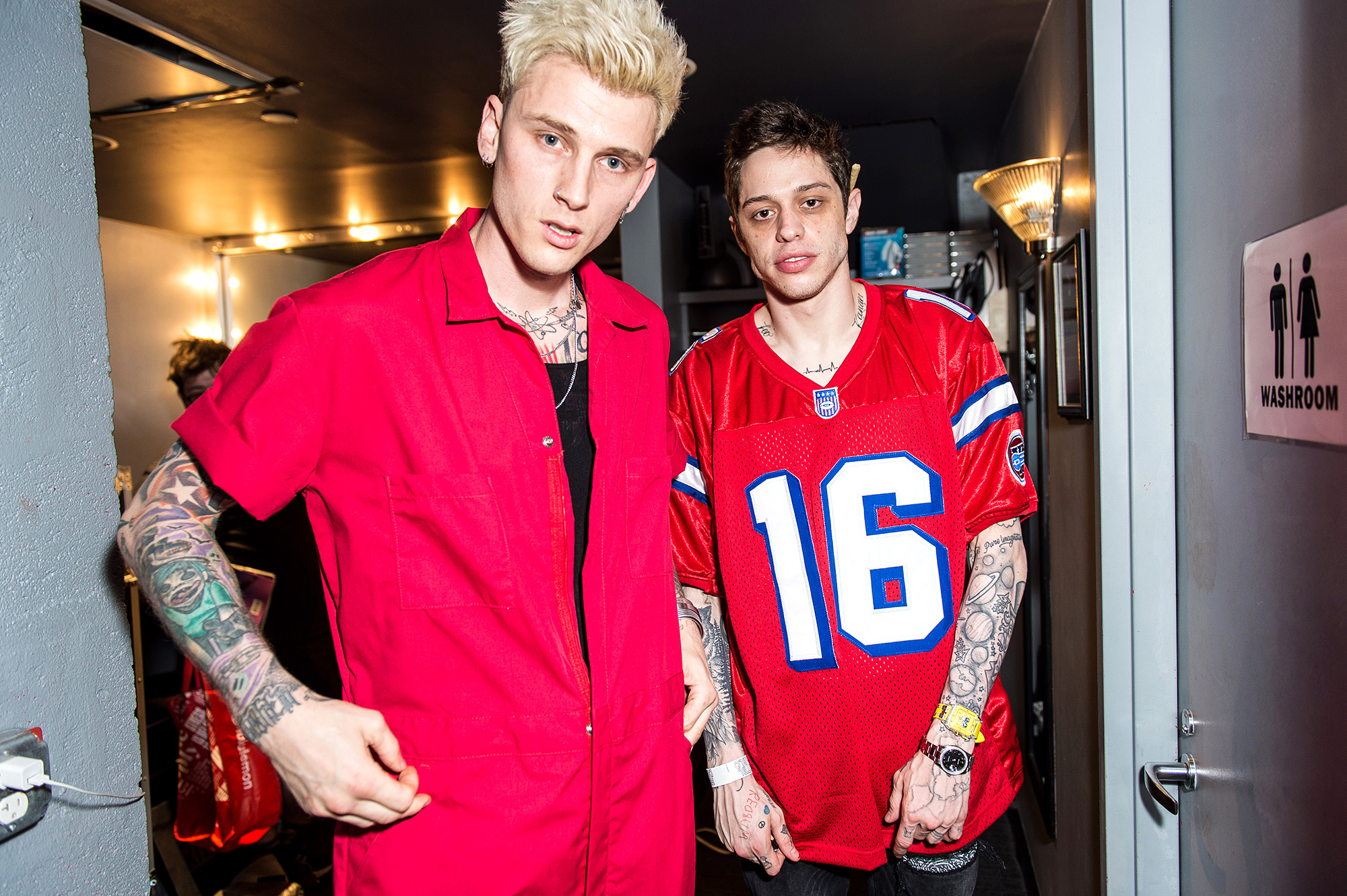 15. Kid Cudi and I went to the same high school in Cleveland.

16. I spend way too much money on coffee table books and comics.

17. I recorded my first album in my manager’s mom’s basement.

18. I only started using my real name, Colson Baker, because of acting. Now I embrace it.

19. I drink so much coffee that I opened my own coffee lounge in my hometown. (Try some nitro cold brew if you haven’t yet!)

20. The first concert I ever went to was the Backstreet Boys. All I remember is that the girls were screaming so loud that I threw up.

21. Dave Chappelle once sent his jet to pick up me and Pete Davidson to come hang out at his house for a couple hours, then had it fly us back in time for my concert.

22. After the show, Pete and I took my daughter on a road trip from Cleveland to NYC for Christmas.

23. Most nights I fall asleep to any episode of SpongeBob SquarePants from seasons 1 to 3.

24. The first check I got for music was $45, for winning first place at Amateur Night at the Apollo Theater in Harlem.

25. I once hooked up with someone in the back of a cop car.

Hotel Diablo is out July 5.