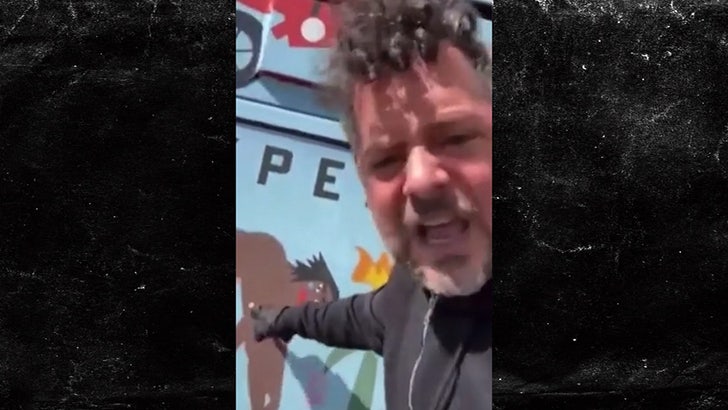 Meek Mill‘s album art plastered on the side of a bus is triggering the hell out of a man on Hollywood Blvd. … and ya gotta see his epic rant, which is all on video!!!

The guy dives right in, shouting and pointing at the bus wrapped with an advertisement for Meek’s album, “Expensive Pain” — which features artistic depictions of naked Black women. Some of them bending over, and it’s all too much for this guy to take.

The meltdown seems to center on the imagery being plastered on a bus that’s driving through his neighborhood. He also thinks it’s disrespectful to Black women, and laments the fact tons of eyeballs are gonna see the ad.

The epic rant continues as the guy walks all around the outside of the bus, pointing out all the things he doesn’t like about the artwork … and then he tries to tie it in with vaccines and face masks.

This video is peak Hollywood Blvd, an infamous spot for bizarre rants — but we gotta ask?