The royal family is best described as all-caps EXTRA in almost every category: fashion, hats, weddings, scandals, corgis, and of course, castles. But when it comes to beauty, they tend to opt for a more understated approach—especially in the manicure department. Turns out the royals have very strong opinions about the specific brands/shades grace their finger nails—like, I’m talking…very strong opinions. To the point where Queen Elizabeth has been exclusively wearing her favorite $9 nail polish for over 30 years and thinks all other colors are “vulgar.” And that’s when she even wears polish! Most of the time, she prefers her nails bare and buffed. And because the Queen is the casual ruler of England, not to mention head of the royal family, other prominent royals like Meghan Markle and Kate Middleton tend to follow in her footsteps—with a few notable wedding day exceptions, of course.

We’re breaking down Kate, Meghan, and Queen Elizabeth’s favorite nail polish shades below, plus deets on where you can buy these colors for yourself.

Her Majesty the Queen will legit only let one shade of nail polish touch her fingertips: Essie’s beloved Ballet Slippers. According to legend, the Queen’s hairdresser requested that a bottle of Ballet Slippers be sent to Buckingham Palace all the way back in 1989, and the Queen never looked back.

As the brand told Today, “This always elegant lacquer was born in 1982 and received royal blessings from the Queen of England, just seven years after its birth when Elizabeth II’s hairdresser sent (the brand’s founder) Essie Weingarten a letter requesting the shade to be directly delivered to Buckingham Palace in London!”

And did I mention a bottle won’t put you out more than $9? So yeah, it’s cheap, it’s chic, and it’s the only nail polish color the Queen is interested in, next.

Let’s start with the gorgeous shade she wore on her wedding day. It was initially reported that Meghan went with the Queen’s fave, Ballet Slippers, but nope! According to British Vogue, she got her mani courtesy of DryBy London, who used one layer of CND Shellac’s Unmasked, paired with two layers of CND Shellac’s Negligee on top.

Some other notable Meghan Markle nail moments? The time she was rumored to be wearing Rimmel’s Ivory Tower gel polish for her engagement shoot (it’s out of stock but check back because it could return from the beyond):

A post shared by Duke and Duchess of Cambridge (@dukeandduchessofcambridge)

And, of course, the time she stepped out with deep red nails at the British Fashion Awards —prompting everyone to assume she’d broken royal protocol. Which…she most certainly did not! 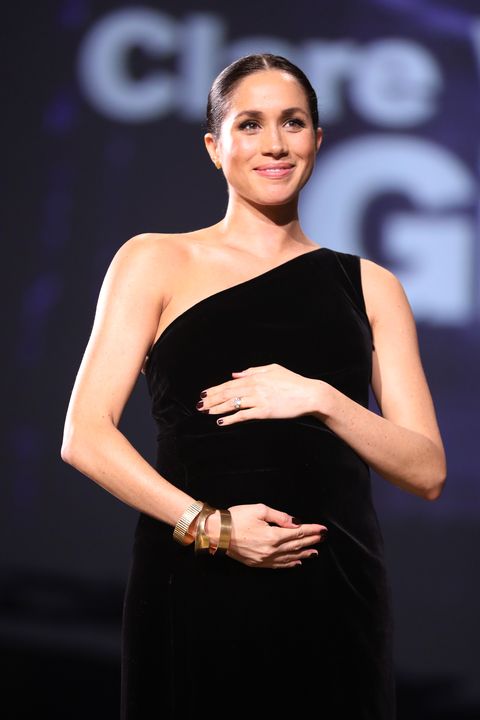 As royal correspondent Omid Scobie told Harper’s BAZAAR, “There’s no actual protocol about dark nail polish. It’s simply about being appropriate—we’d never see this at a royal engagement. [The British Fashion Awards ceremony] is a celebration of fashion and there’s a lot more flexibility on what one can wear.”

Sadly we don’t know Meghan’s exact shade for this event, but in my opinion, OPI’s “Lincoln Park After Dark” is a great dupe.

Kate doesn’t wear nail polish on her hands that often, but—like Meghan—she went with a custom blend at the royal wedding. According to the Daily Mail, Kate wore a mixture of Bourjois So Laque No. 28 Rose Lounge and Essie’s Allure. 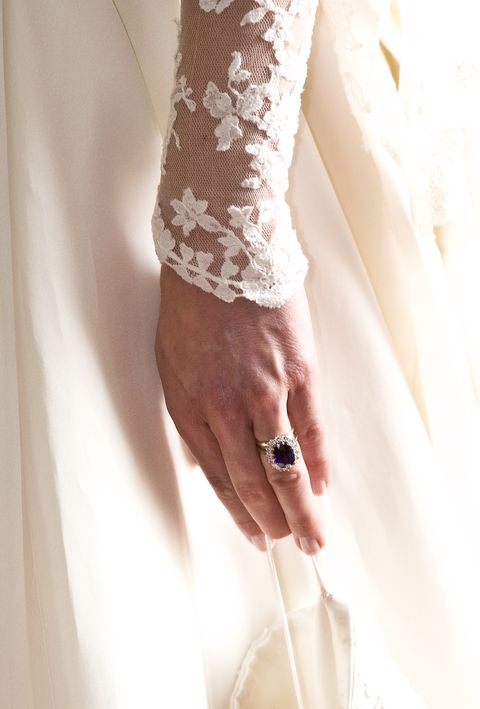 Kate’s Rose Lounge appears to be out of stock across the internets (truly tragic), but fret not, because the Essie polish is still available and I’ll be adding it to my cart in 3, 2, 1…

P.S. Kate has yet to wear anything that ~colorful~ on her hands, but she has stepped out with a red pedicure, just in case you were curious: 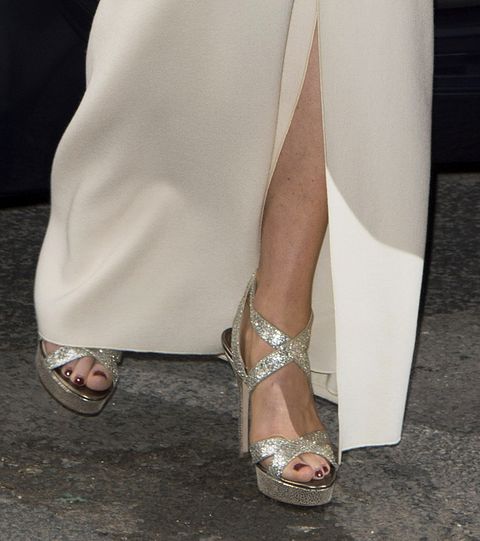 Exact color TBD, but if you’re feeling ~inspired~ here are a few of our fave reds for 2021!

We can’t leave without shouting out Princess Eugenie, who regularly gets fun manicures—in spite the royals’ preference for neutral shades. Here’s Eugenie’s Rudolph-inspired mani at a 2015 Christmas lunch hosted by her grandmother: 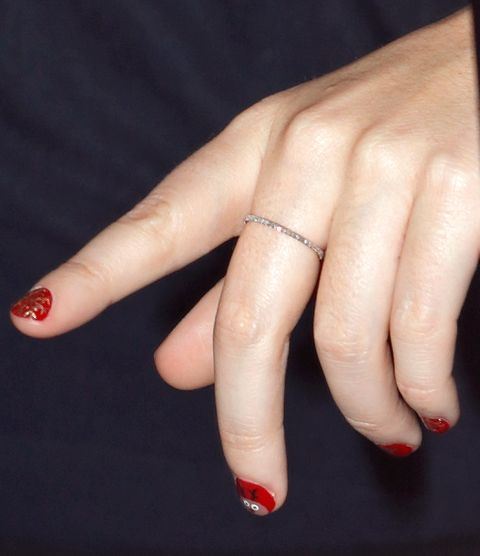 And here she is wearing a Union Jack mani at the Derby: 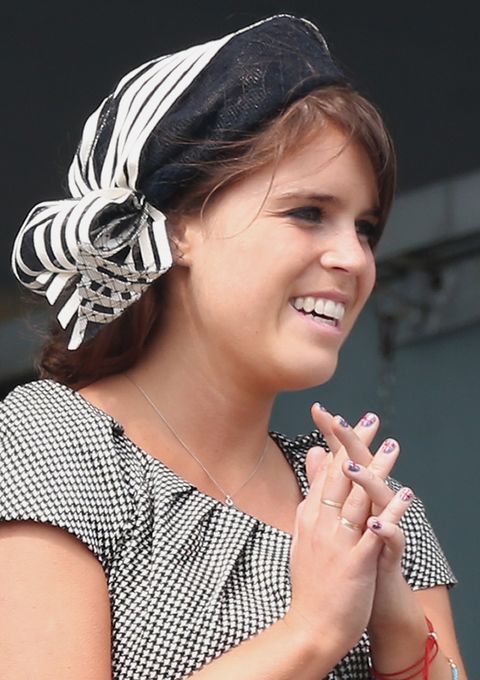 Kay, if you need me, I’ll be waiting for the Queen to step out in these nails ^.