The 28-year-old All-Star showed up to a Westmoreland County, Pennsylvania courtroom on Tuesday with shackles on his ankles and wrists … and was reportedly looking to be released on bond after he was arrested back in September for allegedly sexually assaulting a 13-year-old girl.

But, not only did a judge not let him out of jail Tuesday — prosecutors announced they were bringing 21 new charges against Vasquez.

Among the new crimes … Vasquez has been hit with 10 counts of child pornography, 10 counts of unlawful contact with a minor and 1 count of corruption of minors.

In court docs, authorities say they found photos and videos of the alleged underage victim in “various stages of nudity” in Vazquez’s phone.

All 21 charges are listed as 3rd-degree felonies … which carry a maximum of 7 years in prison each if Vazquez is convicted.

As we previously reported, Vazquez is accused of having sex with a 13-year-old girl in his Ford Mustang in Pennsylvania back in 2017.

Officials say the MLB closer also sent the girl graphic videos and photos — and told her in text messages he was planning to have sex with her again.

The texts were discovered by the alleged victim’s mother — who alerted police. Investigators say the images depicted numerous “unique and distinguishable” tattoos on his body … which they were able to match to Vazquez through public images on the Internet. 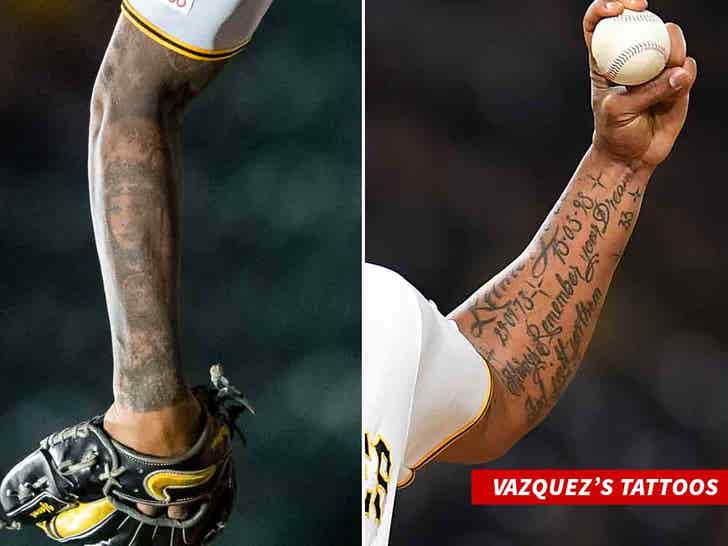 Cops claim Vazquez admitted to the crime during a Sept. 17 interrogation … telling investigators he had “sex but not really” with the victim.

Vazquez was initially charged with 3 felonies in Pennsylvania — including statutory sexual assault, unlawful contact with a minor and corruption of minors.

Vazquez is also facing 2 felony charges in the case in Florida — where the alleged victim’s mom initially reported the relationship to authorities.