If you’ve got a few truckloads of cash laying around and can foot the $275,000/week charter rate, then you’ll be able to experience firsthand what luxury is like aboard the Lady Michelle, a 180-foot superyacht with a full complement of aquatic toys (anyone for a turn on the inflatable water slide?), an onboard jacuzzi, a clutch of ritzy formal dining rooms and a custom-crafted food and drink menu fit for this level of elite guest. If you’ve got it, flaunt it, right? But for the rest of us, to live vicariously through the assorted maritime workplace dramas of the “Below Deck Mediterranean” cast will do quite nicely.

Sandy Yawn, the sure handed, “tough but fair” captain of the Bravo hit’s last five seasons, returns for “Below Deck Med” season six, which will sail in waters off Croatia. Fan favorite bosun Malia White is back on board, too, alongside a round of fresh faces ready for the chaos and camaraderie of yachty life. In this exclusive interview, deckhand Mzi “Zee” Dempers shared with Nicki Swift what it was like to experience “Below Deck” life, with all of its cramped crew quarters, long work hours, and legendary late night deck parties.

How did Mzi 'Zee' Dempers train for the yachty life? 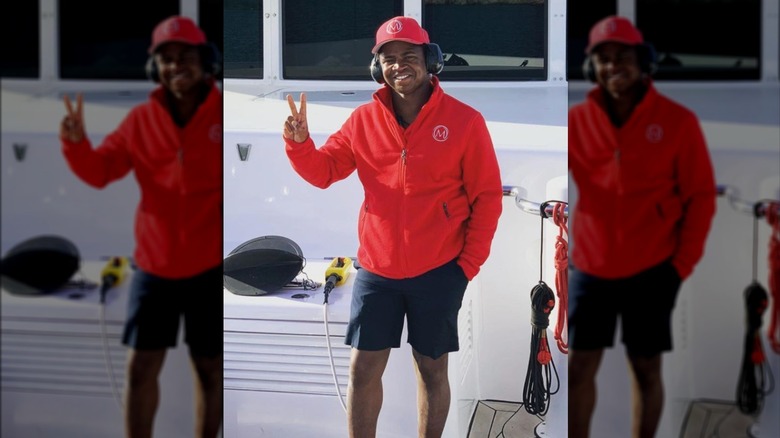 Let’s start with a little personal history, why don’t we? How long have you been a yachty?

So you mean courses in terms of training to be on the boat to be a crew member, right?

So give me a sense of what sort of training goes into that before you actually join your first crew.

I mean, there’s different levels to go into it. You can do your basic deckhand course if you want to be on exterior. That comes with basic maintenance techniques, learning about what different teaks do. I mean, the way to maintain teak, how to varnish, how to wash down, how to polish, all that simple stuff. And then there’s another level. If you want to do your Yachtmasters, and then you learn navigation and a whole bunch of more interesting things. There’s different levels, I would say, as to how you want to enter.

Zee Dempers on getting cast on Below Deck Mediterranean 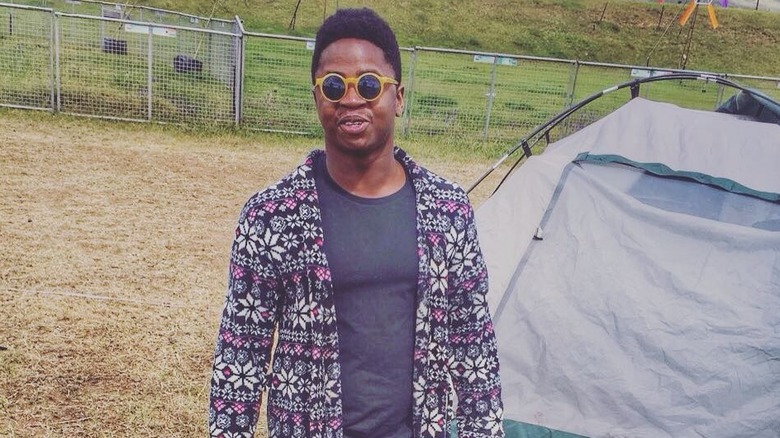 How did you end up getting cast on “Below Deck Mediterranean”?

How many crews have you been on before you joined “Below Deck Mediterranean” for season six?

So, I mean, the crews that I’ve worked with in Cape Town have all been relatively small, nothing huge. Worked on a fairly small charter boat with, I would say it was four people in the whole team. And then after that, [I] worked in a bit of a bigger boat, but that was day work for three months. That was a crew of about 13, so it’s a 70 meter. But that was just day work. So those are the two different scenarios that I’ve been placed in before. 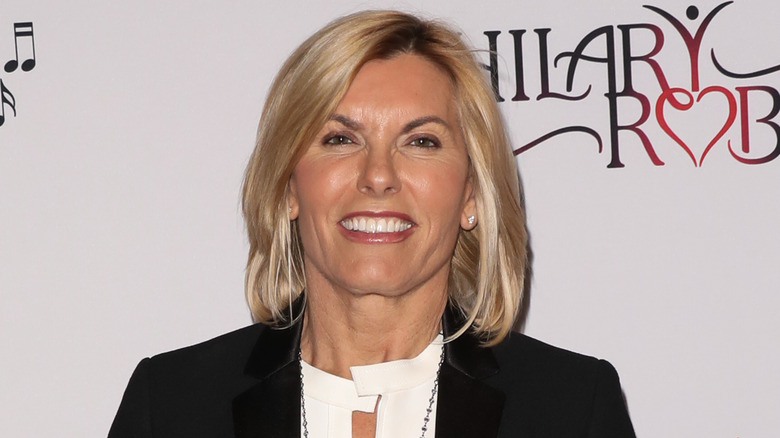 For Season 6, you’re with Captain Sandy Yawn. She’s known for being tough but fair, I guess, is a good way to characterize her management style. What would you say your experience was like working for Captain Sandy?

I mean, me personally, I thoroughly enjoyed it. I think, like you said, she’s tough but fair. And for me, I thought that at times it was difficult to read her emotions and gauge as to where you stood with her. Which obviously makes things quite difficult, because you want to always be on your best for the captain and get an understanding. But at the same time, she was very understanding and gave opportunity. If she saw that you were eager to actually progress in your yachting career, should she give you opportunity and try to train you and teach you, and I don’t think you find that very often. So I think she was great.

That’s great. So, she could be like a mentor as much as she is a captain out there.

Exactly, exactly. I think she would give a lot of opportunities that normal captains may necessarily not give. So I think it was good.

What is it really like working, living, and loving on a Below Deck crew? 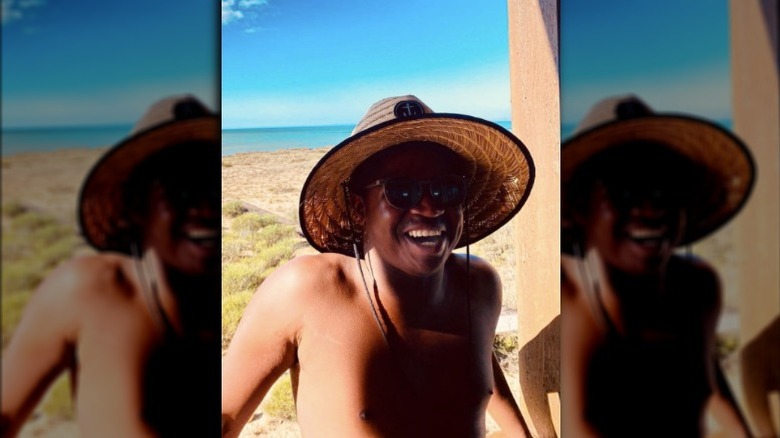 Season 6 is underway and by now we all know the score, how it usually goes: The crew meets, then there are hookups, and then the season follows the boatmances, right, throughout the season. Can we expect more of that in Season 6 as it unfolds?

I mean, I don’t want to give any spoilers, because I think that’s for everybody to see. But I think people can generally expect a fairly wholesome season, but of course drama. But I just think a lot of great people coming together and from all different backgrounds and just a great combination of people. I think that’s the best part of it.

Would you call that interpersonal nature, that camaraderie, is that one of the best elements of the yachty life?

I mean, I think every yacht’s different, just because, I mean, you always have a d**khead in the situation that’s going to make things difficult and just go at people all the time. So I don’t think every yacht’s the same, but I think with … I mean, as us, as Lady Michelle, we had a great crew, which is special.

Do you think that boatmances are part of life on the ships? Are they inevitable?

I mean, it’s difficult to fight love. The heart wants what the heart wants. And at times, obviously, it can make and break situations, obviously because you’re living in such close quarters. So I think boat romances are a little bit more difficult to navigate than a relationship in real life. But I do think it’s part of life. So it’s going to happen whether you like it or not at times.

I think, I mean, if it happens to me, I’m the type of person to just roll the dice and go with it. 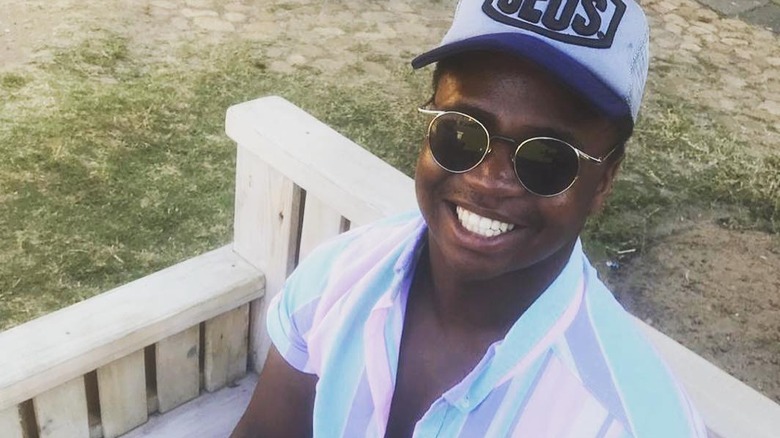 The “Below Deck Mediterranean” Season 6 trailer begins with you falling backwards off of a cement wall. Lots of camaraderie there, it looked like. Partying seems to be part of the job with yachting, right?

Yeah, I mean, I think with any industry that you go into, partying is going to be involved. Because after work, you tap off and you want to release a little bit. So I definitely think that it’s a part of everything. Not necessarily just yachting, but I think in yachting it’s a lot more highlighted, because at times you can go a good couple months without having any off time. So when you get that chance to go grab a beer with the crew or do something, actually like, “Yes, it’s time.”

Given the close quarters, long hours, and working conditions, it’s easy to see how drama creeps in, but do you feel like the producers juice that up a bit, or is it the drama that we see is the drama that happened?

No, I think that realistically you have cameras around you all the time. And if you’re doing your job, if you’re doing any profession, if you’re getting filmed all the time, everything can get created into drama, you know what I mean? If you’re sitting for 24 hours and you’re getting filmed all the time, if things can get edited in a certain way to make it look dramatic. So there’s, for me, I thought there was no pressure or anything like that from production. It was all very genuine and very real. There’s just, obviously, there’s so much footage at the end of the day.

Obviously, the guests are number one on these voyages, but guests can be crazy, too. Do you feel like you’ve had nightmare guest stories over the years of your experience in the business?

I mean, for me, I think because obviously I’m relatively new to the whole chartering side of everything. This was my first real experience of having charter guests turning all the time. So I didn’t have any real bad situations or guests. I felt like all the guests we had were, they behaved like normal people. But I think working in hospitality previously, I think then you see another side of people, too. So in that sense, yes, I’ve definitely experienced bad people as guests of a restaurant. But I think everywhere there’s going to be bad people, it’s just a part of life.

What is the next move for Below Deck Mediterranean's newest star? 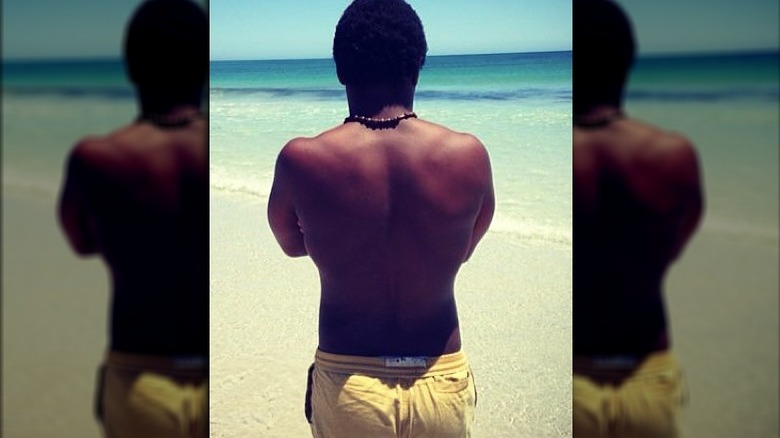 Do you feel like you’re going to stay in the yachting industry, moving forward?

Yeah, definitely going to stay in the yachting industry. Just the moment I’m stuck in Cape Town, in South Africa. And we are on the red list to most countries around the world. So it’s actually quite difficult to get a Visa to go anywhere at the moment. But as soon as things open up, I definitely will be getting back in.

I mean, for me, yes I want to create yachting as a career. Yeah. So I mean obviously, being on a reality TV show, now your CV is basically on video for the world to see. There’s no hiding anything and that’s fair enough. I think that’s more than fair enough.

Had you seen the show as it exists before you joined the show, you know what I mean? Have you seen episodes or seasons of Below Deck?

Yeah, I had seen a couple of episodes and seasons before I joined.

So you knew what you’re in for?

Yeah. I think it’s almost like it prepares you more in a way as before going into. So I did have an understanding, but at the same time, like I said, every situation can be different. So you can’t just be like, “Okay, that happened there, so this is going to happen to me,” because it’s not going to be like that.

Yes, the money is really that good on Below Deck Mediterranean 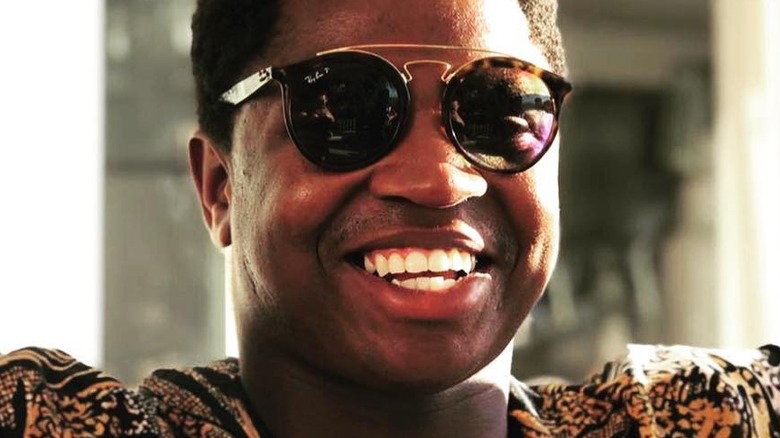 The last season of the Below Deck sailing yacht show, that crew, they cleared $11,000 in tips for a six-week voyage. So it seems like the money’s pretty good in yachting, right? Do you feel like that’s a good side of it?

Yeah, to answer, the money is definitely, I think, one of the big attractions to people. It’s because a lot of the time it’s tax-free, so you [make] silly amounts [of] money tax-free that you wouldn’t necessarily be able to make in your nine-to-five job. And you’re traveling the world, seeing different cultures. And I think all of it coming together is all part of wanting to be that experience.

Is it tax-free because it’s at sea or something? It’s a duty thing? Is that how it works?

I might have to give up this writing job and get a job in yachts. What’s the best tip you ever got personally?

I think the best tip for me was probably this season. I think it was probably 2000, 2000 and something dollars for three days of work, and that’s not too normal.

I mean, it’s not typical in your normal nine-to-five, but in yachting it’s relatively standard.

“Below Deck Mediterranean” airs Mondays on Bravo. All new episodes will be available on Peacock one week early, starting June 21.