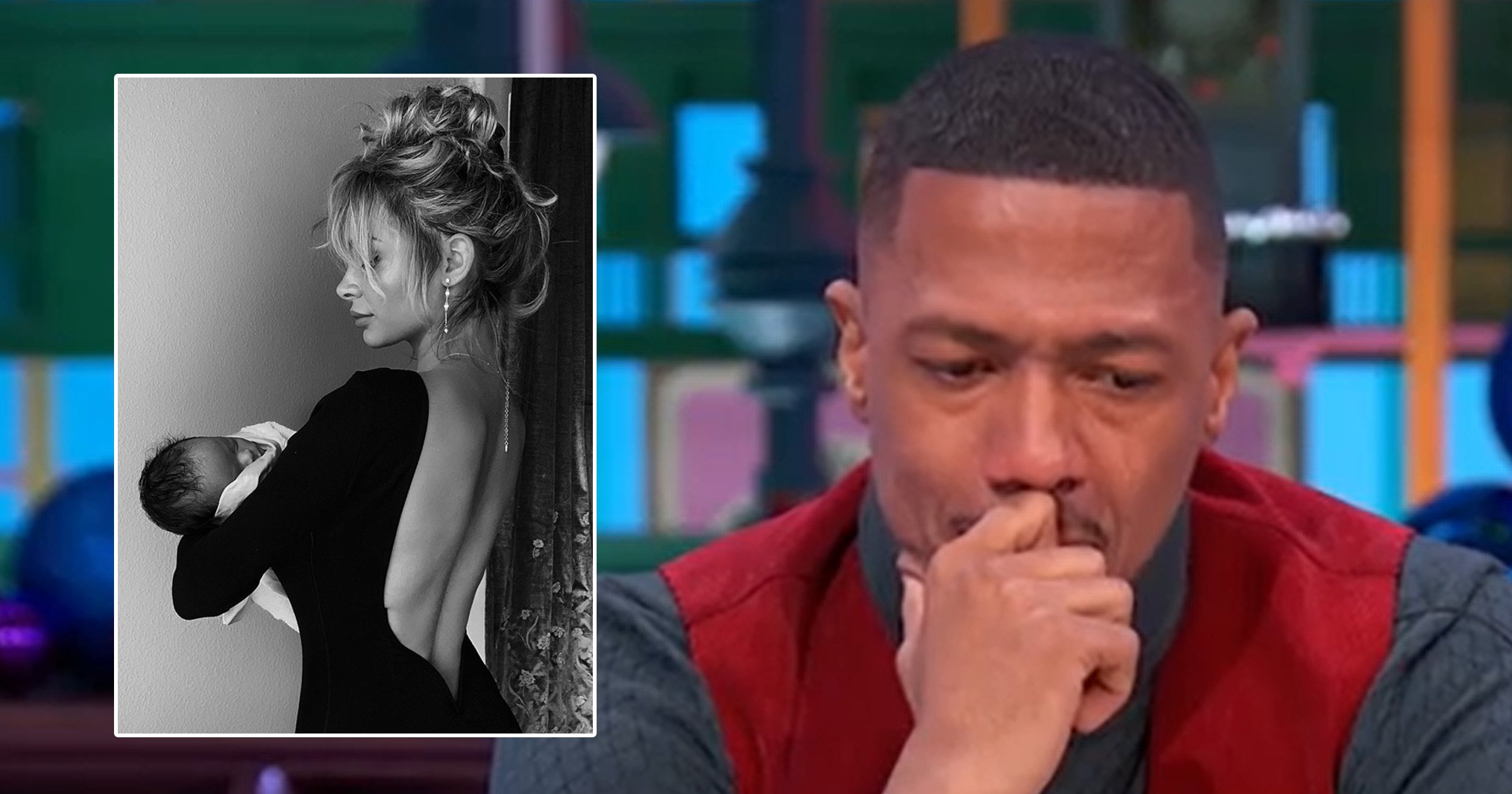 Nick Cannon has confirmed the tragic news that his five-month-old son Zen has died.

The star, 41, made the heartbreaking announcement on Tuesday’s episode of the Nick Cannon Show, explaining that he died after suffering from a rare brain tumor.

The host welcomed his seventh child with Alyssa Scott in June of this year, and became emotional when discussing the moment they discovered that their little one was battling Hydrocephalus.

‘I always noticed he had a cough and so I wanted to check it out,’ he began.

‘He had this interesting breathing, and by the time he was two months old, I noticed he had a nice sized head, I call it a Cannon head.

‘We didn’t think anything about it, he had a normal Cannon head. But I really wanted to take him to the doctor to get the breathing and his sinus checked out. We thought it would be routine.’

Sadly, doctors informed the family that Zen had fluid building up in his head, and that it was a malignant tumor.

‘The tumor began to grow a lot faster, and we knew that time was…’ he continued, before pausing to gather himself.

Detailing their last days together, Nick thanked the doctors for all their help, and explained that he made sure the family had ‘the most quality time’.

‘This weekend I made an effort to spend the most quality time with Zen,’ he told the audience through tears. ‘We woke up on Sunday, we got a chance to go to the ocean.

‘I got a call on my way to the airport to head back to Zen.’

He shared that he held his son for the last time over the weekend, and returned to work soon after the tragedy as he needed to keep busy.

Describing the episode as a ‘celebration of life’ for Zen, he added: ‘You can’t heal until you feel’.

The audience applauded as he dedicated the instalment to his late son.

Nick later shared a video of his monologue on Instagram, with fans flooding the post with tributes.

‘Hoping angels are watching over you and your family,’ a follower replied.

‘I am so sorry I know the feeling my condolences to you and your family,’ another said.

‘My deepest most heartfelt condolences to you and your family,’ an Instagram user posted.

‘This is soooooo heartbreaking, holding back tears while watching this. Praying for you and his mom,’ one commented.

As a fan added: ‘My condolences Nick I truly know what your going thru and feeling ……. To you and your love ones [sic].’

Alyssa announced his arrival on Instagram, with sweet black-and-white photos.

The former America’s Got Talent host is also father to twins Moroccan and Monroe, with Mariah Carey, Powerful Queen and Sagon, with Brittany Bell, and Zion and Zillionaire, with Abby De La Rosa.