An obituary in the New York Times confirmed that Smith died on September 7 at her home in San Francisco, surrounded by her husband, son, brother and friends.

In a poignant scene, Dolly tells Fern: ‘You could see me when I was hiding from everybody else. Sometimes you could see me before I saw myself. I needed that in my life.’

Smith and McDormand met at Yale and had been close friends for decades with McDormand calling the actress her ‘best friend’.

In a statement to the San Francisco Chronicle, the Oscar winner said: ‘We had a 42-year friendship that incorporated our ambitions, our dreams, our successes and our failures. I am as proud of that deep friendship as I am of my 38-year marriage and being a mother to my adored son.’

Smith had been ill during the filming of Nomadland, with her health declining during production.

Smith was Conservatory Director at American Conservatory Theatre in San Francisco for 25 years, mentoring hundreds of students during that time. 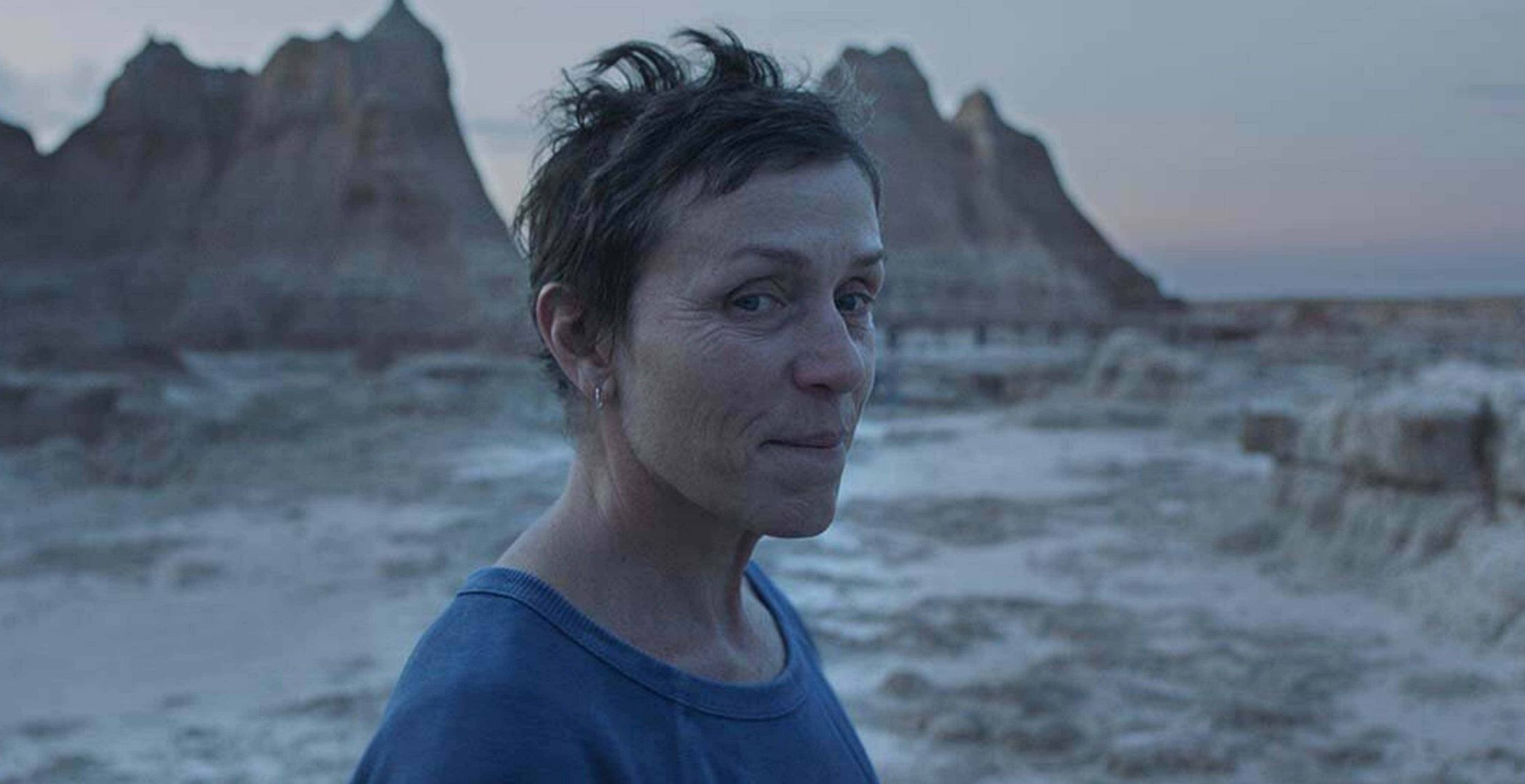 Her obituary read: ‘She had a passion and a deep devotion to teaching and her students were moved not only by her urgency, intelligence, her husky “bourbon laugh”, but also by her magical gift of perception that allowed them to know that they had been “seen”.

‘According to the ACT community, she continuously emphasised truth, urging students to be vulnerable, while having the patience to guide them through the “rough and tumble of becoming an actor”. She had a considerable force in any room with her intense blue eyes, and no reluctance to butt heads, so many were incredulous that death could have taken her so soon.’

Prior to her teaching career, Smith starred in many stage productions, including Uncle Vanya at the Yale Repertory Theater with Glenn Close and Marie and Bruce at the Yale Cabaret.

Even after she took up her post at ACT, she continued to act, starring in Continental Divide for Berkely Rep, in Birmingham, England, and at London’s Barbican Center, Harold Pinter’s Celebration at ACT, and Blithe Spirit at California Shakespeare Theatre.

It was through her love of drama that she met her husband David Keith, as they met as fellow students at the Yale School of Drama and married six years on.

Smith is survived by her husband, their son Owen, her mother, brother, sister and other family members.