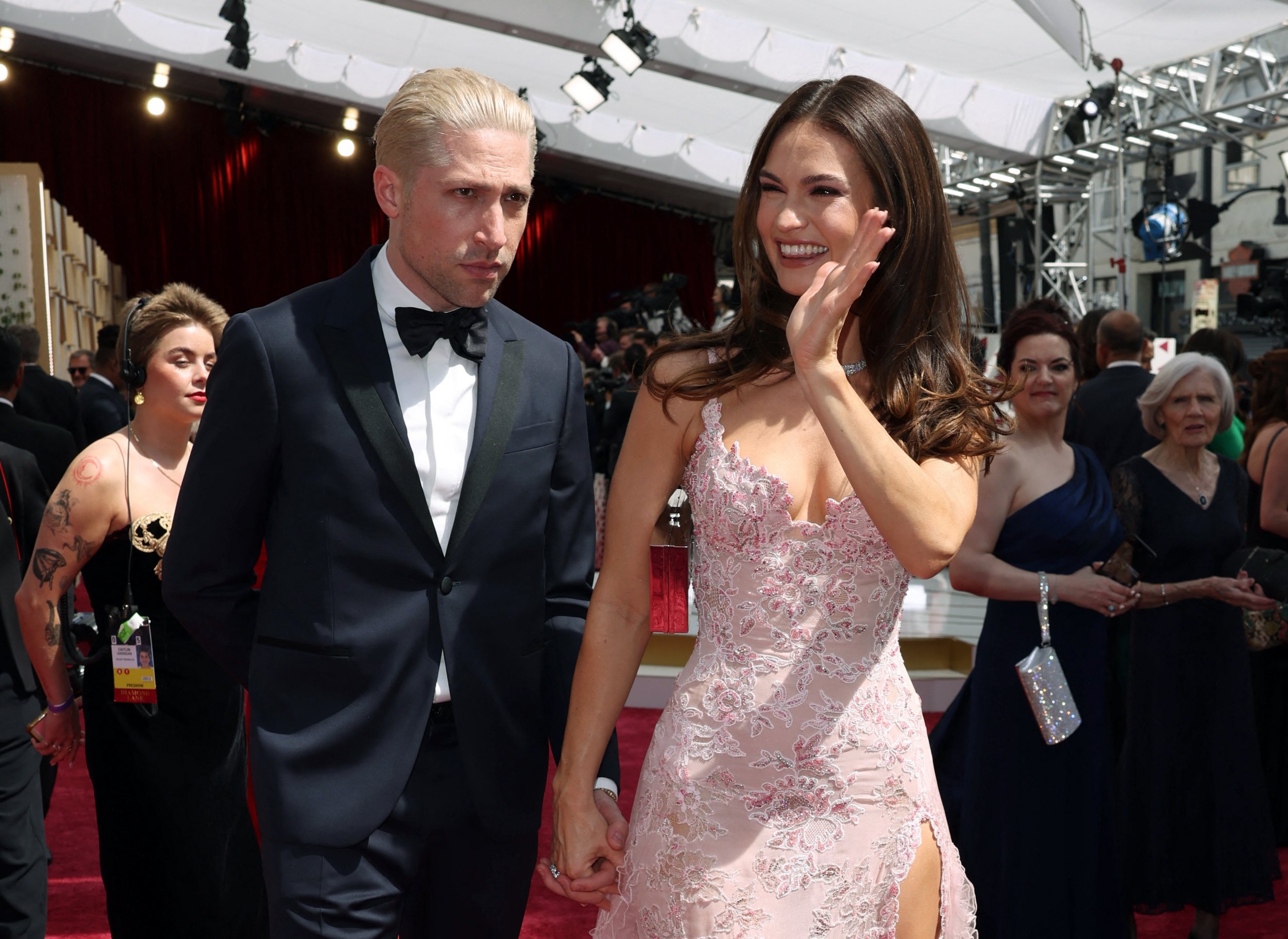 Lily James and her boyfriend Michael Shuman have made their red carpet debut at the Oscars 2022 (where else?!) and they’re just adorable.

The Pam & Tommy actress looked pretty in pink as she walked the red carpet, waving to fans.

Holding her hand was her boyfriend Michael, and the pair look like an absolute dream.

Lily, 32, looked absolutely stunning in a flowing pink lacy number with a thigh slit, as she rocked matching shoes, while Queens of the Stone Age star Michael, 36, looked completely suave in a suit.

The pair seemed totally loved up as they took on the red carpet together.

The couple are believed to have been dating for around a year and were first linked in May 2021 when they were reportedly seen in an embrace outside a Suffolk hotel.

An eyewitness told the MailOnline at the time: ‘Lily’s driver turned up after 9am, then she and Michael emerged from the hotel together a few minutes later.

‘They were laughing and joking and looked very happy together.’

However, they’ve very much kept their romance private, with Lily only recently going Instagram official with her beau.

They were of course, joined by celeb couples galore on the red carpet including Kourtney Kardashian and Travis Barker who did not hold back on the PDA (who’s shocked?).

The pair shared a snog as they posed for the cameras, clearly only having eyes for each other on the big night.

Stars have flocked to the Dolby Theate in Hollywood for this year’s Academy Awards.

After last year’s subdued affair, things are back to full glitz and glam this year, with not one, not two, but three hosts – Wanda Sykes, Regina Hall, and Amy Schumer.