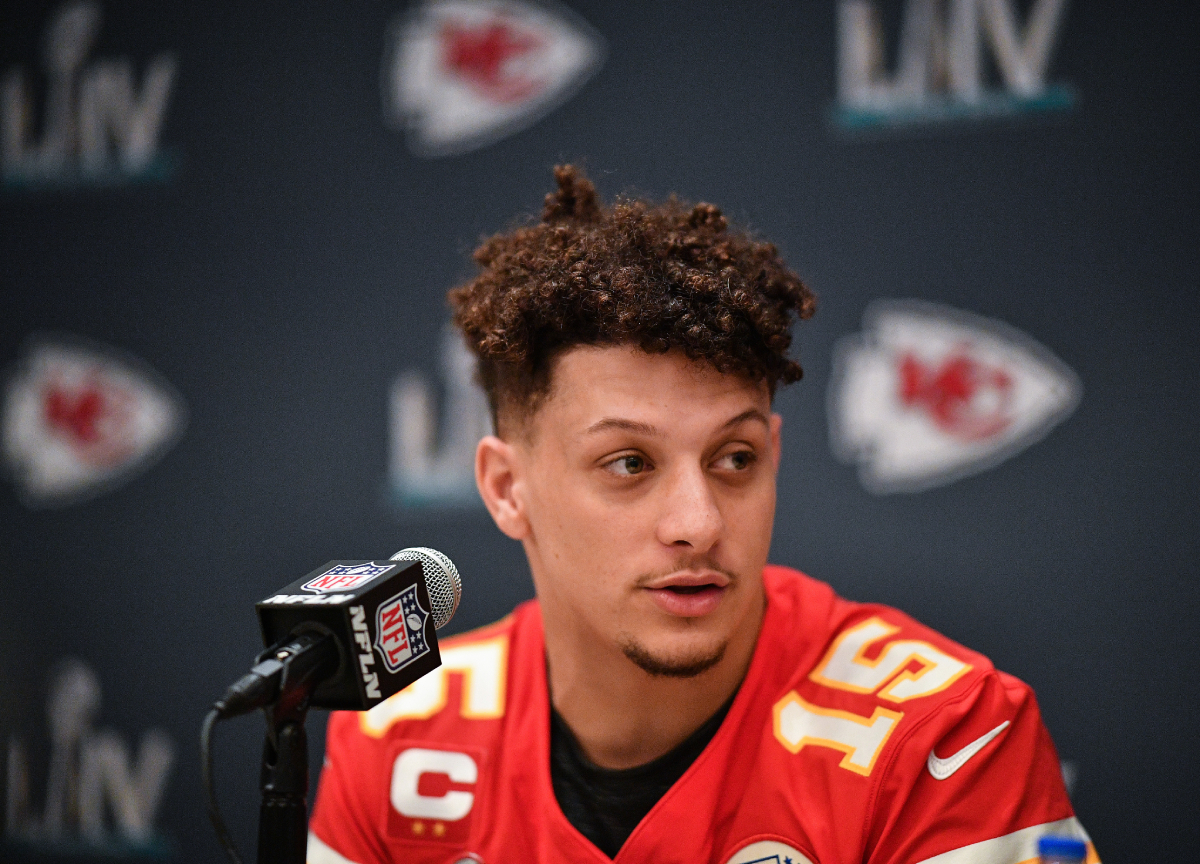 Patrick Mahomes‘ brother Jackson caused a stir recently when the Kansas City Chiefs lost to the Baltimore Ravens. The 21-year-old went viral — and not in a good way — for an incident that took place at M&T Bank Stadium after the Chiefs’ Sunday night football game on September 19.

The drama led to the Chief’s QB and even the Mayor of Kansas City having to take the time to address the situation.

Patrick Mahomes lost his first game in the month of September

When Mahomes and the Chiefs faced off against the Ravens on Sunday Night Football, it resulted in Kansas City’s first loss of the season. It was also Mahomes’ first-ever loss in September.

Mahomes came into the game with a pro career record of 11-0 in September, with 35 touchdown passes and no interceptions. But in the Ravens game, Mahomes went 24 for 31 with 343 passing yards, three touchdown passes, and one interception to Tavon Young. The Chiefs went into the 4th quarter with a 35-24 lead, but things unraveled in the final 15 minutes. The Chiefs ended up losing to the Ravens by the score of 36-35.

After the tough loss to the Ravens, there was an incident in the stands involving Mahomes’ younger brother Patrick. The younger Mahomes was with his soon-to-be sister-in-law Brittany Matthews, when several Ravens fans started heckling the duo.

What happened next was caught on video and posted on social media. Jackson apparently got frustrated with the words coming out of the Ravens fans’ mouths. So, he pulled out a bottle of water, took off the cap, and dumped the water on the Ravens fans in front of him.

It was pretty clear in the clip that the Ravens’ fans were taunting Jackson, and he responded in the exact way they were hoping for. After he dumped his water bottle, Jackson immediately turned around and left the situation.

The video of the water pouring incident immediately went viral. Jackson quickly responded, and told his followers on social media that he poured water on the Ravens fans because “they were thirsty.”

Jackson has become a bit of a social media star during Patrick’s rise to the top of the NFL. His biggest following is on TikTok, where he has nearly one million followers. He also has more than a quarter-million followers on Instagram and more than 30,000 on Twitter.

Jackson has gotten used to going viral in recent years, but not because of videos someone else posted. The haters came out in full force to condemn his actions, but the mayor of Kansas City, Quinton Lucas, came to his defense. He simply tweeted, “Leave Jackson Mahomes alone.”

In response, Patrick Mahomes’ partner Matthews wrote, “Preach.” But, not everyone agreed that the 21-year-old should get a pass for his behavior.

“So you condone his behavior?” @DisGuy1282 asked. “You condone him representing your city’s NFL franchise by visiting another city and throwing water on the opposing fan base because they heckled him?”

“With all due respect Quinton, Jackson was in the wrong and needs to be better. He clearly let the heckling fan get under his skin after a loss. Gotta just say GG and walk away,” @ChiefsAholic wrote.

One Chiefs fan did stick up for Jackson and wrote, “Some of the people replying here have obviously never seen the shit Jackson gets on social media. Day in and day out he is being cyberbullied and all he’s trying to do is live his best life.”

When the Chiefs quarterback faced the media in his weekly meeting, he told reporters that Jackson’s behavior was obviously “something we don’t necessarily want to do.” However, Patrick explained that the video didn’t tell the whole story.

“There was things said to him and [my fiancée] Brittany that you don’t see kind of on the clip,” Patrick said, according to TMZ. “He’s been good at not trying to respond to that stuff. He takes a lot and he’s usually pretty good at it. He’ll learn from it and just try to stay away from those people best he can.”