Rihanna was spotted flaunting a sleeveless hot pink dress that was trimmed in light blue feathers at the bottom while walking outside Giorgio Baldi restaurant.

Rihanna, 34, recently turned heads when she was photographed walking outside a fancy Los Angeles, CA restaurant while putting her baby bump on display in a stylish outfit. The singer, who has had headline-making maternity fashion choices since announcing her first pregnancy earlier this year, wore a hot pink mini dress with spaghetti straps and a light blue feather lining at the bottom as she went to enjoy an Italian dinner at Giorgio Baldi. She also rocked green heels and held a feathery purse that matched the feathers on her dress. 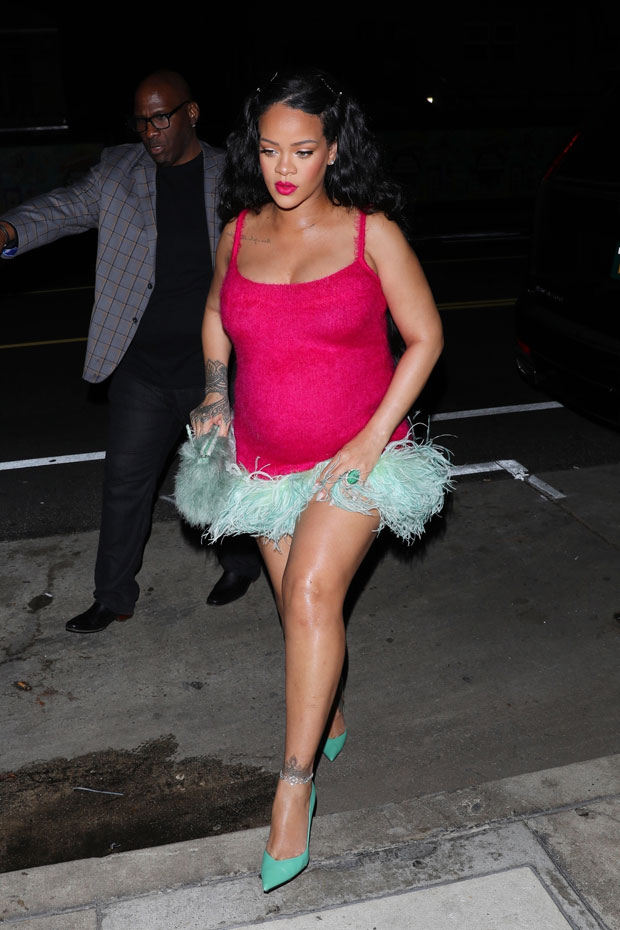 The soon-to-be mother also had her dark hair curly and parts of it down while other parts were pinned back, and wore hot pink lipstick that matched the outfit of choice. The rest of her makeup helped to bring out her gorgeous features. 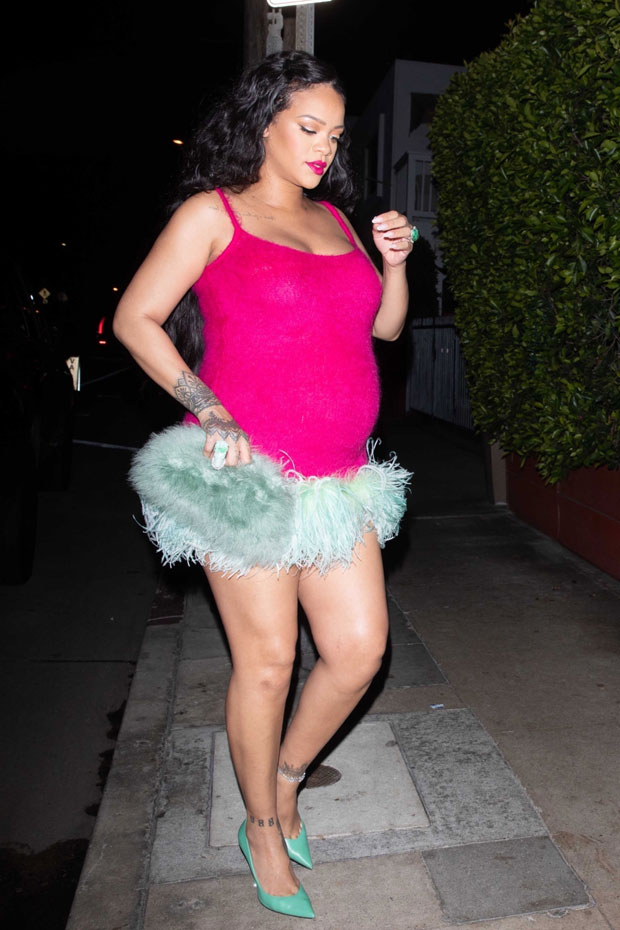 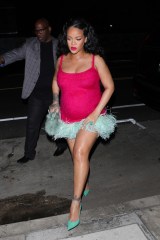 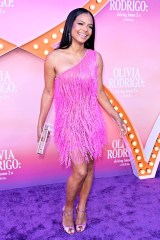 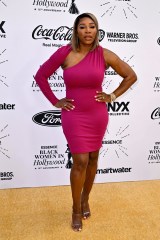 Rihanna’s latest outing isn’t the first time she’s wowed while pregnant. The “Umbrella” crooner seems to love flaunting her bump in beautiful clothing and got attention on Thursday, when she stepped out with the A$AP Rocky, her boyfriend and the father of her child. She and the rapper were walking out of a building when they were photographed in casual yet cool outfits.

Rihanna donned a black plunging top with leather pants while her beau wore a black and white bomber-style jacket over a red hoodie and jeans. They also added cool shoes to their attire, including black and tan shoes for Rihanna and tan boots for Rocky.

When Rihanna’s not wowing during fancy events or outings, she’s making headlines for being just like everyone else and enjoying fast food every once in a while. She was seen visiting a Jack in the Box in L.A. on March 29 as she wore a black bra top and loose black pants. She also added sunglasses to the look as she held a drink from the fast food restaurant and walked by photographers to also visit a friend.