Stassi Schroeder is still shook that she’s part of her ex-boyfriend Jax Taylor’s upcoming nuptials to Brittany Cartwright, but the Vanderpump Rules star has no doubts that he will be a good husband.

“I say this all the time, like, ‘Oh my God.’ It’s so normal for me, but when I put myself back there eight years ago I’m like, ‘What the f—-k,’” the 31-year-old told Us Weekly exclusively at National #OOTD Day with Stassi Schroeder, sponsored by JustFab, on Tuesday, June 25. “But I mean, I’m so happy for them and I’m so excited.”

Stassi and Jax started dating before season 1 of Vanderpump Rules premiered in 2013. The twosome ended their on-off relationship for good during season 2. Now, the 39-year-old SUR bartender is set to marry Brittany, 30, at The Kentucky Castle, in Versailles, Kentucky on Saturday, June 29. 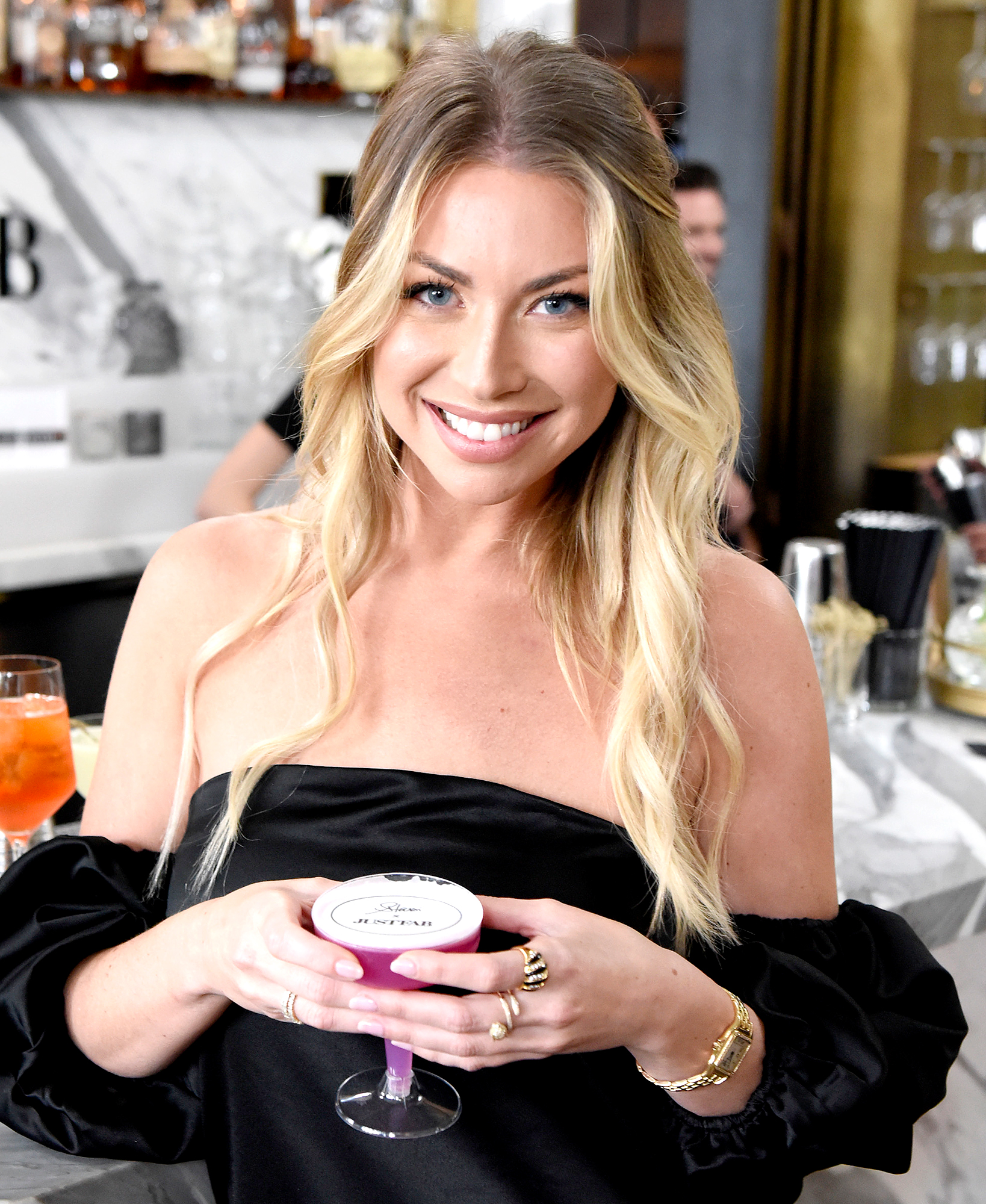 “It’s a castle! I mean how cool is that? So I’m really excited to stay in a castle,” Stassi told Us, noting she is heading to Kentucky on Wednesday, June 26. “They’re feeling great, honestly. No complaints. They’re already there.”

While the Next Level Basic author’s relationship with Jax ended because he was unfaithful, Stassi told Us that he is ready to take the next step with Brittany.

“I’ve watched him change so much over the years and really shift,” she told Us. “And he is just so ready. He is so thirsty for it. He’s like on a deserted island just desperate for family life.”

Stassi, for her part, has been open about her own plans to marry and start a family with current boyfriend Beau Clark, but for now, the “Straight Up With Stassi” podcast host is focusing on her new clothing line with JustFab.

“I just wanted it to be everything that I would wear, selfishly. I love monochromatic looks so there are a lot of monochromatic looks,” Stassi told Us at her second annual #OOTD Day on Tuesday about the collection. “I love a cold shoulder, I love a high neck piece, I love sets, so I wanted it to be something that I’m gonna wear all of this stuff. And if you’re not into sets or you’re not into a monochromatic look, you can switch it up and do what you want with it. You can take it from day to night if you want. It’s pieces that are staples that you want to have in your closet.”

The Bravo star added that it may even be time to bring back her former signature look — statement necklaces.

“It’s been enough time. It’s been like a good four years since anyone’s worn a statement necklace and I feel like if we all committed at the same time, we could bring them back,” Stassi told Us. “You know like when the Kardashians bring back things? We could do it.”

With reporting by Kayley Stumpe