You just never know where Rihanna will pop up. One fan got the run-in of a lifetime when they bumped into the ‘Work’ singer while at a gas station in her native Barbados.

“One in a million. My Christmas just got merry,” one delighted Rihanna fan said in what may be the understatement of the holiday season. This lucky unnamed person bumped into Rihanna, 32, at a “random gas station” in Barbados and captured the encounter in a video that they posted online on Dec. 20. Rihanna, who arrived in her native country last week, posed for a selfie with the fan. “We’re not even buying gas,” she said. “We’re not even driving.” She gave her home a shoutout (“BARBADOS!”) while giving this fan a memory that will last a lifetime.

Rihanna landed in Barbados via private jet last week. Presumably, she’s spending Christmas with her family on the island. It was noted that she was traveling without ASAP, Rocky. Rihanna and Rocky, 32, seemingly began dating after she and longtime boyfriend Hassan Jameel called it quits at the start of 2020. This rumored relationship was seemingly confirmed after the couple was spotted having dinner in New York City on Nov. 28. Shortly afterward, the couple was seen braving the bitter New York winter together. The two of them were spotted out and about in the Big Apple. 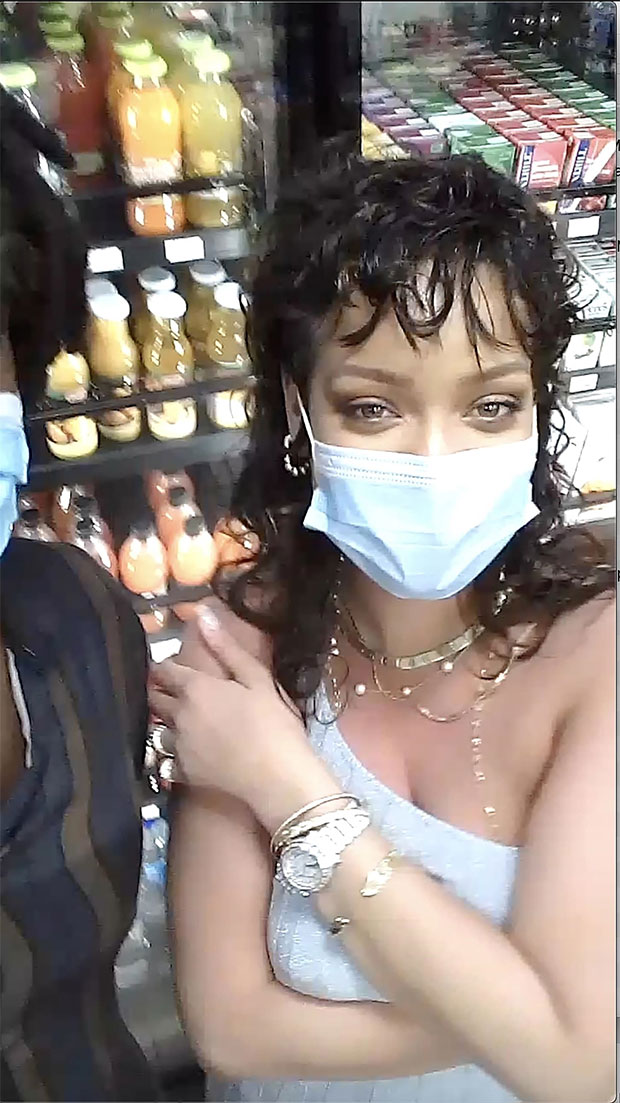 At first, Rocky and Rihanna were just “good friends,” and they have a long history of “hanging out” together. These two weren’t dating at the start of 2020, but a source explained to HollywoodLife how this friendship “blossomed into something more.”

“It really was a case of the right timing because there has always been an attraction,” the insider shared. With 2020 putting everything on hold, Rocky and Rihanna have had “more downtime” than they normally would, and so, they were able to get to know each other better. They felt a spark, and from there, a relationship bloomed, per the insider. “Rihanna seems to be very, very happy with him.”

Rocky shared some insight into his relationship with Rihanna during a joint interview with GQ in August. He joined Rihanna’s Fenty Skin campaign a month prior, and he dished about how sometimes it’s a struggle to keep it professional. “I think the hardest part about working with you is not goofin’ off and laughing the whole time. Like this s— is comedy,” he said. “The hardest part is not having too much fun. You just forget that it’s still work at the end of the day.”