Hannah Gutierrez Reed, the armorer on the set of “Rust” where the cinematographer was just accidentally shot and killed, may need to look for a new home.

The “Rust” armorer’s landlady revealed on Tuesday she’s kicking out the 24-year-old because she “doesn’t want her living there anymore.”

Reed’s home in Bullhead City, Arizona, is a two-bed property close to the Colorado River. Property websites estimate the home, built in 1978, is worth $190,000.

This is the home of Hannah Gutierrez-Reed, who was working as armorer on the movie ‘Rust’ when Alex Baldwin accidentally shot and killed cinematographer Halyna Hutchins.
(Backgrid)

“I want her out,” said the landlady, who declined to give her name. “I’ve told her she has to go.”

The run-down dwelling has a broken door and is opposite from where the landlady resides. It features a scruffy-looking hammock that has been fitted at the rear of Reed’s home, next to a broken-down barbecue and some disused shelving. There is no garden, just a scruffy patch of earth.

Despite being close to the Colorado River, it has no views of it. Instead, the windows only look out onto neighboring homes. The roof appeared as though it needed repairs and there is a satellite dish fitted. There is an air conditioning unit visible, as well as a moldy-looking skylight. A row of garages has been built adjoining the 1,000 sq. ft. home. It is believed Reed has lived there for the past year. 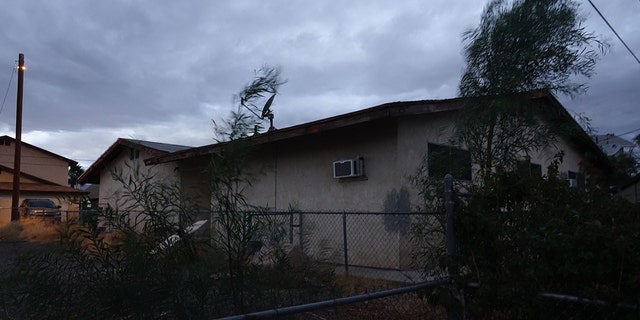 The two-bed, scruffy-looking property, which is close to the Colorado River, is in Bullhead City, Arizona.
(Backgrid)

The house next door to Reed has a burnt-out RV in the drive.

“I don’t know her but I see her coming and going,” said the neighbor. “It’s just a small place, it’s no palace.”

A former neighbor also chimed, “I remember her because she had blonde hair then. She shared the place with other youngsters. They were coming and going all the time and the place is a wreck. I can’t imagine what it’s like inside.” 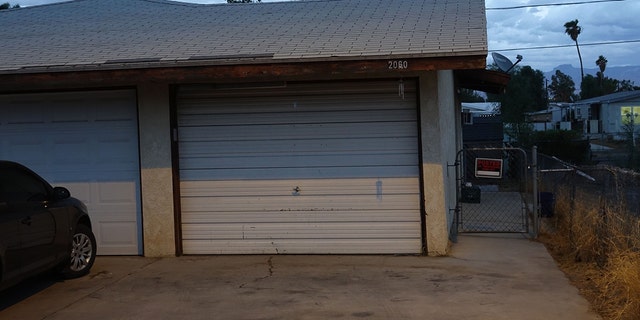 Authorities are investigating after confirming that a prop firearm discharged by Alec Baldwin while producing and starring in “Rust” killed cinematographer Halyna Hutchins and wounded director Joel Souza. The shooting took place Thursday on the rustic film set in the desert on the southern outskirts of Santa Fe, New Mexico.

Hutchins, 42, was airlifted to the University of New Mexico Hospital, where she was pronounced dead by medical personnel, the sheriff’s department said. Souza, 48, was taken by ambulance to Christus St. Vincent Regional Medical Center and has since been released. Production has been halted.

Reed, the armorer on the set, recently said on a podcast that the best part of her job is showing people that guns aren’t as scary as one may think. 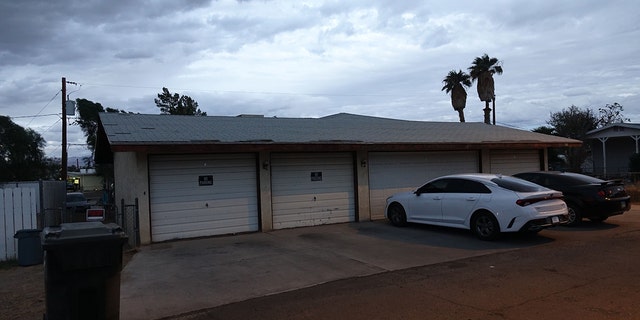 “I think the best part about my job is just showing people who are normally kind of freaked out by guns how safe they can be and how they’re not really problematic unless put in the wrong hands,” Reed said on “Voices of the West.”

Reed revealed “Rust” was her second movie where she was in charge of the weapons on set. Her father, Thell Reed, is also a well-known Hollywood armorer.

Reed also said on the podcast that “loading blanks” into a prop gun is the “scariest thing to me.” 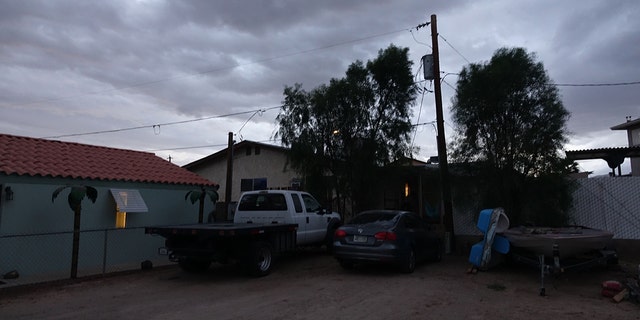 It is believed Hannah Gutierrez Reed, 24, has lived in the scrappy property for the past year.
(Backgrid)

“You have to like look at the front of it and determine which one is the blank if it’s dummied up. That’s how I tell at least,” she explained. “Every movie I’m learning new and new things — it’s all very quick.”

Reid Russell, a camera operator who was working on the film’s set that day, noted to detectives in a newly released affidavit that Baldwin, 63, was very careful when it came to the use of prop firearms while filming prior to the incident. 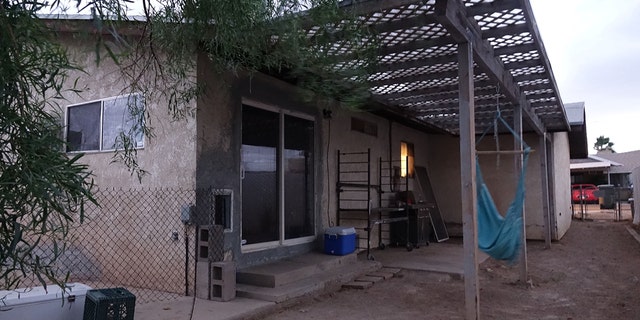 According to the warrant affidavit, which was obtained by Fox News, Russell actually commended the actor for his conduct during a prior scene that involved discharging a firearm. He noted that the actor observed all the safety protocols and even did an extra check-in with the crew to make sure no one was near him. Specifically, he made sure a child who was on set that day wasn’t anywhere near him when discharging the weapon.

Unfortunately, Baldwin was reportedly told by assistant director Dave Halls that he had a “cold gun,” a term used when a firearm being worked with on a set is not loaded with any live ammunition. When Baldwin pulled the trigger while working with Souza and Hutchins to set up a shot, it went off, resulting in one of the worst on-set tragedies in recent memory.

According to the warrant from the Santa Fe County Sheriff’s office, Souza explained that he heard “what sounded like a whip and then a loud pop. He noticed Hutchins grabbing her midsection as she stumbled backward. She “was assisted to the ground” by other crew members and Russell recalls Hutchins saying she could not feel her legs.

Filmmaker Halyna Hutchins is survived by her husband, Matthew Hutchins, with whom she had a son.
(Mat Hayward/Getty Images for AMC Networks)

“The safety of our cast and crew is the top priority of Rust Productions and everyone associated with the company,” Rust Movie Productions said in a statement to multiple outlets. “Though we were not made aware of any official complaints concerning weapon or prop safety on set, we will be conducting an internal review of our procedures while production is shut down. We will continue to cooperate with the Santa Fe authorities in their investigation and offer mental health services to the cast and crew during this tragic time.”