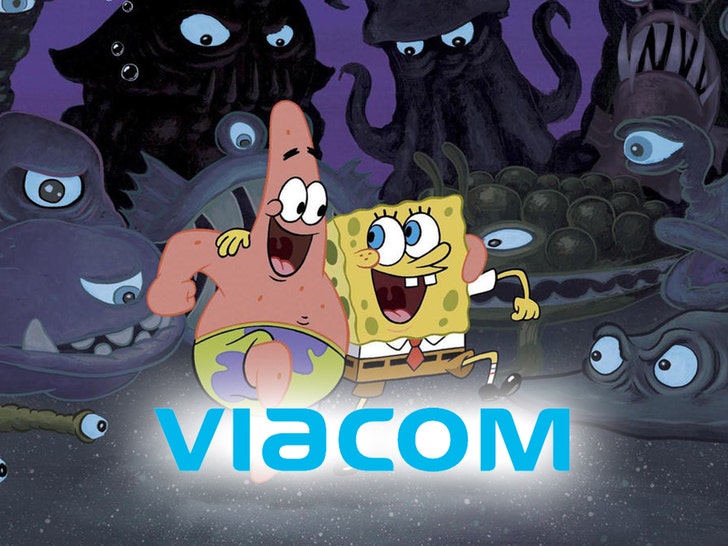 “SpongeBob SquarePants” honchos have a major problemo with a restaurant that sounds a lot like the spot where SpongeBob works … and they’re ready to fight in court about it.

Viacom’s suing the company that recently opened The Rusty Krab restaurant in downtown Houston, claiming it’s a blatant rip-off of the The Krusty Krab featured in the cartoon … according to new legal docs, obtained by TMZ.

Rusty Krab’s accused of infringing on Viacom’s ‘SpongeBob’ trademarks by using names, images, characters and re-creations from the show throughout its restaurant and on its menu, and according to the suit … even advertises the place as “Houston’s VERY FIRST Spongebob Squarepants Inspired Pop Up Restaurant and Bar!”

Viacom claims all of Rusty Krab’s marketing is geared toward kids and SpongeBob fans to deceive the public into thinking it’s officially affiliated with the show … only to leave parents who paid high ticket prices disappointed with the inauthentic experience and “purportedly unsanitary conditions and unsafe food.”

Among the many alleged infringements, Viacom says Rusty Krab’s drink menu uses numerous well-known hallmarks of ‘SBSP’ — like “Pineapple Under the Sea,” “Bikini Bottom,” “Secret Formula” and “I’m Ready” — to sell alcohol, which Viacom claims would violate its licensing policy for the trademarks on its kid’s show.

Viacom’s wants the restaurant to hand over any profits it’s made, so far, and is also suing to block it from doing further business.

We’ve reached out to Pixi Universal, the company responsible for The Rusty Krab … no word back yet.