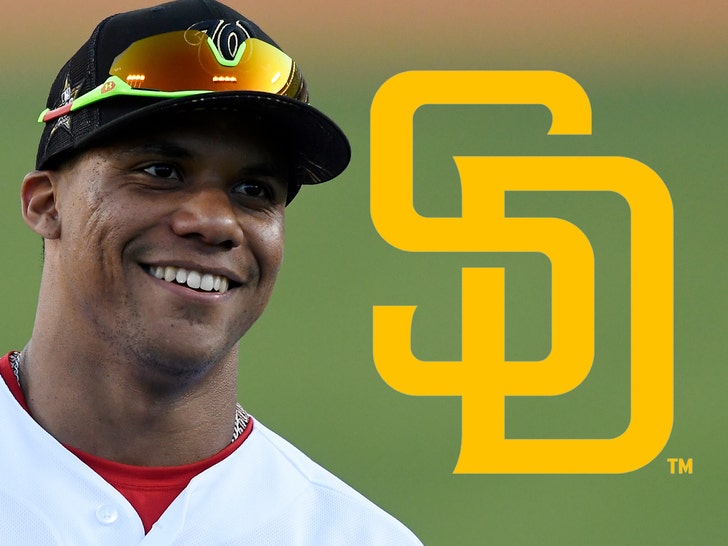 11:41 AM PT — After rejecting the trade, Hosmer has now reportedly been sent to the Boston Red Sox instead. A Nats-Padres deal for Soto, however, is still expected to be completed nonetheless.

10:44 AM PT — Hosmer will not be going to D.C. as part of the trade — he officially vetoed the deal, according to Mark Feinsand.

9:19 AM PT — According to both Morosi and Sherman, Hosmer has a no-trade clause that could prevent this iteration of the Nats-Pads deal from going through.

Hosmer, per the two MLB Network reporters, must waive the clause for the trade to become official.

MLB Network’s Jon Morosi reported the deal just went down minutes ago on Tuesday morning — with Washington agreeing to send the perennial All-Star along with slugger Josh Bell to San Diego for a bevy of players.

According to Morosi, in return for Soto and Bell, the Nats are getting three of the Padres’ top minor league prospects (pitcher Jarlin Susana and outfielders Robert Hassell III and James Wood), along with shortstop C.J. Abrams.

The trade is being touted as one of the biggest in MLB history — given just how good Soto is.

At only 23 years old, Soto is already a two-time All-Star, two-time Silver Slugger winner and a World Series champ. In his five MLB seasons, he has 119 home runs and a career batting average of .291.

The Padres — who also acquired All-Star closer Josh Hader from the Brewers this week — will now look to couple Soto with superstars Fernando Tatis Jr. and Manny Machado for the foreseeable future.

Yeah, good luck with pitching to that!