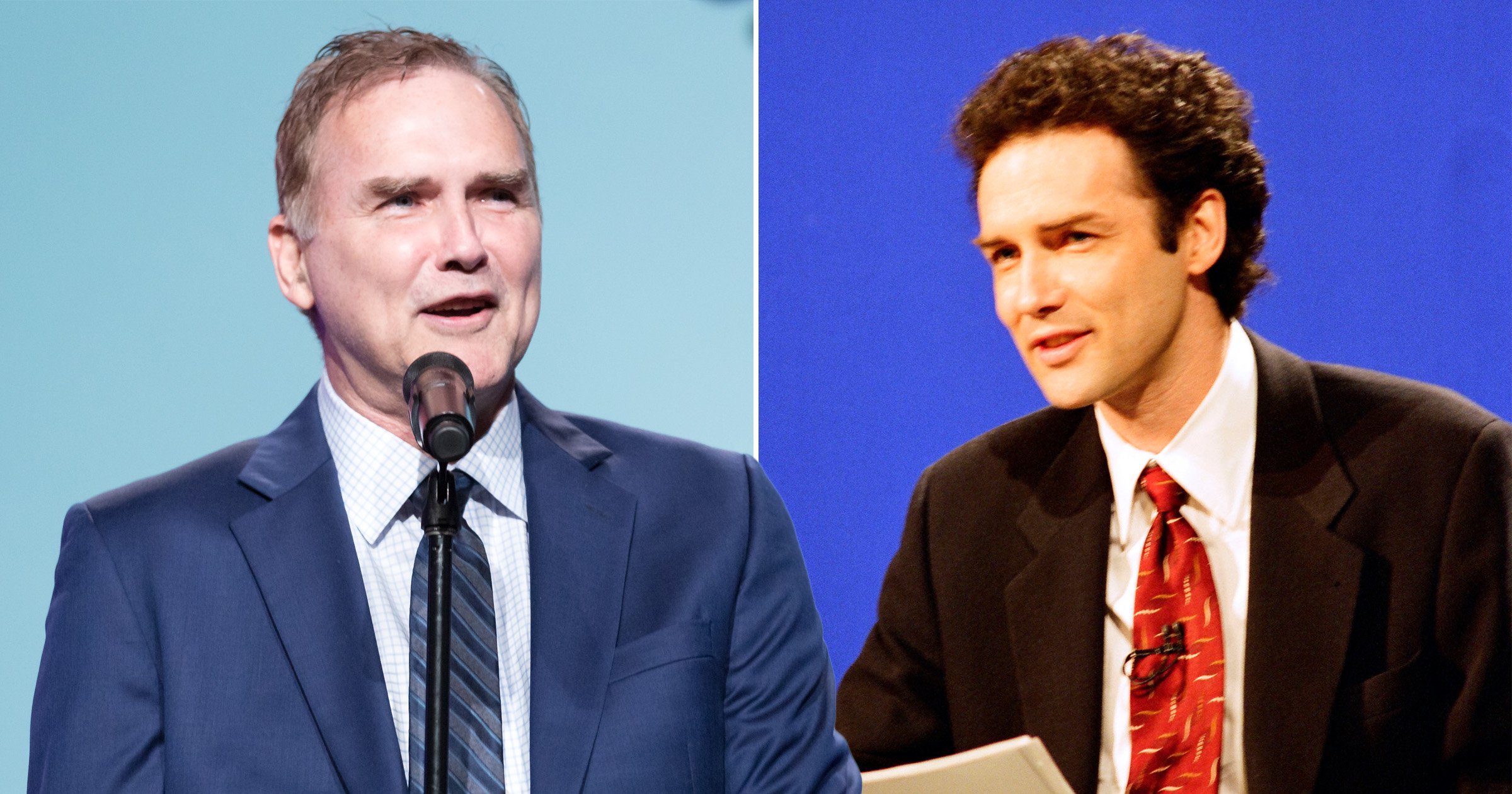 Comedy icon Norm Macdonald has died aged 61 after privately battling cancer for the past nine years.

The Saturday Night Live legend, who was famous for his quips as Weekend Update anchor, died Tuesday morning.

His management firm, Brillstein Entertainment, confirmed the news to Deadline, revealing the TV star had kept his health struggles hidden from friends and fans.

The comedian’s longtime producing partner and friend Lori Jo Hoekstra told the publication: ‘He was most proud of his comedy. He never wanted the diagnosis to affect the way the audience or any of his loved ones saw him. Norm was a pure comic.

‘He once wrote that “a joke should catch someone by surprise, it should never pander.” He certainly never pandered. Norm will be missed terribly.’

The Canadian-born comedian started his career as a writer on The Dennis Miller Show and Roseanne in the early 1990s, where he was noticed first by SNL producer Lorne Michaels.

He featured as a cast member on the sketch comedy show from 1993 through to 1998.

Viewers particarly enjoyed the three years in which he anchored the Weekend Update segment.

Norm often attributed his 1998 firing to his continued lambasting of O.J. Simpson as a murderer despite what he said was the displeasure of Don Ohlmeyer, president of NBC’s West Coast division.

After leaving SNL in 1998, he launched comedy series, The Norm Show, which ran until 2001.

The comedian also did a one-season talk show for Netflix, Norm Macdonald Has a Show, in 2018.

Star were quick to share their shock about the news as Seth Rogen tweeted: ‘Oh f**k. I was a huge fan of Norm Macdonald and I essentially ripped off his delivery when I first started acting.

Former The View co-host Meghan McCain added: ‘Gutted. One of the great comedic geniuses, free thinkers, all around true originals of all time.

‘Ben and I were lucky enough to see him perform in Vegas and it was incredible. Beyond tragic. Condolences to his friends, family and loved ones.’