The second week of the R. Kelly sex-trafficking trial in New York City proved to be an exercise by prosecutors to paint the “I Believe I Can Fly” R&B star as a man-child control freak and a compulsive sex offender who exploited vulnerable victims less than half his age while ordering them to call him “Daddy.”

Here are snapshots from week two of the case:

Two Kelly accusers, both testifying without revealing their true identities, said that at age 17 they sought his help launching their music careers, or those of others. But Kelly, they said, only feigned interest. 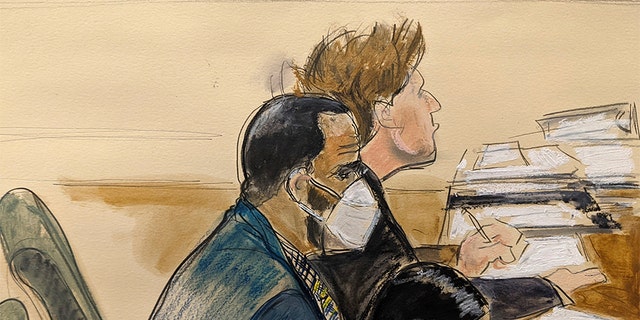 One told the jury Kelly invited her and a friend to his studio to hear the friend sing. But he quickly lost patience because “he wasn’t thrilled about my mom being with us,” she said.

Another witness who said she had formal training as a performer got a little further with Kelly — or so it seemed. Her edge was a professionally made music video for a single she wrote, titled “Liar Liar.”

But prosecutors say Kelly was the liar. They allege his tutelage was merely a ploy to take advantage of the girls, leading them down a path of sexual degradation.

A prosecutor asked the woman what steps Kelly took to back up his promises to help launch her career.

Many of Kelly’s draconian tendencies in running an empire headquartered in custom mansions and music studios were detailed by a former employee named Tom Arnold. One example was a failed attempt to organize a 2011 trip to Disney World for Kelly’s entourage that included, as always, “female guests.”

Arnold was ordered to arrange the trip n short notice, booking hotel rooms and transportation, and hiring a VIP tour guide for the theme park. He succeeded at the first two tasks. He ran into a glitch on the third.

Any time Kelly visited the Magic Kingdom, there was an edict that he “needed a woman to be the guide,” Arnold told the jury. However, this time, the only person available was a man. The witness said when his boss arrived, he abruptly canceled the outing and sent everyone home. 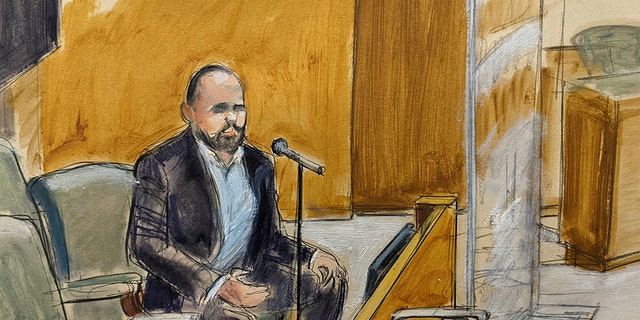 In this courtroom artist’s sketch, former R. Kelly employee Tom Arnold testifies at the R&amp;amp;B star’s trial in New York, Thursday, Aug. 19, 2021. The 54-year-old Kelly has repeatedly denied accusations that he preyed on several alleged victims during a 30-year career highlighted by his mega hit "I Believe I Can Fly." (AP Photo/Elizabeth Williams)
(AP Photo/Elizabeth Williams)

Arnold said his wife noticed his next paycheck was docked a week’s pay — $1,500 — as an apparent “fine” for the transgression. Quitting his job with Kelly was the only option, he said.

Much of the testimony of a key accuser focused on a tug of war between her parents and Kelly.

The woman testified that her parents had at first encouraged her relationship with Kelly and even pitched ideas for their own business ventures with him. She conceded on cross-examination that one idea was to market a Kelly-themed sex toy. Even for him, that went too far, she said.

Kelly “confided in me later it was not something he could ever do,” she said.

A complication for the woman was that, well before the trial, she had done an interview with Gayle King on “CBS This Morning” in which she expressed her devotion to Kelly and disavowed her parents. She called her father “a manipulative liar” for suggesting she’d been brainwashed.

But on the witness stand, the woman claimed her statements were orchestrated by Kelly to give him cover.

She said behind the scenes, he once “pulled out an iPad and he told me to make a video saying that my father had molested me.”

In one of the week’s more dramatic moments, Assistant U.S. Attorney Elizabeth Geddes attacked the defense tactic of asking the witness about “all sorts of things that your parents did.” The retort took the form of a relentless series of questions of her own — made over a defense objection — aimed at refocusing jurors on the most disturbing allegations against Kelly.

In a soft voice, she responded each time: “The defendant.”