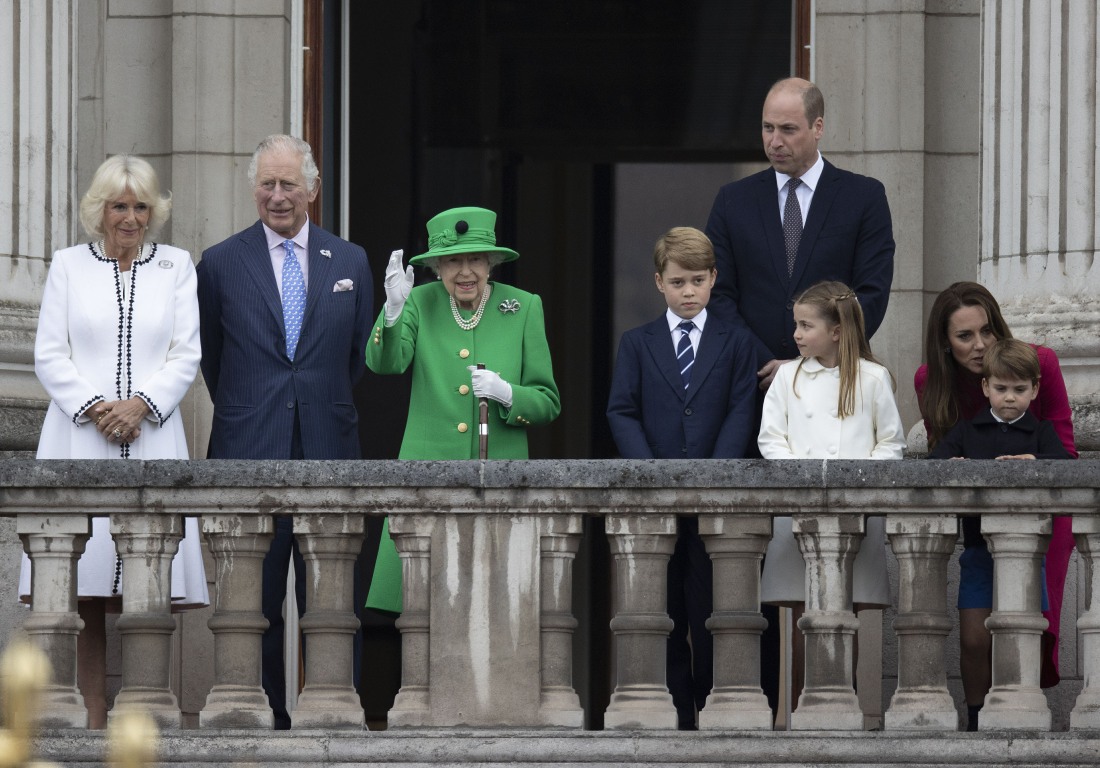 Omid Scobie’s Yahoo UK column this week is all about the Platinum Jubbly and how the four-day Jubblathon Shambles went overall. Scobie gives positive notes about the Queen and how she’s still very much the star of the show, but he emphasizes that the Queen’s “stardom” is actually the problem going forward. The Queen’s heirs will not be anywhere near as beloved or admired. And actually, the non-Queen parts of the Jubbly were kind of a snooze. Some highlights from Scobie’s piece:

Tabloid drama was briefly kept at bay during the Jubbly: Prince Harry and Meghan’s presence at two engagements quietly came (to cheers) and went. Their private moments with the Queen, who met great-granddaughter Lilibet on more than one occasion, were kept exactly that. Prince Charles and Camilla, Duchess of Cornwall were also able to spend some time with the couple before they returned to California on Sunday. (For those wondering, I’m told there was no interaction between the Sussexes and the Cambridges—but that story is for another time).

The family fell flat at times: Though other members of the Royal Family continue to enjoy public interest (it’s fair to say Prince Louis became a star in his own right this past week, his playful antics receiving more social media attention than all but the Queen), jubilee events without the monarch ended up falling a little flat at times. Intervals that served as countdowns to sightings of a woman who is still the star of the Windsor show.

Underwhelming heirs: Speeches from Prince William and Prince Charles during the Platinum Party at the Palace allowed the two heirs to give a taste of what’s to come when they take on new roles in the not-too-distant future, but one couldn’t help but feel a little underwhelmed when looking at the royal landscape without the Queen (and the additional loss of the the Gen Z-favoured Sussexes).

A dull future: And this is where one of many problems lie ahead for the future of The Firm. While we celebrate the Queen’s golden reign, we are also reminded that the future without her might just, dare I say it, look a little dull. Though her successors are no doubt capable in their royal roles, the institution’s next chapter is yet to feel like it aligns with modern-day society, and our expectations within it.

The Windsors’ tone-deafness on race: Recent failed tours of the Caribbean—where demands for the Royal Family to apologise for Britain’s historic role in the enslavement of millions of Africans were largely ignored—show there is still much work to do when it comes to the Firm understanding and connecting with all issues that matter to the world. And unaddressed racism and bullying allegations continue to be front of mind for people of colour and young Brits.

As good as it gets: As with all major royal occasions, palace aides will this week be pouring over the mountain of positive coverage received for the Platinum Jubilee. They’ll no doubt declare it a triumphant success—and it absolutely was—but they’d be wrong to start getting comfortable. The nation’s love and respect for the Queen has been unwavering. What is less predictable, however, is just how much of those feelings the public will transfer to those waiting in the wings. Without the adored Queen, this past week might have been as good as it will ever get.

Yeah, I agree? I remember the 2012 Jubbly and it was so positive and it genuinely felt fresh. Kate had joined the Firm the year before, Harry was a young bachelor who had already served one tour of duty, William didn’t seem to be brimming with incandescent rage, the London Olympics would be held about six weeks after the Jubbly, and everything seemed bright and shiny and special. This year’s Jubbly felt like the last party. The last big blowout before everything falls apart. Worse yet, there was no sparkle from the heirs. Nothing about the Jubbly actually seemed that joyful or happy. It was all balcony drama and tantrums and jazz hands and gurning. By Sunday, that balcony full of heirs just looked tired, dull and over it.

The next major event for the family will inevitably be Queen Elizabeth’s funeral. And then, months later, King Charles’s coronation. Scobie is right… the emotions QEII invokes are not transferable to underwhelming Charles and Baldemort. And they’re going to have a hell of a time going forward. 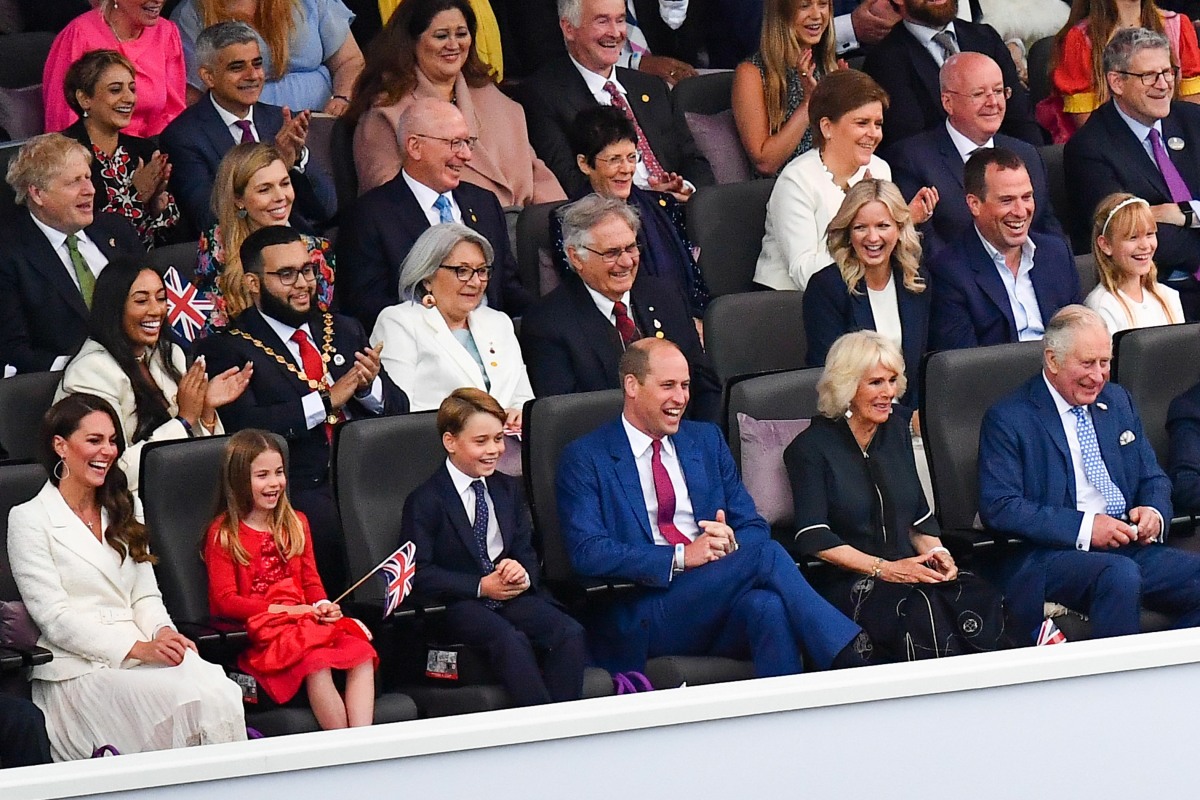 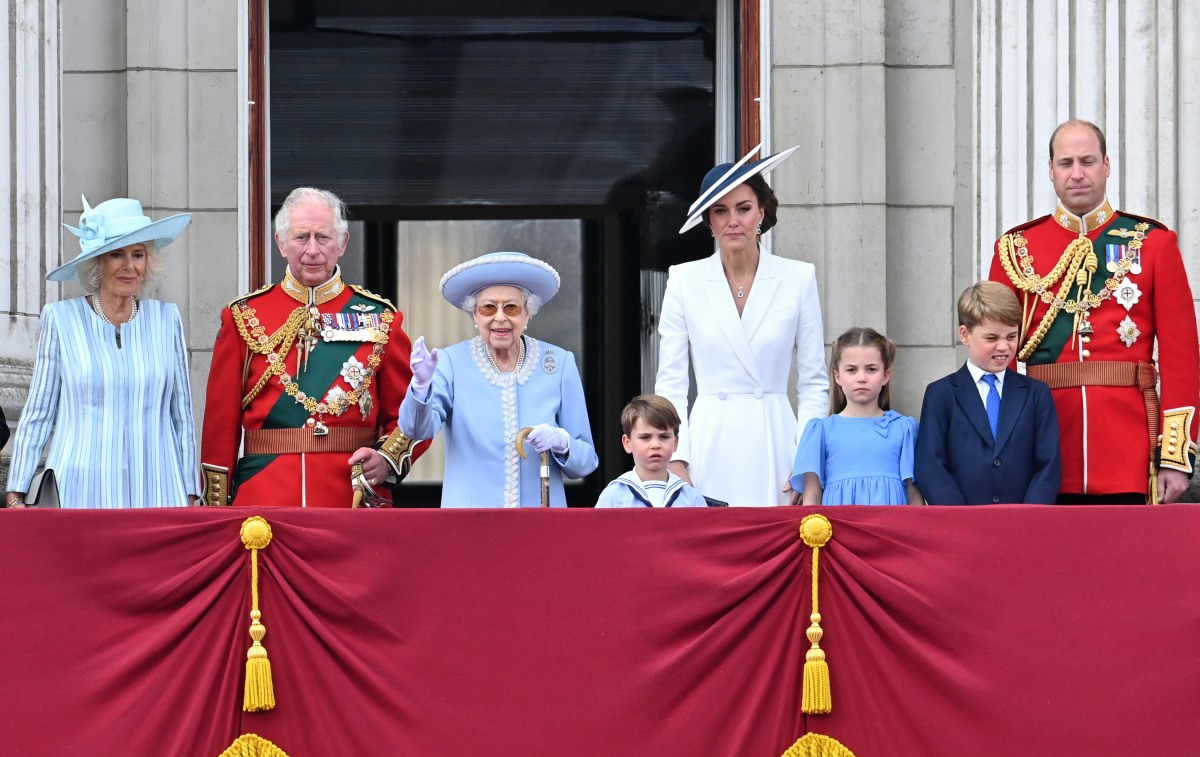