Before the first Sing movie was finished, writer-director Garth Jennings had already begun planning the sequel. With the success of the first film, it was inevitable that he would go on to create Sing 2.

Directed by Garth Jennings, Sing 2 follows after the events of the first movie as Buster Moon (Matthew McConaughey) plans to debut a new show in Redshore City. After making some ridiculous promises to secure the venue, Buster goes on a quest to find reclusive rock legend Clay Calloway (Bono) and convince him to join the show.

Jennings loved all of the new additions to the cast, but the most surprising get was Bono. After a lengthy phone discussion about his character, Clay Calloway, Jennings was surprised to find that Bono was so inspired that he had written a new song, “Your Song Saved My Life.” Not only did the song impact the ending of the film, but it has also been shortlisted in the Best Original Song category at this year’s Oscars. 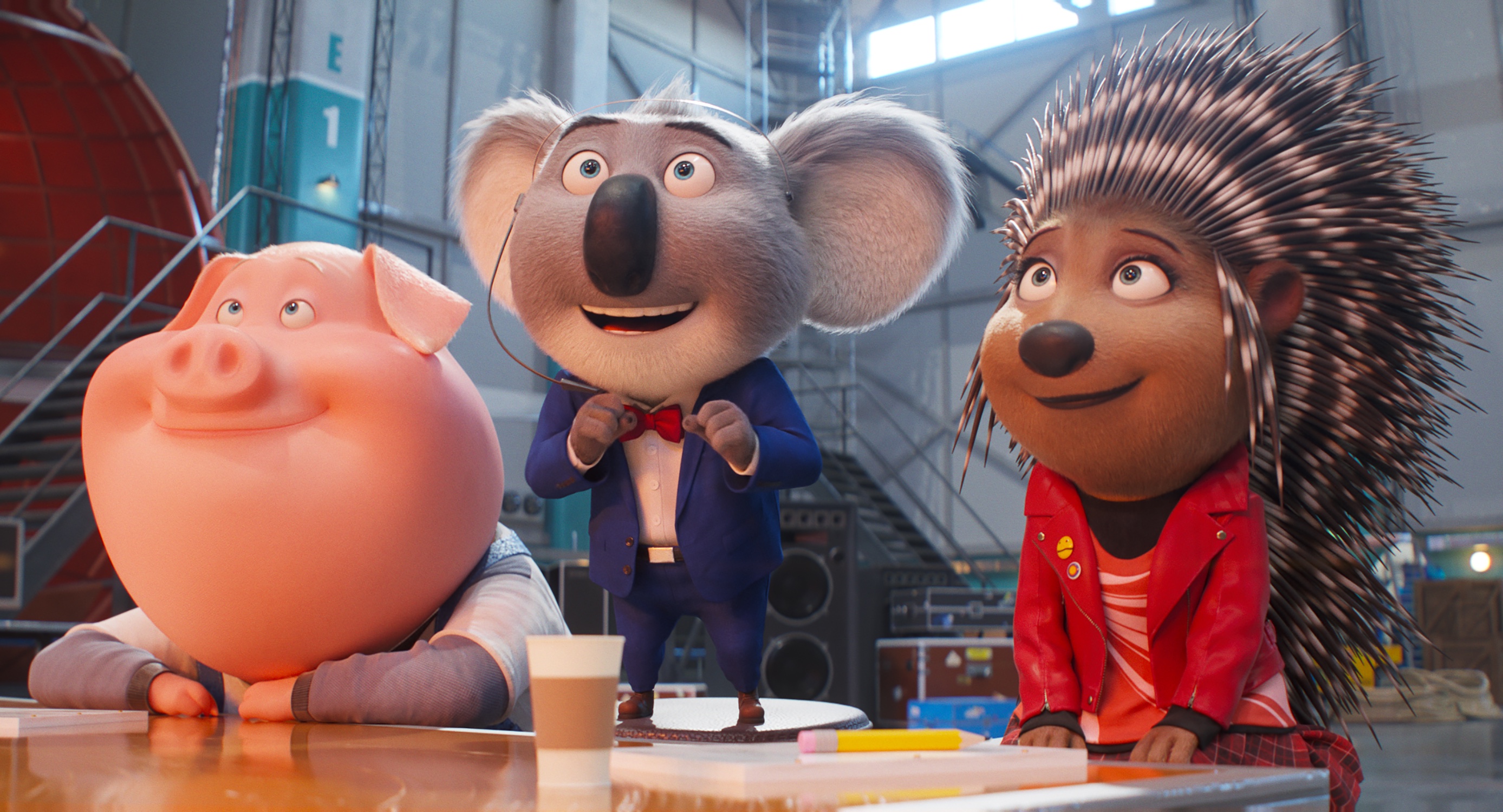 DEADLINE: I’m sure you get a lot of questions about Bono. Did you approach before writing the character of Clay Calloway or did you write the character first?

GARTH JENNINGS: The character was definitely emerging pretty clearly, but it happened after I first spoke with him on the telephone about playing the part. We had a long, long chat, about 45 minutes or an hour or so, just talking about what music means to him and how he sees the character and how if this guy has lost his voice, then it very much confirmed a lot of things that we felt about the character and how it terrified him a lot. So, he was really instrumental in shaping the tone of the whole thing and how the music would be used. And that’s quite rare. I wasn’t sure what his involvement would be, if he just wanted to be one of those people who just shows up, says the line goes away, but he has been there all the way through it, watching the whole process, fascinated by it.

And obviously it was a new thing for him as well. He even insisted on, not auditioning, but trying it out and making sure he could find the right voice for us because he didn’t wanna let us down, which I’ve never had before. It was actually a smart thing to do, but it was also really a lovely thing to do and he’s a very generous, spiritual man. So, the template for Clay was there, but the detail and the humanity was all coming from our conversations with Bono. And, of course, the use of the music. The U2 songs were such a big part of not just the film, but that character’s story. 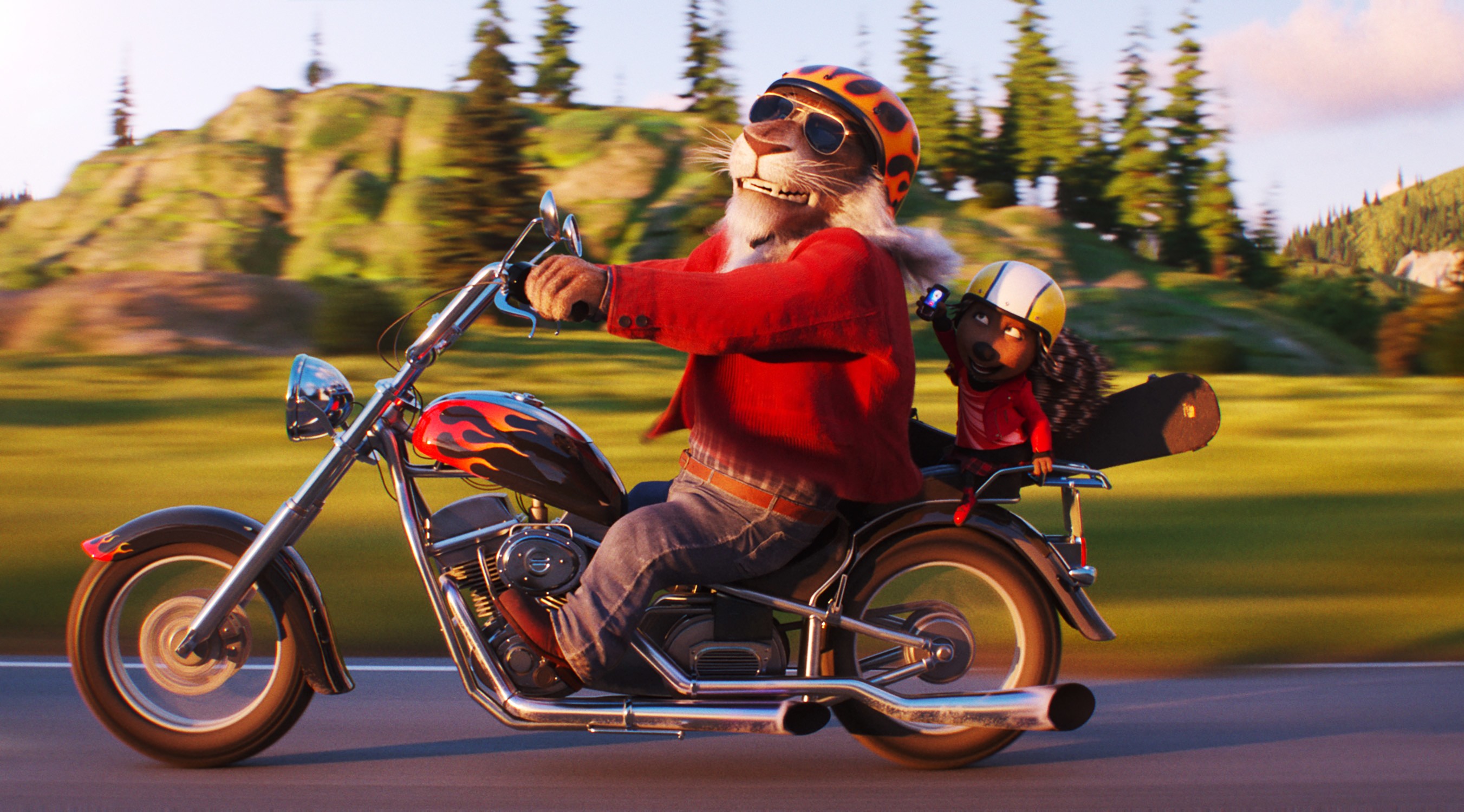 DEADLINE: And he also wrote a song that’s now in contention for Best Original Song, “Your Song Saved My Life,” How did that come to be?

JENNINGS: Oh man, I’m gonna tell you the honest to God’s truth, but it might sound like I’ve just made it up. That first phone call I was telling you about, when we first talked about the movie and the potential for the character, we talked a lot about music and at the end of the call, he was just saying, “yeah, you know, if everyone’s singing him back to the stage, there’s a song in that, the idea of a song saving your life, that’s bringing you back.” And I was like, “yeah, that would be great.” Cause I wasn’t asking for an original song, I was just thinking, you know, I just need the U2 songs and for him to play his part. I wasn’t even thinking of asking for an original song.

So he said, “that would be an amazing song, it’d be about that feeling.” And I was like, “that would be great. If it could be in this tone, that would be wonderful.” And that was sort of towards the end of the call, but I honestly thought it was just a bit of exuberance, you know, like when you meet someone in the street you haven’t seen for a while and they say, “hey, we should meet for lunch” and you say yes. And you don’t meet for lunch, not because it was a lie, but because after that moment, reality sets in and I thought reality was setting in for this rockstar. I thought, ‘Bono, he’s got a lot on his plate. He’s not gonna write an original song.’

And I swear to God, we turned out for the first record session a few months later, and I remember he was quite nervous but he was brilliant. And he played the part so well, and I was so happy. I said, “oh, you did it, nailed it. We’ve got all those things up.” “Perfect,” he goes, “by the way…” And he pulled his phone out of his pocket goes, “I wrote that song.” And I was like, “what?” He goes, “yeah, here it is.” And he started playing it straight off his phone, and I had a moment of horror, which was like, if I don’t like this song, how am I gonna tell Bono? It’s like, that could be the worst moment ever after we just had this great session.

But I was overcome quite honestly, I was very emotional listening to it with him because not only was this song beautiful… I really love this song, even if it wasn’t in our movie. It’s a beautiful song and it absolutely was the entire ending of the movie being handed to me on a plate. And he didn’t know how I was gonna use it, he just wrote it cause he felt inspired and really connected to the theme. And then I realized he was giving me the whole last three minutes of the film. So, I found that overwhelming and it’s really hard to thank someone when they give you a gift like that. Do you know what I mean? It’s not like somebody who gives you a box of chocolates. You go,” thanks, those are nice chocolates.” How do you thank someone for this? How do you thank Bono?

It was so perfect, that for me is one of the highlights of my entire career, because it was just, sort of beautiful in every sense and I was on cloud nine. After then I got to ring Chris Meledandri up and say, “you’re not gonna believe this. Not only has he written a song, but it’s absolutely beautiful. Wait till you hear it’s gonna work perfectly.” And sure enough, everyone who heard it agreed.

‘This Is Us’ Casts Vanessa Bell Calloway As Key Character; More On Tuesday Night’s Twist