The MTV lad, who found fame on Ex On The Beach, is currently on a wild holiday with his mates.

Keen to show off the trip to his followers, Bear has constantly updated his Instagram story with videos from the getaway.

But while many are standard beach shots, last night things were noticeably more explicit.

In multiple clips shared to his official account, Bear could be seen in a bar which had girls pole dancing on table tops.

Dressed in a tiny black and white checked skirt and bralet, one of brunette beauty flaunted her trim frame.

She completed her image with fishnet tights and killer stiletto heels.

As she dances away, Bear can be heard cheering from behind the camera before moving forward and reaching up to the woman.

He then crudely shoves his face in her crotch  as the girl continues to dance away. 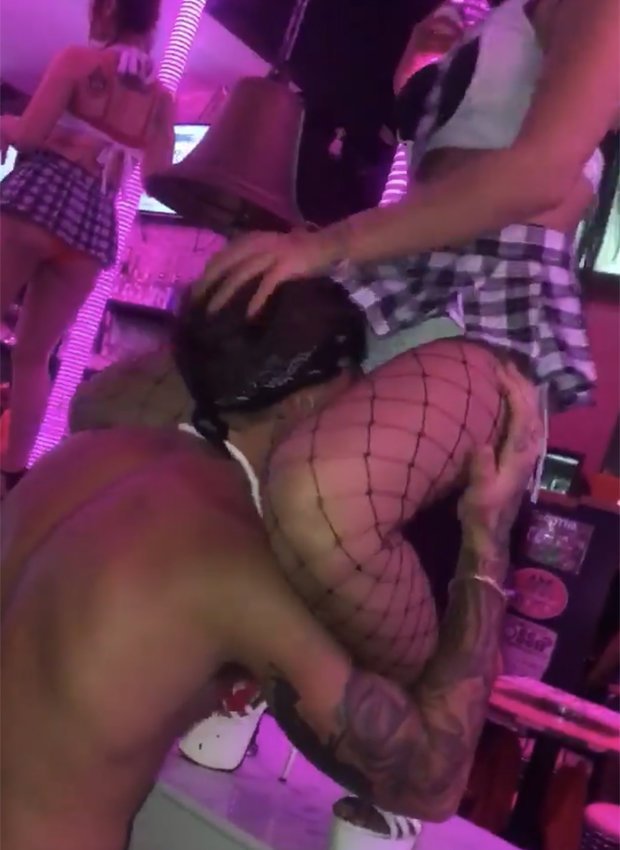 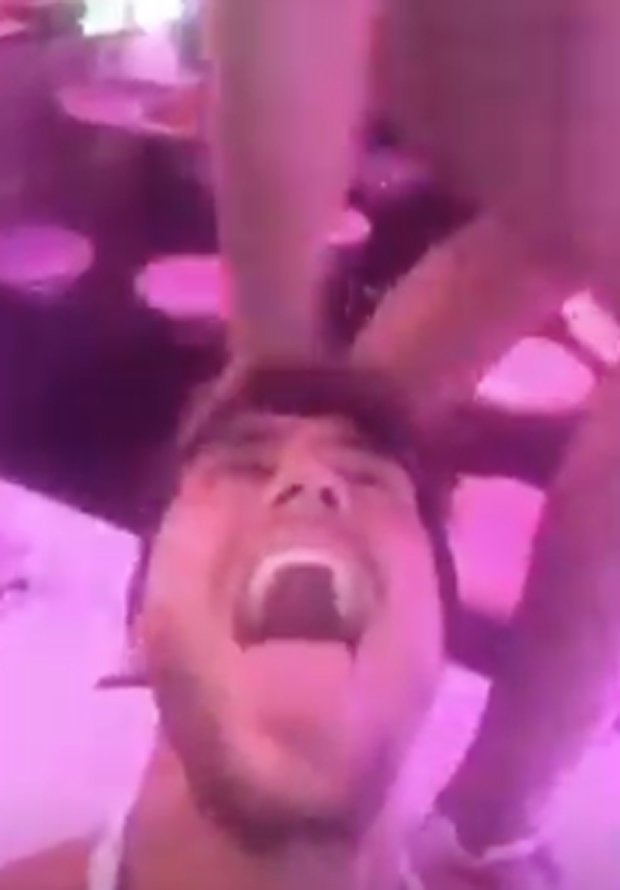 After the lady turns her back, Bear then begins to repeatedly slap her backside.

Later on in the Instagram story, the woman can be seen deliberately squatting on Bear’s head as he beams away.

Earlier this year Bear’s brother Danny took to social media to claim the reality hunk had enjoyed a secret fling with Kylie Jenner. 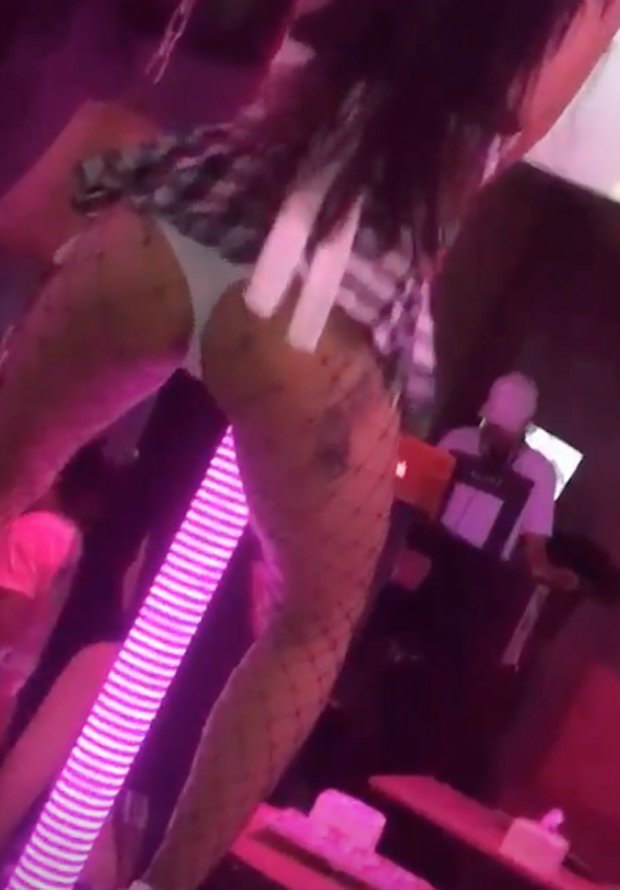 Commenting to a fan on Instagram, Danny wrote: “Listen, I flew to LA after his fling with Kylie Jenner recently and told him straight in his hotel room to settle down.

“So please don’t lecture me on this subject.”

Bear later added to The Sun: “When I was over in LA I did meet Kylie Jenner and we did party. Just part