The former contestant of ‘Survivor: Fiji’ has been hospitalized with injured face, hand, and bicep after she was attacked with a knife and a metal baton in Santa Monica.

Yi was stabbed and beaten with a metal baton early on Thursday (14Oct21) when she arrived to teach class at a Pilates studio.

She noticed an agitated woman who appeared to be homeless approaching her, she tells People.

“She was yelling all sorts of things like, ‘You stole my identity’ and, ‘You’re a prostitute,’ ” Yi says. “Santa Monica has a homeless problem, and I’ve dealt with this type of thing before. So I told her, ‘Ma’am, you can’t be here. You need to leave.’ “

That was when the woman lunged at her with a knife in one hand and a metal baton in the other.

“She stabbed me in the left bicep,” Michelle says. “And then she hit me on the right hand with the baton. My Apple Watch shattered.”

The suspect then hit Yi on the head with the baton. “My face split open. Blood was everywhere.” 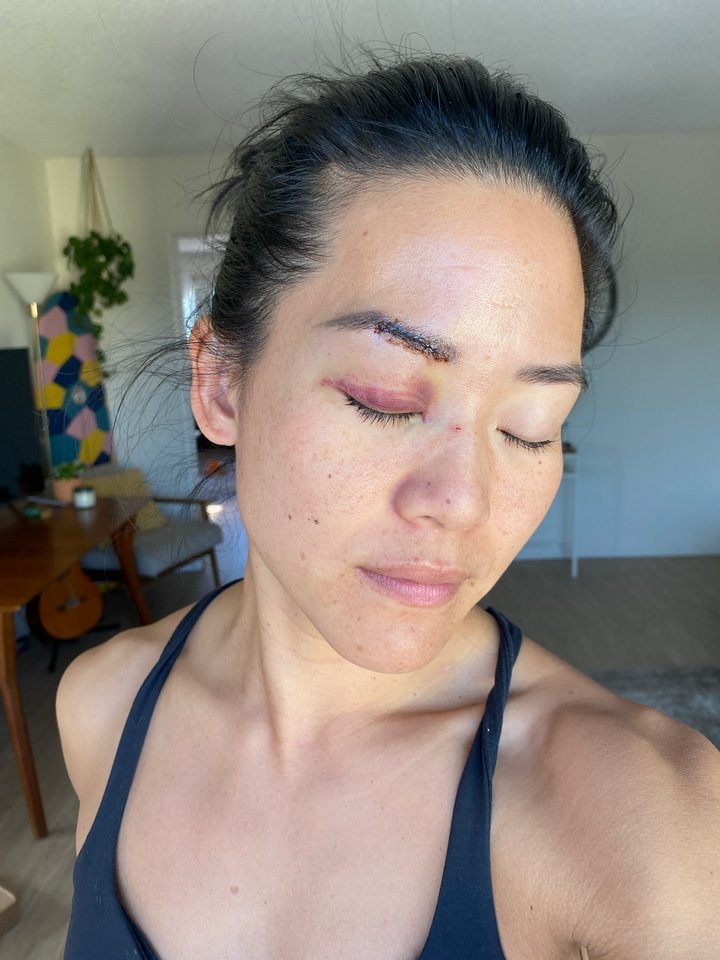 Michelle Yi injured after being attacked in Santa Monica

As the woman ran off, Yi and one of her students flagged down a police car on the street and pointed out the woman, who was arrested and charged with three counts of assault with a deadly weapon. She remains in police custody.

Yi was taken to the hospital, where she received stitches on her face, and was relieved to hear that her hand was not fractured.

“I can’t say why she attacked me, of all people,” says Michelle, “but she was a white lady who attacked three people that morning. Another victim was an elderly Asian man who was walking his dog, and the third was also a person of colour. I can’t prove whether it was racially motivated or not, but she was screaming all sorts of awful things at me.”

A police spokesman tells the outlet, “It appeared that she was mentally unstable and maybe off her medication. That probably caused her to do what she did.”

“Survivor: Fiji” was filmed in Macuata in 2006. It aired on U.S. network CBS in 2007. Yi spent over three weeks on the show and became the ninth contestant to be voted off.