If Ariana Grande wants it, she’s got it! The Grammy winner celebrated turning 26 on Wednesday, June 26, with a very special treat.

In honor of her golden year, Grande got to blow out the candles on a cake inspired by her top-selling single “7 Rings.” Alfredo Flores, a music director and the Nickelodeon alum’s pal, shared a close-up shot of tasty two-tier masterpiece, which featured seven giant silver rings rising above several candles.

The “Break Up With Your Girlfriend, I’m Bored” songstress also shared a silent, black and white video of her birthday cake being brought over to her by her parents, Joan Grande and Edward Butera.

“Another year around the sun n she still wearing these f–kin ears,” Grande captioned a separate post, in which she was all dolled up in a black satin mini dress that she paired with black bunny ears, black satin gloves and a mini disco ball purse. “Grateful for the love and for the people i get to share this life with. and thank u for the birthday wishes. ? p.s. i changed into an xxxl hoodie minutes after this was taken, don’t worry.” 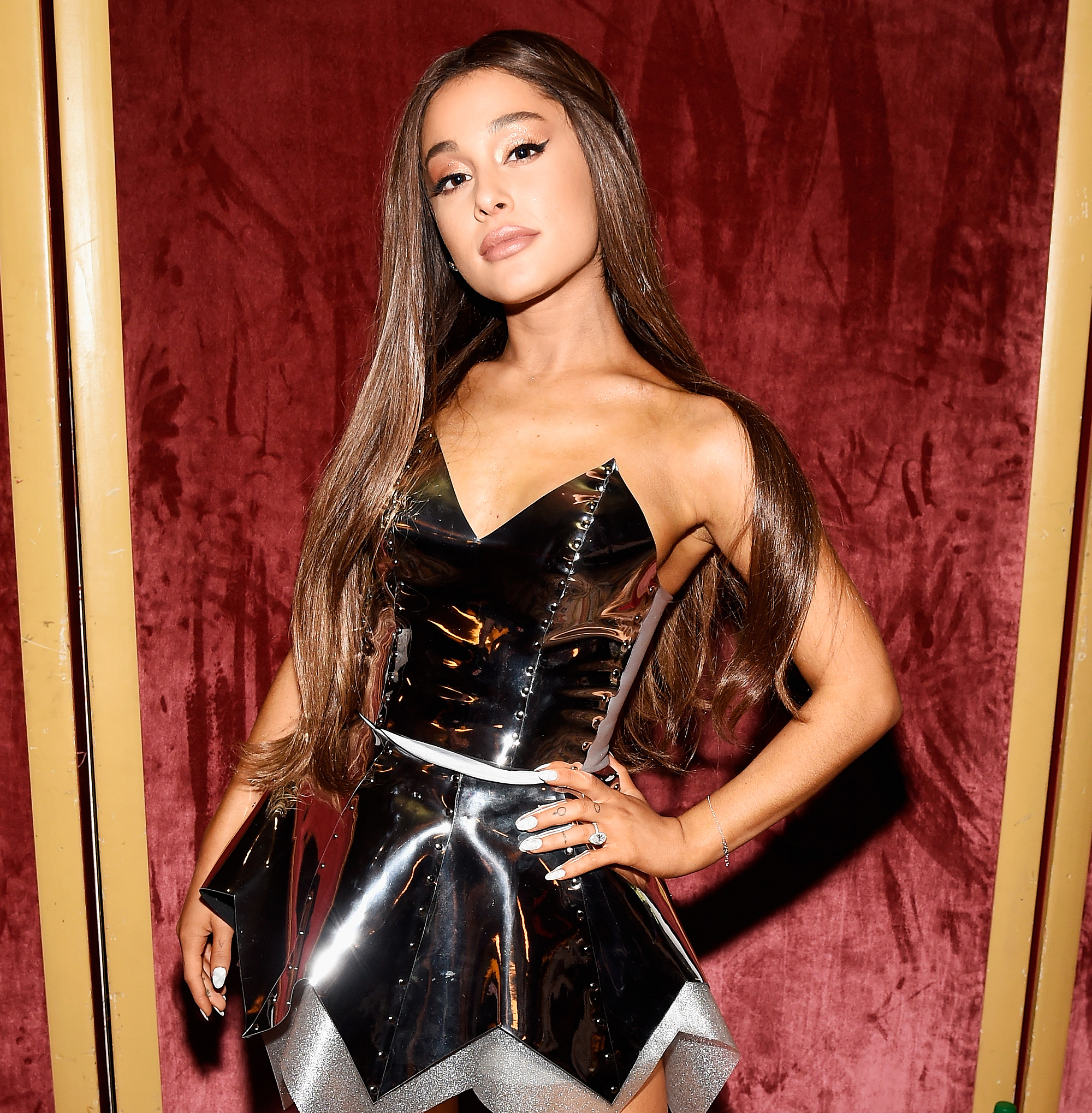 Many of Grande’s famous friends, from Demi Lovato to Victoria Monet, left sweet birthday messages for the singer within her various birthday posts’ comments section. She also received birthday gifts from Madonna, Lady Gaga and Givenchy.

Ahead of her birthday festivities, the Scream Queens alum celebrated the first anniversary of her song “The Light Is Coming,” on June 20.

Grande has had a momentous 2019 so far. In February, she unveiled a quick follow-up to her fourth studio album, Sweetener, with Thank U, Next — an album allowed her to earn her first No. 1 hit with the song of the same name. Two days after dropping her fifth record, she won her first ever Grammy with Sweetener for Best Pop Vocal Album, despite not being in attendance to claim the coveted prize.

“I know i’m not there tonight (trust, i tried and still truly wished it had worked out tbh) and i know i said i try not to put too much weight into these things …. but f–k ……. ? this is wild and beautiful,” she wrote at the time. “Thank you so much.”

Grande is currently traveling the globe to perform songs from Sweetener and Thank U, Next on the Sweetener World Tour. The concert affair, which began in March, is slated to wrap on Saturday, December 21.