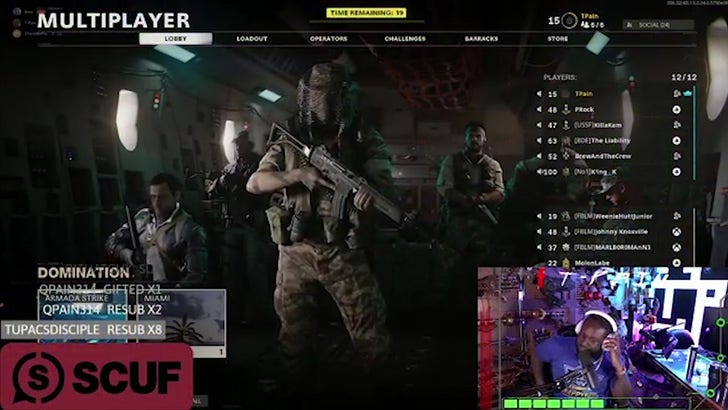 Disgusting moment during a video game sesh for T-Pain this month … a group of players hurled the n-word and other racist insults at the singer — and it was all captured on video that’s hard to watch.

It all went down when the 35-year-old hopped on a Call Of Duty Twitch stream … when before a match started, a group of racist scumbags verbally attacked.

In the footage, you can hear players repeatedly call T-Pain the n-word … and, at one point, some of the players even said to the singer, “F*** Black Lives Matter.”

T-Pain was clearly bothered by it all … he let out a sigh and said, “Jesus Christ.”

T-Pain shook it all off, though, and stayed in the game … and tried to make some light of a horrible situation.

The “Bartender” singer — who’s a HUGE video game nut — ended up dominating the match, helping his team win 200-152, and then he rubbed some salt in his racist opponents’ wounds.

“Ladies and gentlemen, looks like the n******s win,” T-Pain said after letting out a long dance. “Stupid idiots!”

We’ve reached out to reps for “Call of Duty” for comment, but so far, no word back yet.