TALK OF THE TOWN: Robbie Williams ditches his £18million mansion for a hotel room because it has ‘bad energy’ 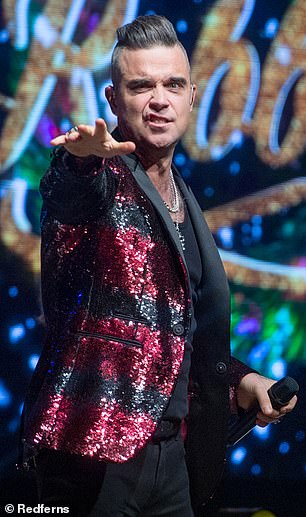 Robbie, 45, now divides his time between a £2,000-a-night hotel in London and his Wiltshire estate

Now that he’s finally finished what feels like the longest home refurbishment in history – and ended his public feud with rock star neighbour Jimmy Page – you’d think Robbie Williams would at last be enjoying life in his £18 million mansion.

Instead, the pop star has decided his home in Holland Park, West London, has ‘bad energy’… so he’s moved to a nearby hotel.

His decision comes after years of grappling with planning officials and Led Zeppelin guitarist Jimmy over a two-floor basement extension complete with pool, gym and recording studio.

Robbie, 45, now divides his time between a £2,000-a-night hotel in London and his Wiltshire estate – only popping back to the 46-room Holland Park mansion for the occasional night to make sure his security people are doing their job.

Robbie was at a party after a surprise gig at Winter Wonderland in Hyde Park to celebrate his Christmas Present album, where one of his friends told me that he’s gone off his London home’s ‘energy’ because ‘the [planning] battle has put a cloud over the whole house’.

Robbie, pictured right, whose new single is, ironically, called Time For Change, has been sensitive to ‘energetic balance’ since living in California. He says he believes in aliens, and when he rented a house in Los Angeles from Ghostbusters star Dan Aykroyd, he said it was ‘completely haunted’ by singer Mama Cass, who died there of heart failure in 1974. 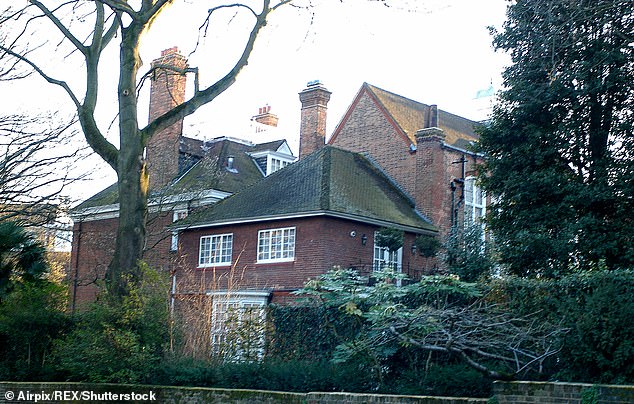 Robbie Williams has decided his home in Holland Park, West London, has ‘bad energy’… so he’s moved to a nearby hotel

Robbie’s decision must be music to the ears of 75-year-old Jimmy. Robbie rebuffed Page’s attempts to talk about his fears that renovation work would damage his Grade I listed property next door. He also claimed Robbie played loud music just to annoy him.

In turn, Robbie accused Jimmy of being ‘obsessed’ with him and of suffering from a ‘mental illness’. He later apologised.

Perhaps Robbie is right to be fearful of ‘bad energy’ emanating from his neighbour. Jimmy was reported to have been following black magic since the 1970s, which led to rumours he’d made a Satanic pact and cursed fellow rockers including David Bowie.

A source close to Robbie and his wife Ayda Field told me: ‘They are staying a lot in their country house right now. When Robbie comes to London for work, they do sometimes stay in a hotel for a night or two. However, the house doesn’t lie empty.’

My lips are sealed, but…

Which mega-famous British chap keeps sneaking off to Sussex to visit his secret home and mistress? Unfortunately, being one of the country’s most familiar faces has its drawbacks. Locals say they see him all the time at weekends, so his reason for being there has become well known in the area.

If you’re planning on buying one of the pieces showcased by Cressie for your nearest and dearest, be prepared to flex that credit card.

Cressie is wearing large drop earrings that cost £5,900, and a morganite, beryl and diamond necklace in 18 carat white gold which comes with a hefty price tag of £12,900.

While the 30-year-old is an actress these days, Instagram influencers can make a killing, so it’s no wonder she’s earning herself some extra cash before the festive period! 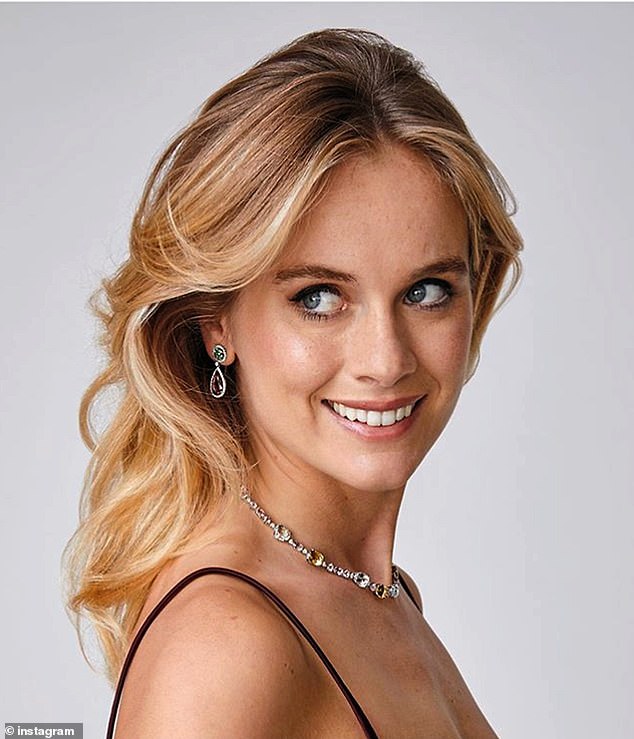