Jennifer Aniston’s big Friendsgiving with Courteney Cox, Jimmy Kimmel, and Justin Theroux was nice and everything, but it wasn’t the only celeb Thanksgiving celebration that looked enviable. Gigi Hadid shared a photo on her Instagram Story this weekend of the Friendsgiving she had with Taylor Swift, Martha Hunt, Queer Eye‘s Antoni Porowski, and other friends this week. Hunt reposted it, writing, “Love and miss y’all already.” 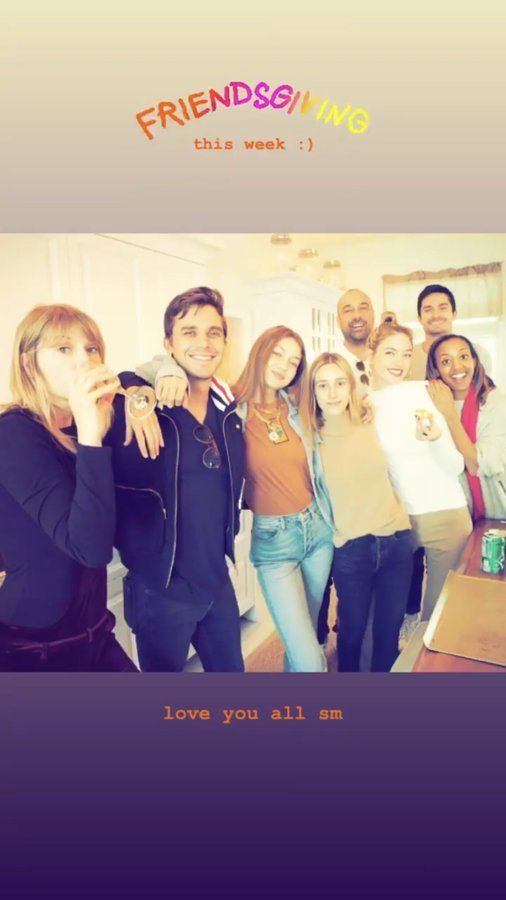 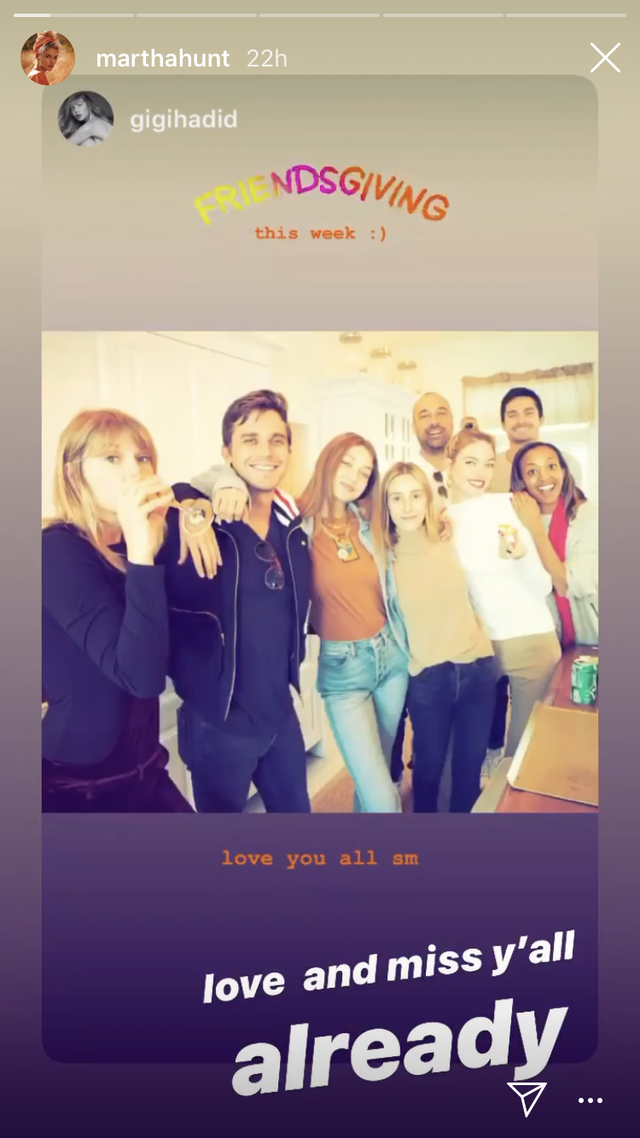 Notice Swift posing with wine in the photo, which is a real Thanksgiving dinner mood. Fans did, with some commenting “#DrunkTaylor,” a reference to the meme that trended earlier this year when footage came out of Swift dancing at a party after having two and a half mojitos, by her own account.

Swift spoke to Jimmy Fallon earlier this year about how she felt when she found out she trended for that, right after he played footage of her loopy after getting lasik surgery. “So I was at a party like a couple months ago and I had two and half mojitos, and then the next day, #DrunkTaylor was like #1 trending on Twitter, because, you know, I go from like zero to legitimately thinking I’m a wizard within like two drinks,” she told him. “Like, really thinking that. Thinking about the fact that that went as far as it did, and then we’ve got this happening [the post-lasik surgery video clip]? That you’ve done this now? I can’t even be mad. I’m just impressed that you infiltrated my family. I don’t even know how you did that. Nobody has my mom’s number.”

Hadid is good friends with Porowski, and Swift, Hunt, and Hadid have been close for years. They were all in “Bad Blood” together, back during Swift’s 1989 era during 2015. Swift’s squad members don’t share intimate looks into their friendship like this very often now, so consider Hadid’s Friendsgiving portrait a little holiday gift.