Embed from Getty Images
As I often say, I don’t know a lot about Marvel. I see the movies once in the theater, find them entertaining and then move on. The backstories and character details kind of wash over me. However my friends love Marvel movies and have so much knowledge about them that I have FOMO. WandaVision has been the perfect series to introduce me to the Marvel universe on a deeper level. It pulled me in with the nods to classic television and the storyline while offering so many Easter eggs and theories to unpack. I’ve heard several actresses say that they’re not completely aware of what’s happening and can’t give spoilers. That’s what they’re supposed to say as they’re sworn to secrecy. However they can talk about the parts of the plot which are known to audiences. In Wandavision that’s Wanda working through her grief by maybe creating an entire universe around her. (It’s unclear if she’s the one controlling everything although it’s heavily implied.)

Monica Rambeau, played by Teyonah Parris, is an ally to Wanda in a way. Teyonah has a new interview with The Hollywood Reporter that goes deeper into her role in the series along with what’s next for her character. Her character is going to be in Captain Marvel II as well. We saw Monica as a child in the first film and on Wandavision she’s hinted that there’s no love lost between her and Captain Marvel. What did Carol do?! Here’s an excerpt from her THR interview. Please note that there are spoilers for past episodes of WandaVision along with vague spoilers for what’s next.

Since Monica returned via the blip, she’s… learned about Maria’s [her mom] passing, been sucked into — and then ejected from — Wanda’s hex. Do you think she’s going to have to address these traumas?
I think she is addressing them in the best way she knows how, which is through work. She’s very much a person who loves her job. While missing persons’ cases aren’t typically in her wheelhouse, this has turned into much more than that; it’s more like a missing-town case. And once Monica sees Wanda and realizes that she’s grieving, she recognizes their parallel experiences and that they’re both grieving loved ones. So I think that Monica is handling it in the best way she can. I’m not saying it’s the most effective and most therapeutic way, but I do feel like she is trying to reconcile with her own grief by helping Wanda with hers.

Monica seems to have an issue with Carol Danvers/Captain Marvel (Brie Larson)… Will the remainder of WandaVision provide any clarity?
What I can say is that we have a couple more episodes to go, and we also know that Monica will be in Captain Marvel II. So there’s quite a bit of real estate left for us to explore that relationship. I don’t want to ruin it for anyone so I’ll just leave it at that.

When you found out you were going to play Monica again in Captain Marvel II, was Nia already attached as director?
No comment. I don’t know if I’m giving away anything by saying something. So I’m not going to say anything to that, but I’m really excited to join Nia and for us to come back together again. And to join Brie and Iman [Vellani]. It’s just going to be a wonderful experience, especially with Nia being the first black female to direct a Marvel Studios film. It’s gonna be exciting times.

Was there a celebratory call between [you and Nia]?
I call Nia all the time, so, yes, absolutely. I’m like, “Hey, girl! I’m just excited. OK, bye.” That’s the call. (Laughs.)

Can you spare a couple adjectives that best describe your reaction [to the last three episodes]?
Epic and incredibly sad. I mean, the whole show is incredibly sad to me, but I’m putting those words together.

[From The Hollywood Reporter]

I forgot that Nia DaCosta is directing Captain Marvel II! Honestly I wasn’t a huge fan of the first film, I found it a bit bloated. When Oya covered the story that Nia was hired, we included a video interview with her. I didn’t know about her before that and she was so good at explaining her process and interest in film that it got me excited for the second movie. It’s not out until November of next year unfortunately, but I’m looking forward to seeing that one in theaters. In the mean time we have three more episodes of WandaVision! I’m kind of bummed that Teyonah described them as “sad” but that’s the whole premise of this show.

There are so many layers to WandaVision and the one that sticks out to me is Wanda’s grief. I relate to her creating a sitcom bubble based on her childhood expectations and seeing the dirt seep in through the cracks. Maybe Monica will come help her deal with losing Vision. Episode seven is out now but I’m waiting until tonight to watch it. From the teaser, below, it looks like they’re borrowing from Modern Family. Also she makes a reference to lockdown! 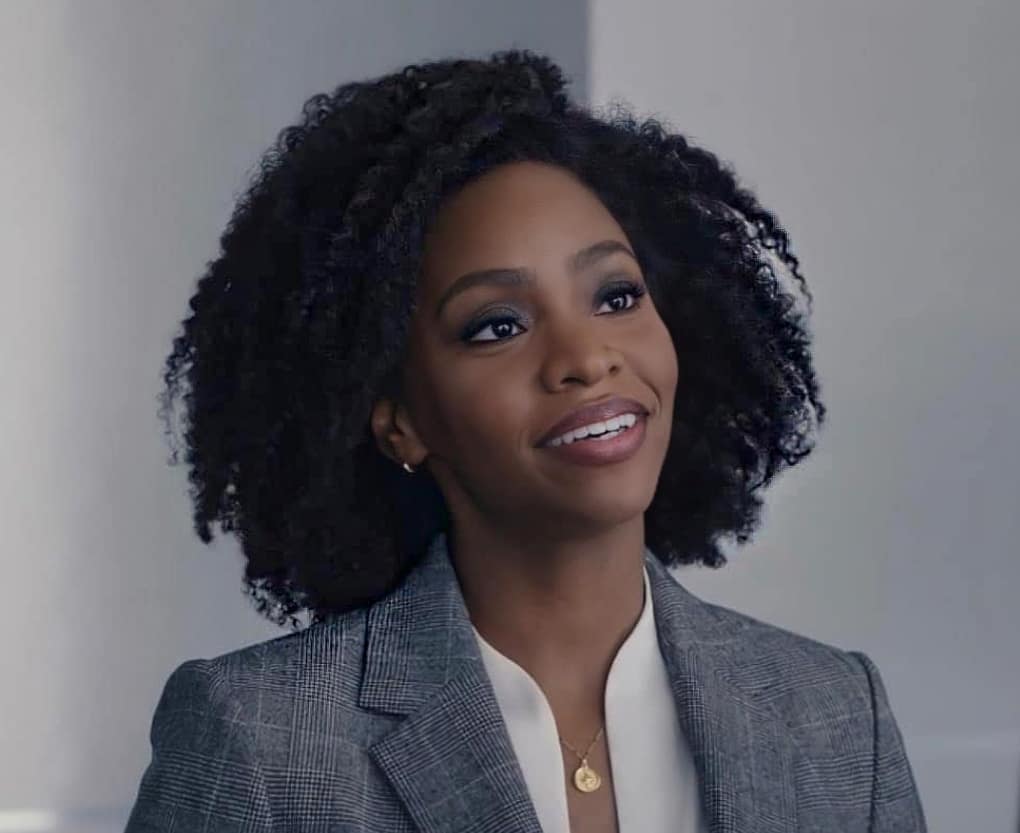 Thanks to Karen and Zakia for help with this story! Photos credit: Getty and Marvel and via Instagram