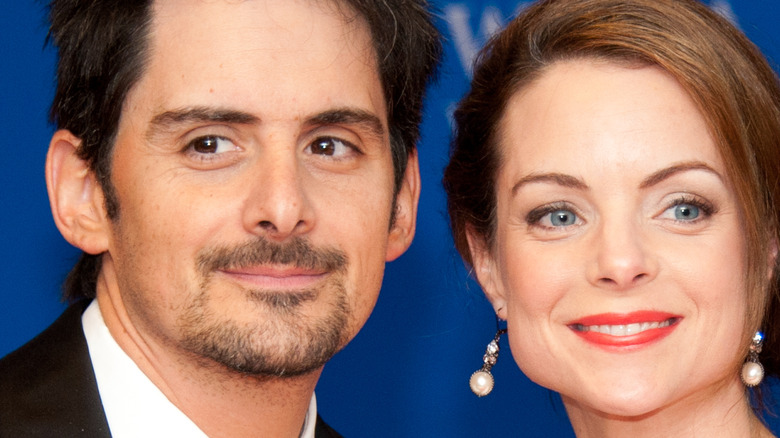 When Brad Paisley watched Kimberly Williams-Paisley in “Father of the Bride,” he knew he had to meet the actress off-set, as noted by Taste of Country. The singer-songwriter made good on his promise in 2002 when he cast Williams-Paisley in his music video for “I’m Gonna Miss Her,” according to the outlet.

The whirlwind relationship between the singer and the actress gave us a love story comparable to any made-for-TV movie — of which Williams-Paisley is known for starring in (via IMDb) — as fans have watched the couple become parents to Huckleberry and Jasper Warren and support each other through hardships and triumphs (per Country Living).

The singer-songwriter may have asked the  “Father of the Bride I” and “Father of the Bride II” star to marry him in 2003, but the couple knew they had some work to do before heading down the aisle. Before making it official, Paisley who, per his website, is a musician, writer, winner of two American Music Awards and three Grammys, and actor who appeared with Williams-Paisley on “According to Jim,” sought counseling.

This is the real reason Brad Paisley and wife Kimberly Williams-Paisley got counseling before their marriage. 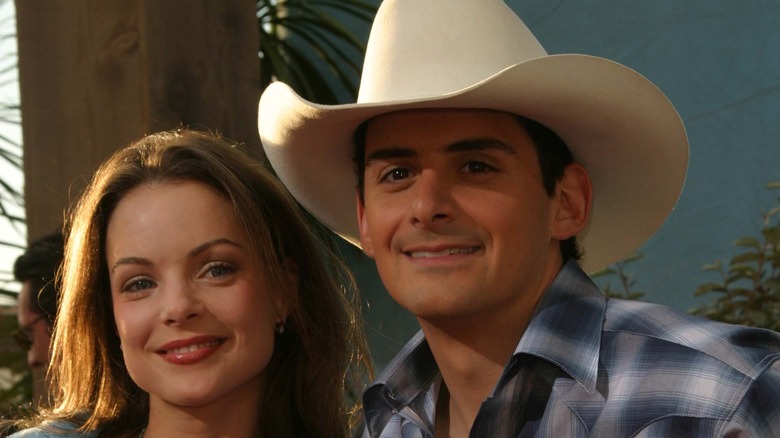 The secret to Brad Paisley and Kimberly Williams-Paisley’s marriage may be “mutual respect and a sense of humor,” as Paisley told Parade, but the couple also did some foundational work before getting married and starting a family together.

According to Fame 10, the couple agreed to couples counseling prior to marriage for several reasons. Living apart from one another, and their different lifestyles and upbringing were some of the reasons why they decided to go the counseling route. Hollywood was another reason. Williams-Paisley told Good Housekeeping, “We figured, the odds were against us because we’re both in entertainment And we know that it’s really rare for couples to succeed. So we wanted to arm ourselves with as many strategies as we could.”

Not holding grudges and apologizing are two of the conflict-resolution strategies the couple credit with helping them weather difficult situations, which include typical couple arguments, according to the.

Apparently, those hours of couples counseling paid off because the duo is still going strong. In March, Williams-Paisley posted a photo on Instagram of the two lovebirds at the beach celebrating their anniversary. She gushed, “18 years I’ve been married to this man!! I can’t believe all that’s happened and all that we’ve done in that time. Thank you for this adventure. I love you @bradpaisley.”