Today, Will Smith is one of the world’s biggest stars, having launched into stardom with the sitcom “The Fresh Prince of Bel-Air” and then into superstardom with his films “Independence Day” and “Men In Black”(via IMDb). In fact, Smith became so known for releasing summer blockbusters — including “I, Robot”, “Hancock”, and more — that he was dubbed the “King of the Fourth of July” (via Vogue). As Time put it in 2008, “Thomas Jefferson used to own this holiday, but now the former Fresh Prince does.”

But like any actor, Smith has had his career ups and downs, and missteps he’s made along the way. His films “After Earth,” “Resurgence,” and “Focus” all performed poorly at the box office — leading some to question Smith’s future in Hollywood. But for every part that Smith did take — be it in a blockbuster or a flop — there are scores of other roles that Smith missed out on, whether it be because someone else was chosen or he passed on it himself.

For example, Smith turned down the role Jamie Foxx would eventually play in “Django Unchained,” later explaining to Entertainment Weekly, “Django wasn’t the lead, so it was like, I need to be the lead. The other character was the lead!” He added, I was like, ‘No … please, I need to kill the bad guy!'” Smith appreciated the film, though, calling it “brilliant” but saying it was “just not for me.”

It wasn’t the first role Smith turned down — years earlier he passed on the chance to be “The One” aka Neo in 1999’s “The Matrix” (per Entertainment Tonight).

The search for 'The One' 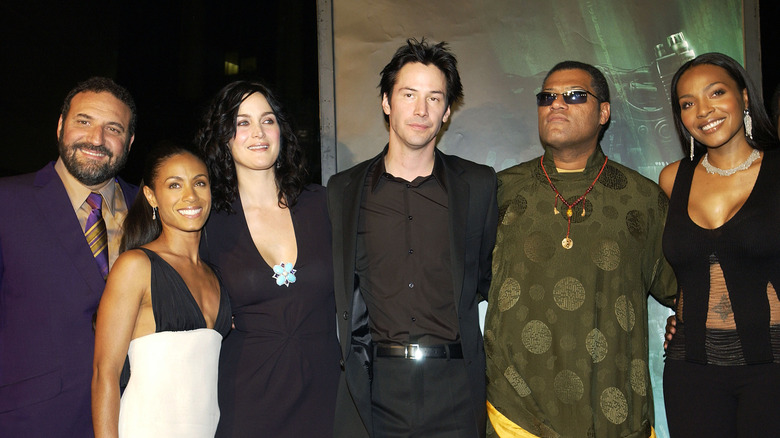 Although the role of “The One” in “The Matrix” eventually went to Keanu Reeves, there were many, many other actors who were considered for the part first — including, of course, Will Smith. “I just didn’t see it,” Smith would later say of the film’s concept (via Entertainment Tonight). “I watched Keanu’s performance — and very rarely do I say this — but I would have messed it up.”

Smith would clarify this further in a video he posted to YouTube. “The Wachowskis came in and they had only done one movie,” Smith recalled. “They came in and made a pitch for ‘The Matrix.’ As it turns out, they’re geniuses. But there’s a fine line in a pitch meeting between genius, and what I experienced in the meeting.”

Smith would also admit confusion around the whole bullet moving in real-time thing. “This is the actual pitch they made,” Smith shared. “‘We’re thinking like, imagine you’re in a fight. You jump, but imagine if you could stop jumping in the middle of the jump. But then people could see around you 360 while you stop jumping. We’re going to invent these cameras and then people can see the whole jump when you stop in the middle of the jump.'”

Smith instead opted to do “Wild, Wild West,” to which he later admitted, “I’m not proud of it.”

If it soothes Smith at all, he’s just one of many actors who passed on the chance to play Neo — Brad Pitt, Nicolas Cage, and Leonardo DiCaprio among them (via ScreenRant).