That’s oarsome! Cutting George Clooney down to size… the 6ft 4in female rower getting actors on his latest film all shipshape

George Clooney’s latest film couldn’t be more masculine – it tells the story of an all-male Olympic rowing team and even the production crew are nearly all men.

However, the Boy’s Own feel on the set of The Boys In The Boat – currently shooting in Henley, Oxfordshire – has been punctured by a female rowing superstar who towers over all of them.

Olympic silver medallist Vicky Thornley, 34, has been hired by Clooney to advise on sporting matters. At 6ft 4in in her sensible flats, she is five inches taller than the 5ft 11in Hollywood actor-turned-director, 61. She has been spotted on set stooping down in order to hear him speak. 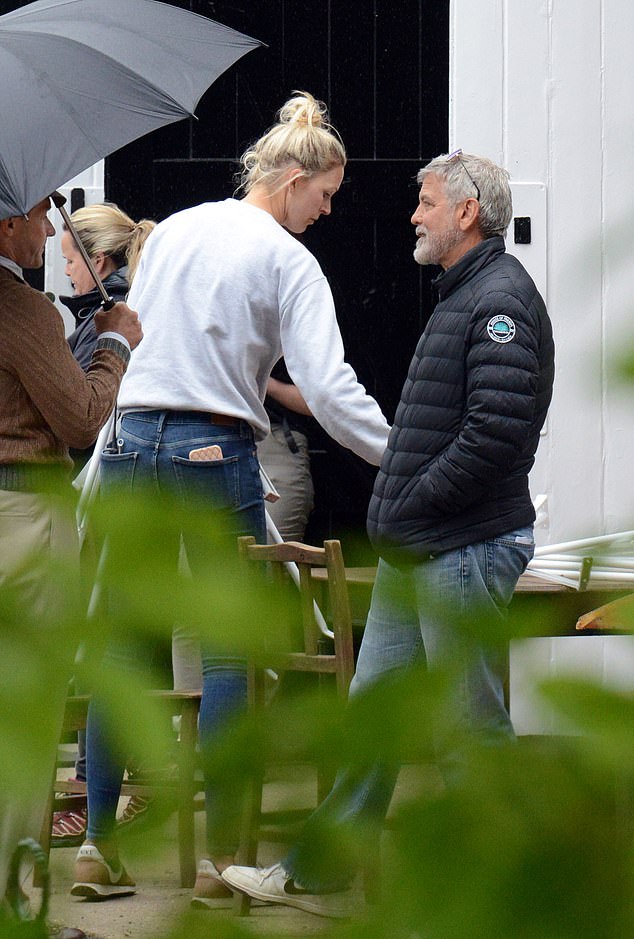 Victoria Thornley with George Clooney on set of his film Boys On The Boat, on the Thames. She is a former rowing GB Olympian and is advising on the film 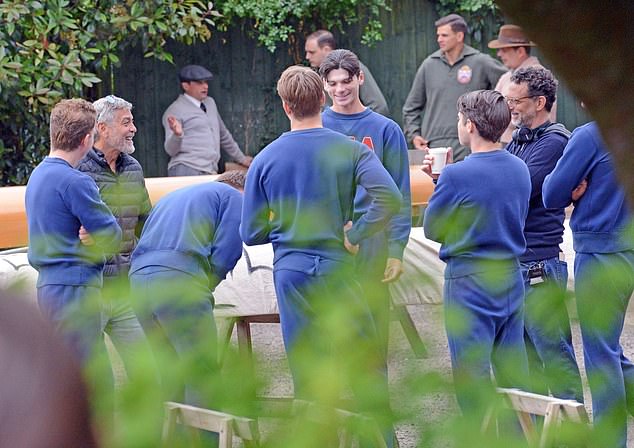 Olympic silver medallist Vicky Thornley, 34, has been hired by Clooney to advise on sporting matters

Welsh-born Miss Thornley is advising the cast and crew on rowing techniques and how to use the oars.

Clooney has struggled to find rowers of a good enough calibre for his film about the US 1936 Olympic gold-winning team.

The firm Casting Collective put out an urgent rallying cry for extras aged 18 to 30 with a ‘good level of experience’ of rowing. Clooney is understood to have ousted some background cast after realising they weren’t up to scratch. At this point statuesque Miss Thornley, who retired only a few months ago, was hired.

Miss Thornley, who lives near Henley, won her silver medal in the double sculls with Dame Katherine Grainger in Rio in 2016. She met the Queen later that year at a reception for medallists.

The Boys In The Boat is about the 1936 Washington State University rowing team, which was made up of the sons of farmers and boatbuilders. They beat Ivy League rivals to go to the Olympics in Berlin, where they were watched by Adolf Hitler.