“We lost a beloved member of our @todayshow family this morning. Willard Scott passed peacefully at the age of 87 surrounded by family, including his daughters Sally and Mary and his lovely wife, Paris,” Roker captioned a carousel of him and Scott throughout the years. “He was truly my second dad and am where I am today because of his generous spirit. Willard was a man of his times, the ultimate broadcaster. There will never be anyone quite like him.” Per Today, Scott died on Sept. 4, though the official cause of death has not been announced yet.

Scott made a name for himself on the “Today Show” with his exuberant personality, and was best known for wishing happy birthday to fans turning 100. He would celebrate their birthdays with images of centenarians appearing on Smucker’s jelly jars while on air. His love for people could be seen at the very start of his career, which made him one of the most popular personalities on the “Today Show,” and his impact still resonates today. 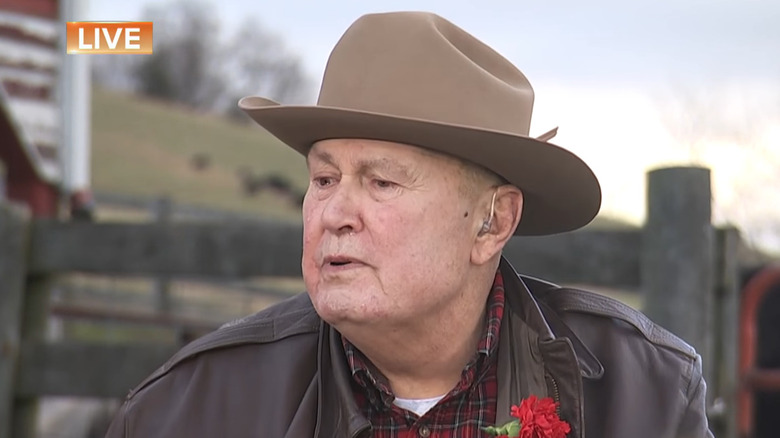 Willard Scott was one of the longest serving employees at NBC, spending 65 years there after getting his first job at an affiliate station in Washington, D.C. in 1950, according to Today. He enjoyed his job and delighted audiences with his personality.

“‘I just love people,” he told The New York Times in 1987. ”A lot of speakers on the talk circuit leave right afterward. I do a lot of shmoozing. I’m like a dog. You just open the door and I go, ‘rrrr, rrrr,’ and then I lick everybody’s face.’

The Virginia native started his broadcasting career after he graduated from American University in Washington and then worked his way up the NBC ranks. Throughout his broadcasting career, Scott was known for dressing up in silly costumes as he forecasted the weather — something he loved and was unashamed of.

He once dressed up as Brazilian singer and actress Carmen Miranda in a 1983 episode of the “Today Show” for a charity donation, but got ridiculed for it. Scott, however, didn’t care, telling the New York Times in 1987, “People said I was a buffoon to do it. Well, all my life I’ve been a buffoon. That’s my act.”

After 35 years with NBC, Scott retired from television in 2015, but made his last appearance on the “Today Show” in 2019. He is survived by his wife Paris Keena, whom he married in 2014, and two children from a previous marriage.