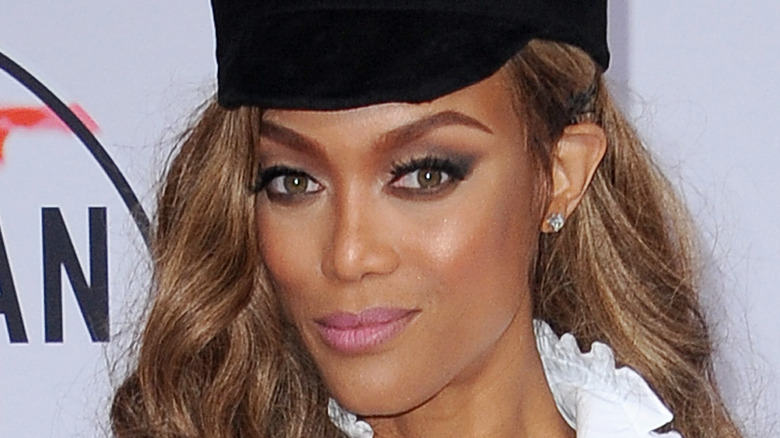 Supermodel Tyra Banks has been romantically linked to many A-list celebrities, models, and artists throughout the span of her career. Rumors have claimed that the former Victoria’s Secret model was previously linked to Tyler Perry, Will Smith, and even Drake.

The Sports Illustrated model opened up about a past emotionally abusive relationship in an episode of TV One’s “Uncensored,” which aired in October 2019, though she refused to released the name of the former ex. Banks explained that their relationship was riddled with drama, causing them to break up constantly. She even emphasized that they “broke up 14,15 times,” per The Grio.

She goes on to detail how conflicting her feelings were during the process. “I remember being kind of judgmental for women that were in bad relationships,” Banks recalls. “And I’m like, ‘Just get out. Come on, what are you doing? Just leave him. I don’t get it.’ Until I experienced it myself.”

Currently, the single mother has freed herself from the toxic past relationship and remains quiet about her former and current love interests.

But a former rumored fling that still has us gushing is when Banks was supposedly dating 24-year-old British male model Rob Evans when paparazzi spotted Evans and Banks out for dinner back in 2012.

Tyra has a new man in her life 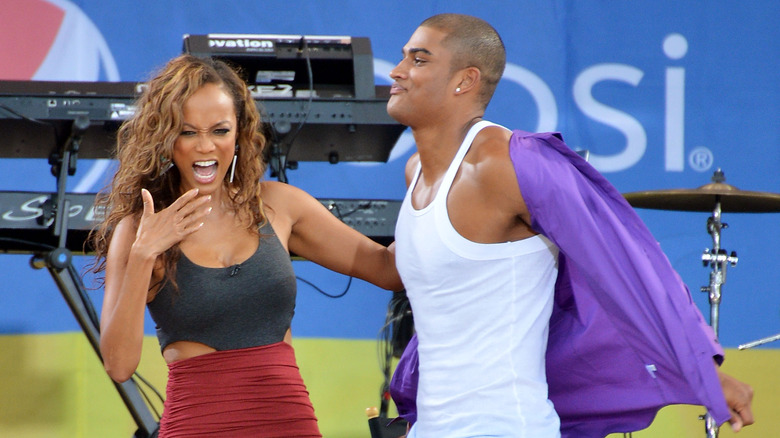 “I took Rob out to dinner when we very first started working on Top Model,” Tyra Banks explains, per The Grio. “They [tabloids] don’t say that my best friend with red hair was at the table with us,” Banks adds. Although she admits she and Rob Evans have a close relationship, she insists that they are closer to siblings than lovers.

“He is like my little brother,” she admits. “I am his sister … Maybe he may have a crush on his sister, but he’s my little brother.” Shortly after dispelling this rumor, Banks met photographer Erik Asia while working together on the Norwegian version of “Top Model.” The duo quickly became a couple and welcomed their son York Banks Asia in 2016.

In August 2021, the “Dancing with the Stars” host was spotted with her new beau, Louis Belanger-Martin. According to Hollywood Life, Banks has been dating the Canadian businessman since 2018.