McDonald's Picnic Set Is Perfect For Warm-Weather Outings Ahead 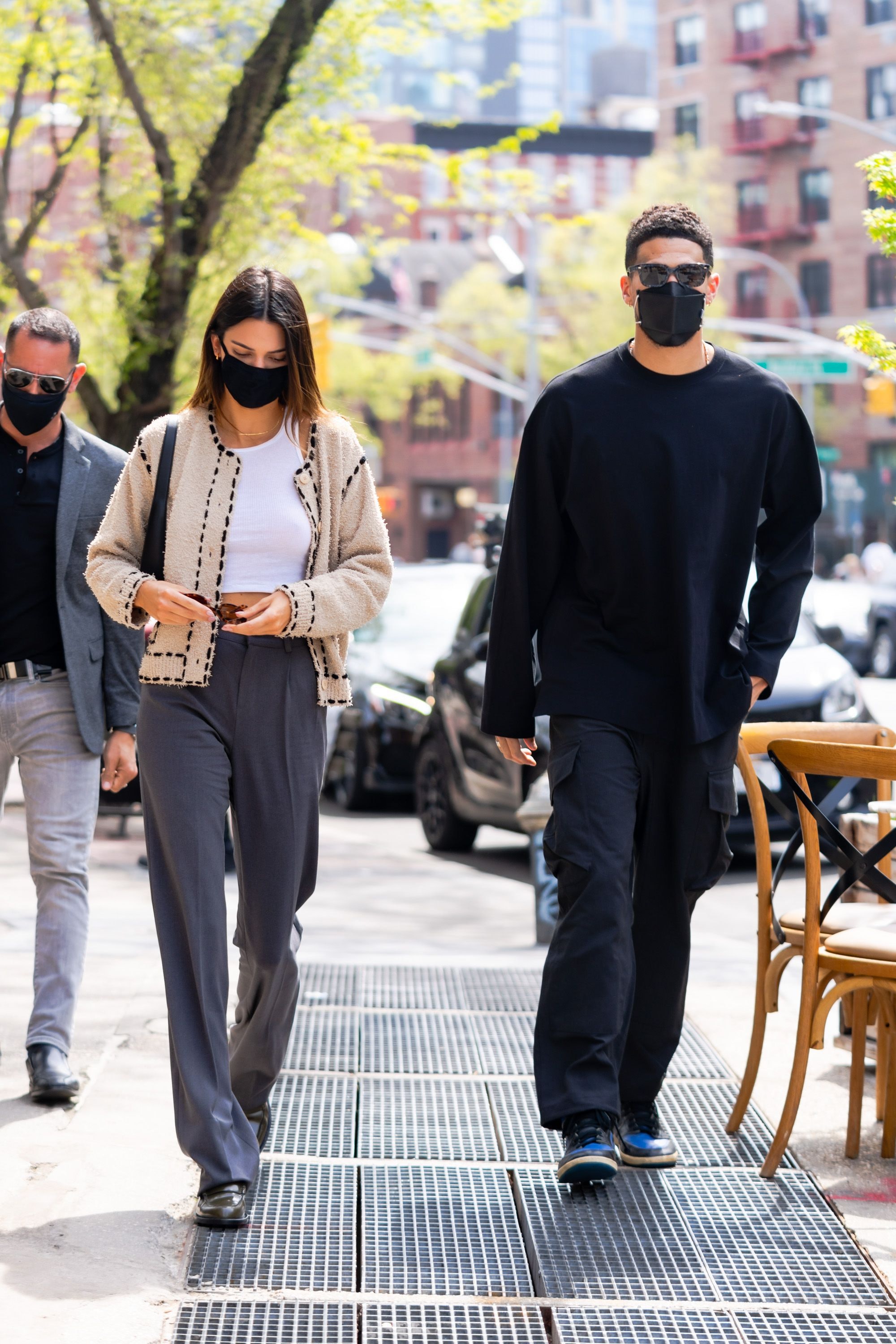 Don’t mind me. Just sitting here weeping over this mega cute reported update on Kendall Jenner and Devin Booker’s relationship. I know it feels like they’re a brand new couple, but it’s actually been a year since the pair reportedly first started dating. And they’re apparently still going super strong.

The pair have recently been photographed looking cute-as-ever as they galavant the streets of New York City together and, according to multiple reported sources, they’re actually as happy as they look. "This is the happiest Kendall has ever been in a relationship," a source reportedly told People on April 26. "She and Devin started out slowly, but have dated for about a year now." The source also reportedly noted that, even though Jenner "is very private about their relationship," it’s apparently "obvious that they have something special going on."

A source who reportedly spoke to E! News shared a similar sentiment, also claiming that Jenner is apparently the "happiest she’s ever been in a relationship." As you might have guessed based on all of this, Booker and Jenner are reportedly no longer casual. The E! News source reportedly explained, "it’s getting more and more serious and she is very happy."

The same source reportedly added, "Devin is quiet and not interested in being in the spotlight or a celebrity. She really appreciates that about him and is attracted to that. They are really similar and love just being low-key and staying in and laughing together."

OK, one more quote because they’re all so cute and I just can’t help myself. "They are a solid couple with no drama," the E! News source reportedly said of Jenner and Booker. "It’s been all positive and Kendall loves being with him." Dawwwwwwwww.

ICYMI: Rumors Jenner might have something romantic going on first started swirling around in April of 2019 when TMZ photographed the pair apparently making a pit stop in what appeared to be a road trip to Arizona. Despite rumors of a romance between them continuing to circulate in the months following their Arizona trip, Jenner and Booker held off on confirming they were an item until Valentine’s Day 2021 when they became Instagram Official.

Happy for these two lovebirds!

MTV’s Siesta Key is back for season 4, and fans can’t wait to see their favorites return to the gossip...

MIAMI (AP) — A 28-year-old woman who wanted to promote her Instagram page attempted to blend in with students at...