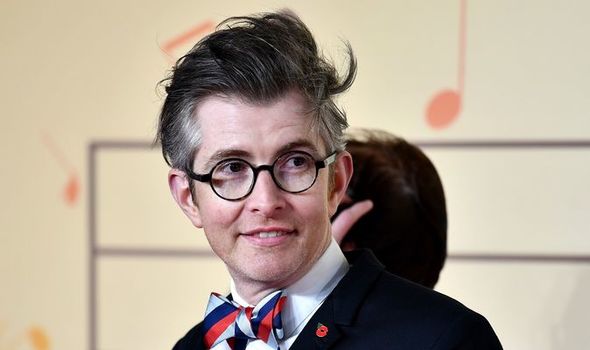 For TV choirmaster Gareth Malone, losing his hearing would be one of the worst things imaginable. “As a musician, the thought of losing your hearing is devastating,” says Gareth, 46, who lives with his wife Becky and their children Esther and Gilbert. “You immediately think of Beethoven going deaf and still composing music, and you think, ‘Could I do that? How would I go about it?’ It would be very hard to come to terms with.” So Gareth was horrified when, in 2013, he was diagnosed with tinnitus, aged 38.

“I was pretty upset about it,” he says. “I realised it wasn’t something that could be fixed but something I’d have to learn to live with.”

The problems started after Gareth caught a common cold. “I developed quite a bad sinus infection and I was on the sofa for two weeks and on antibiotics. By the end, I was aware I could hear a high-pitched sound which I thought was a mosquito, or the fridge or television.”

It drove him to distraction. “I turned off the electricity to the house to try and make the noise stop, and it was only then I realised it was in my right ear.”

After a visit to his GP, Gareth was referred to an ear, nose and throat (ENT) specialist. “When I went to see the consultant he said, ‘Well, the good news is that you don’t have a brain tumour or multiple sclerosis.’ I was stunned as I hadn’t realised the high-pitched sound could have been something so serious.”

Gareth was diagnosed with tinnitus and told to take extra care of his hearing, as 90 percent of people with it have some level of hearing loss. He found this distressing, particularly as he had seen his grandfather lose his hearing in the years before he died.

“He’d worked on the Lancaster bombers during the Second World War,” explains Gareth, who rose to fame on BBC2 reality show The Choir. “He was the wireless communicator so he would have been sitting next to the engine with earphones on listening to morse code, so it would have had to be at a very high volume.

“In the last 15 years of his life, he lost all of the low-frequency sounds, which is unusual as most people lose high-frequency ones. “It meant he couldn’t enjoy music and at the time I found that difficult to imagine. How is it possible not to enjoy music? But he was missing all the bass.”

Like many people, Gareth’s grandfather was initially reluctant to seek help with his hearing. “At first he tried to pretend it wasn’t happening, so struggled for years. Eventually he got a hearing aid from the NHS, but it wasn’t until later when he got a digital hearing aid that he could join in with conversations more. “Even then, some subtlety and pace was lost.”

After seeing the ENT specialist, Gareth has been careful to look after his own hearing. “The consultant advised me to wear ear defenders when I go to concerts, and maybe even out in the street if it’s busy,” he says. “He also told me not to listen to music at high volumes, especially for prolonged periods, and to take breaks from music when I’m tired.”

The tinnitus also affected his sleep. “In the early days I’d lie in bed listening to it and it does send you round the twist because it’s not a particularly nice noise,” he explains.

With time, however, Gareth has learned to cope with the ringing. “Thankfully it hasn’t affected my work too much except for taking regular breaks,” he says. “And wearing subtle in-ear defenders has been life-changing. I probably go to more gigs now than ever because I can enjoy the music without it being too loud.”

It has also made him adapt the way he works with his choirs. “When I do a concert I’m more aware of giving people quality of sound rather than quantity. Thankfully my issue is only in one ear and very faint, so I can only hear it when it’s quiet,” he adds.

“I used to listen to noises sometimes to help drown the sound out, but now I’ve got used to it. I’ve likened it to when you change the carpet in your house: at first, you notice it all the time then eventually it fades into the background. For me, it’s been the same with tinnitus – eventually, my brain tuned it out.”

The conductor, who is working with Specsavers to raise the importance of looking after our hearing, hopes his story will encourage people to get themselves checked out.

“Prevention is better than cure. If you’ve been to a nightclub and experienced ringing in your ears, that may well become permanent one day so it’s worth listening to the warning signs,” he says. “And if you do notice any changes to your hearing – like not catching dialogue on TV or noticing everyone else is laughing at jokes you don’t get – then it’s time to find out what’s going on. There’s a lot that can be done.”

Gareth is just relieved his hearing does not appear to be declining. “It’s been eight years and thankfully it hasn’t got any worse,” he says. “In hindsight, it feels like a warning shot across the bows that made me think, ‘I have to do something about this situation.’ I took it seriously and I’m really glad I did.”