In the photo, the former ‘Tori and Dean: Home Sweet Hollywood’ stars can be seen standing next to each other while posing with comedian Nicky Paris and Elizabeth Fabozzi.

AceShowbiz –Tori Spelling and Dean McDermott have put split rumors to rest. The former “Tori & Dean: Home Sweet Hollywood” stars, who reportedly had “major” marital issues for more than a year, have reunited as they took a selfie together during an outing with friends.

The snap in question was shared by comedian Nicky Paris on Instagram Story which was later reposted by Dean on his own account. In the picture, “The Last Sharknado: It’s About Time” actor and his wife could be seen flashing their smiles while posing along with Nicky and Elizabeth Fabozzi.

The snap saw Dean and Tori wrapping their arms around each other’s backs as she threw a peace sign. For the outing, the couple kept it casual. While the mother of five sported a white T-shirt, her husband donned a black tee, jeans and a pair of sunglasses. 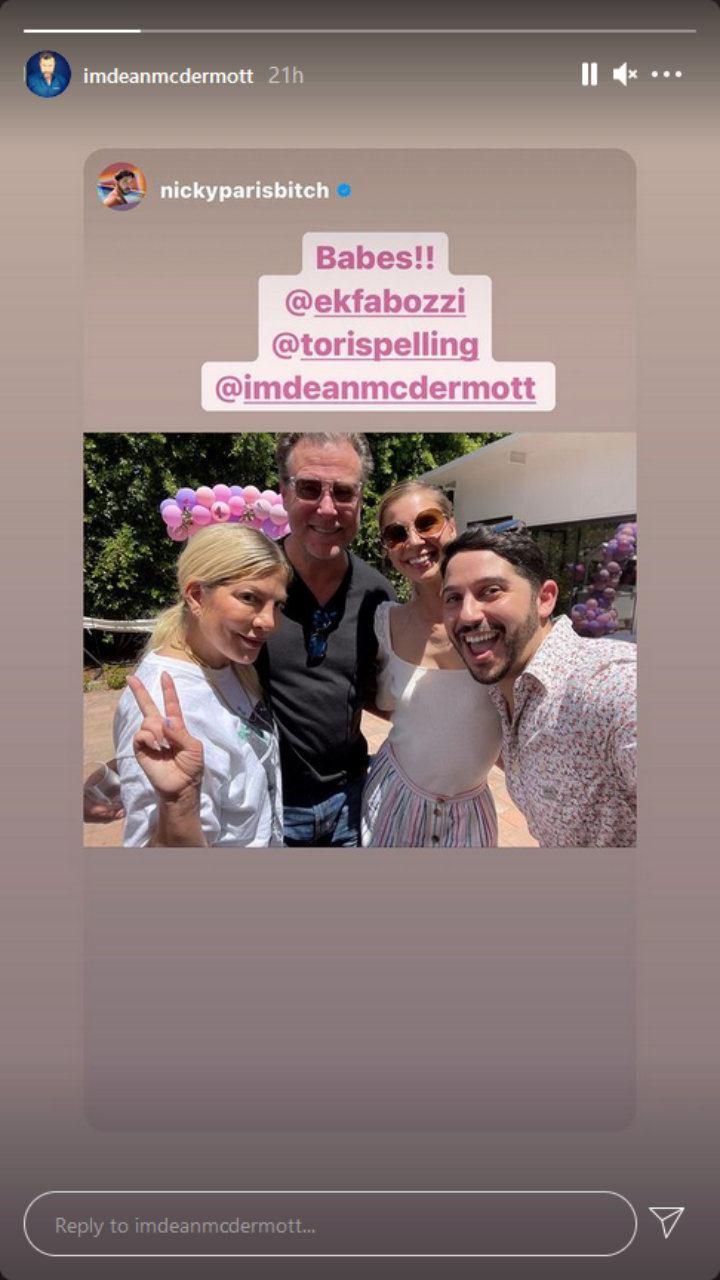 Tori sparked split rumors with Dean in June. At that time, she was spotted ditching her wedding ring during an outing in Los Angeles. In addition, the “BH90210” alum removed the word wife from her Instagram bio and publicly revealed that she and her husband didn’t sleep in the same bed.

Later that month, a source told Us Weekly that “Tori and Dean have been having major issues for over a year now.” The source added, “The fact that she’s talking about sleeping in separate beds is very telling, she wouldn’t do that unless things were really not great between them.”

In July, a separate source divulged to The Sun that Dean cannot file for divorce from Tori because he “can’t afford the expensive split” despite their “messy” marriage. The insider explained, “Tori and Dean are totally stuck together right now. Neither of them can afford to go through divorce proceedings.”

“They have five kids and a ton of pets,” the insider further shared. “Their home is always a disaster- it’s just a total mess. Right now divorce isn’t on the horizon because they can’t swing it financially. They are in a living nightmare.”