Trevor Noah and Minka Kelly have called it quits. The pair have parted ways after a year of dating, a source tells ET.

“Minka and Trevor have broken up,” the source says. “Their work commitments and careers are very different and they both felt like they should take time apart.”

According to the source, Kelly has been “leaning on friends, traveling and keeping busy since their split,” while Noah “has been doing his own thing too.”

The pair’s relationship became public last August, after they had been quietly dating for several months.

Both the Daily Show host and the Titans actress have been seemingly enjoying their single lives recently. Noah, 37, reportedly spent the weekend partying with David Grutman and DJ Steve Aoki in Miami, Florida. 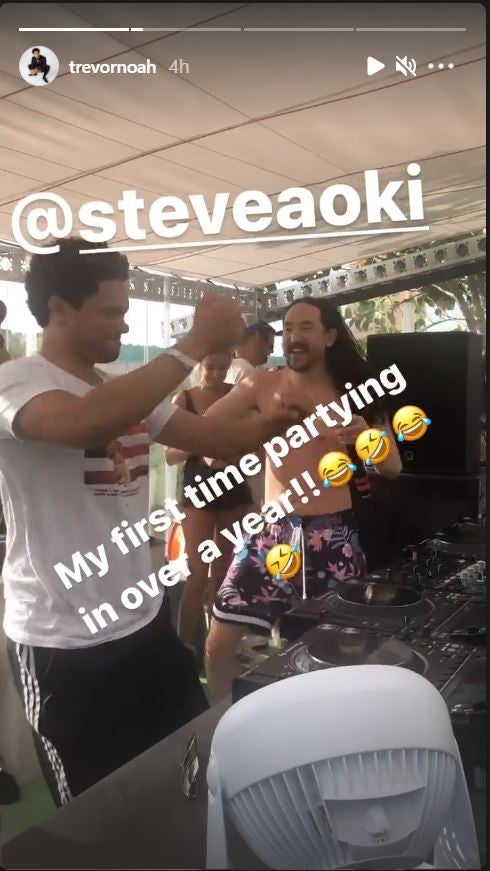 Meanwhile, Kelly, 40 has been spending time traveling with friends, and posting snapshots to her Instagram page from various idyllic locales.

The news of their split comes after a source told ET back in November that the pair had been house hunting together in Los Angeles.

In September, Noah and Kelly were photographed publicly for the first time together. In photos obtained by People, they were spotted walking into the TV personality’s NYC apartment.

Kelly was previously linked to Grey’s Anatomy’s Jesse Williams. The two dated amid Williams’ contentious split from his ex-wife. Williams and Kelly called it quits in 2018 after more than a year of dating. Noah, on his end, dated model Jordyn Taylor from 2015 to 2018.