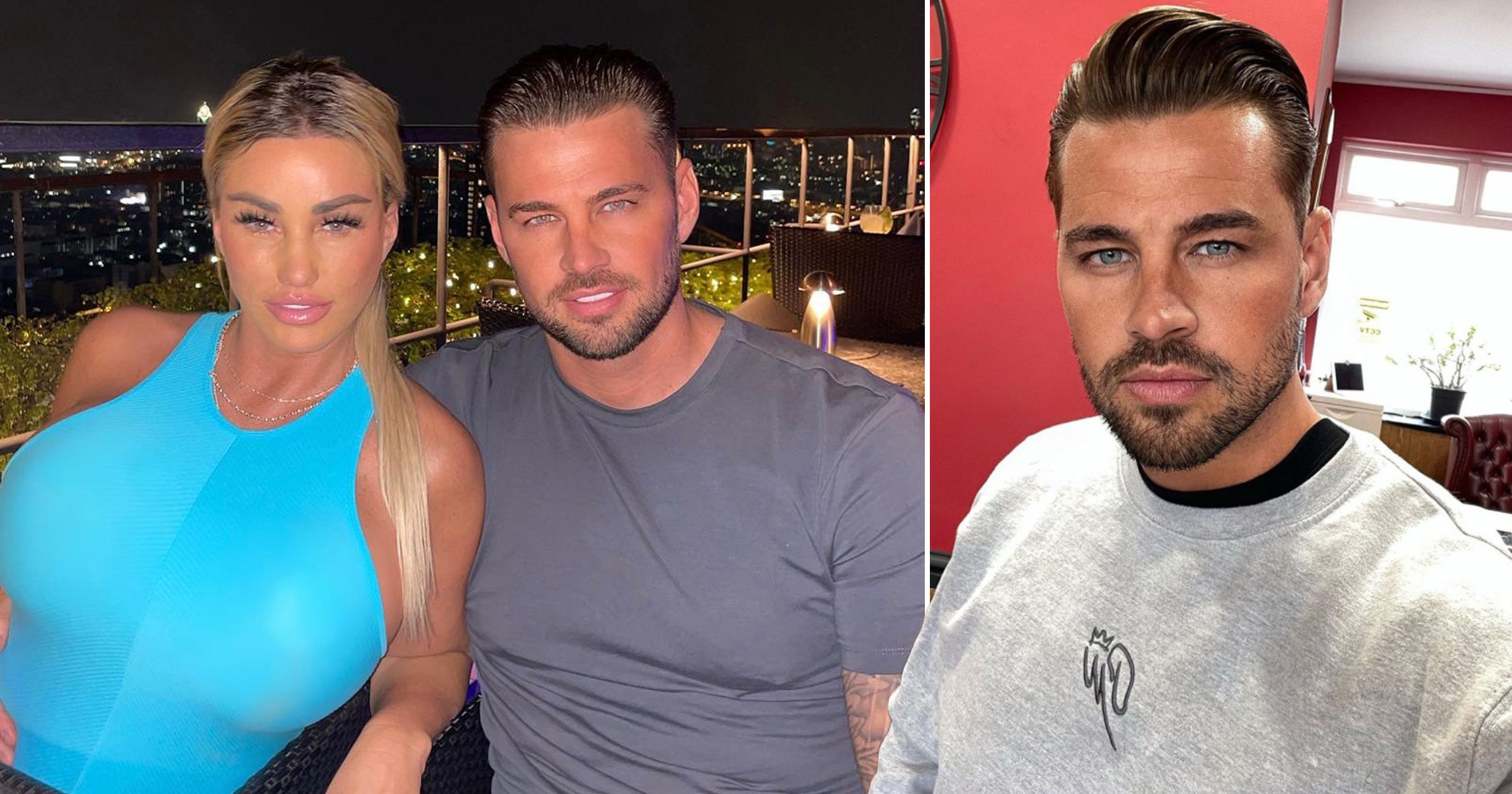 Charges against Katie Price’s fiancé Carl Woods for ‘threatening and abusive behaviour’ have been dropped.

The 33-year-old was charged in February this year following an incident in 2021, with the car dealer charged under section 4 of the Public Order Act.

He appeared in court back in March, but the matter has since been dropped due to lack of evidence.

Carl – who is engaged to former glamour model Katie – is said to be ‘relieved’ that the trial has been scrapped.

The original incident occurred last August, with Colchester Magistrates’ Court hearing that he had ‘tried to force his way into a house after rowing with Katie and shouting in the street.’

His charge covered the use of ‘threatening, abusive or insulting words or behaviour.’

Supported by his TV personality partner, Carl pleaded not guilty earlier this year and was then granted unconditional bail, with his trial set to begin this coming Thursday.

According to The Sun, there is ‘no longer a realistic prospect of conviction’, with a source close to Carl telling the publication that he is glad to ‘finally have his name cleared.’

‘The case really put huge amounts of pressure on him,’ they said.

‘Those close to Carl continued to support him throughout the process and everyone is relieved to hear the news.

The insider believes Carl is now ‘more determined than ever to seek justice against those who contributed towards falsely accusing him.’

Detailing the matters that led to the charge originally, Prosecutor Leigh Hart told the court back in March that, following their shouting match in the street, Katie left Carl’s house ‘to go to another property.’

He added: ‘The defendant followed her and attempted to force the door of that property and was heard shouting outside in the street which was overheard by neighbours.’

However, defending, Mark Davies said the matter was ‘nothing more than a squabble’.

If he was found guilty, Carl faced up to six months in prison, with a spokesperson for the CPS sharing today that they have an ‘obligation’ to ‘keep cases under continuous review’ as they ‘take all situations seriously when a person’s behaviour causes fear’.

Husband and wife to be Katie and Carl have both endured a string a legal woes over recent months.

Most recently, it was revealed that Katie faces another court hearing, this time over her bankruptcy.

The My Crazy Life star, who was once worth £40million, was declared bankrupt in November 2019 after racking up a hefty debt of £3.2m.

At the time, it was revealed that she was supposed to pay £12,000 in debt off every month for four years to her creditors after taking out an individual voluntary arrangement (IVA) last year, but failed to do so.

The model began dating Carl in June 2020 after being set up by a mutual friend.

They got engaged in April 2021, with Carl popping the question to Katie after 10 months of dating.