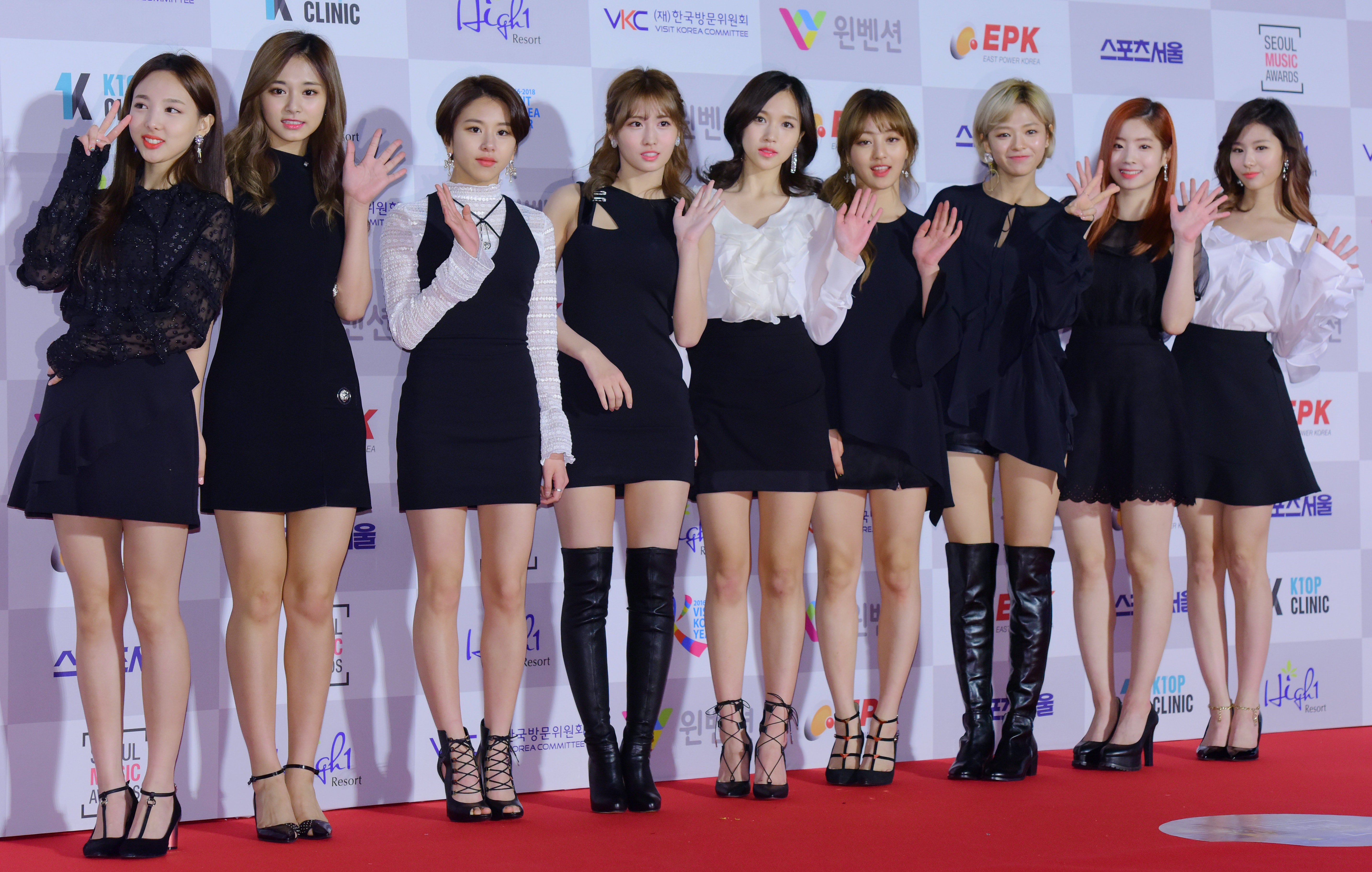 ONCE, you’re going to love this news: JYP Entertainment just shared a major update about TWICE’s comeback. On Sunday, May 2, the agency posted an image with important info about the group’s upcoming album, including its release date, pre-order date, and most exciting of all, its title! To be part of the fun, here are all of TWICE’s Taste Of Love album details you need to know.

Ahead of the official announcement, STARNEWS reported on April 19 TWICE was filming a music video on Jeju Island in preparation for their rumored June comeback. Shortly afterward, a source from JYP confirmed the news was true, and said a detailed schedule would be released later. Ever since then, ONCE have been waiting excitedly for any more details about the girls’ comeback.

Finally, on May 2, JYP revealed TWICE will drop their 10th mini album, Taste Of Love, this June. The group’s previous comeback was in October 2020 with their full-length album Eyes Wide Open, featuring the hit single "I Can’t Stop Me." You can imagine how happy fans were to hear TWICE was finally dropping more music after all this time. Since it will be here soon, here are all of TWICE’s Taste Of Love album details that you should keep in mind.

JYP posted two release dates along with the album announcement: Wednesday, June 9 and Friday, June 11. Some fans speculate one date is for the actual record, while the other is for TWICE’s new music video. Others think there could be Korean and English versions of the album or a digital album followed by a physical release. Then, there are a group of fans who predict there could be two title tracks.

So far, JYP hasn’t shared a tracklist for the group’s next record.

There hasn’t been any official cover art, either, but on May 2, JYP shared a teaser photo for Taste Of Love on Twitter that showed two cocktails in front of a vase of flowers placed on a table.

JYP shared more teasers over on TWICE’s Instagram that included pictures of outdoor tables filled with fruits and cocktails. The photos hint TWICE’s upcoming single will be an upbeat track perfect for summer.

How to Pre-Order TWICE’s Taste Of Love

ONCE can pre-order both the digital and physical versions of the album starting on Monday, May 10. JYP hasn’t provided links for the pre-orders yet, but it’s likely they’ll share it soon as well.

Keep checking TWICE’s social media, ONCE, because more details about Taste Of Love will come shortly!