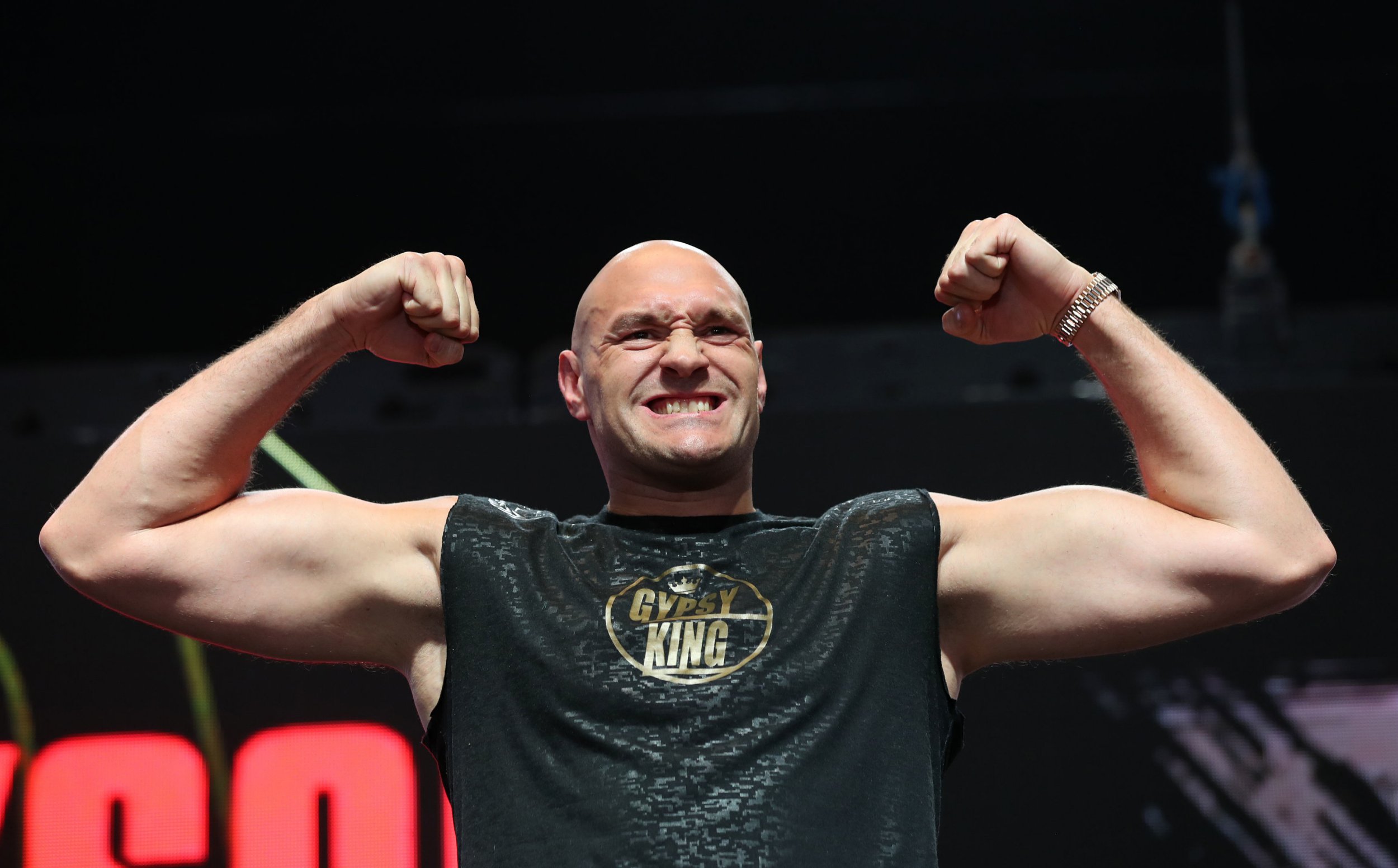 Tyson Fury opened up about having a ‘very stressful week’ amid daughter Athena’s health battles.

The boxer and his wife, Paris, have had a devastating few days as their newborn continues to fight for her life in intensive care.

After they reunited with their five other children, the 32-year-old took some time out for a workout, in a bid to ‘calm down’.

‘After a very stressful week, I’m back on the road doing a bit,’ he began. ‘I find that it calms me down, relaxes my mental health, anxiety. Always welcome on the road.

‘I think without this bit of training, I’d be cuckoo right now. Anyone out there suffering with any dark times, any mental health problems, any problems in their life, I say that a little bit training goes a very, very long way.

‘It really helps me so I’m very, very thankful that I’m able to get out on the road and do a little bit.’

He concluded his stories with the message: ‘A little message for everyone out there, stay positive. All the best, God bless.’

Tyson and Paris have endured a stressful few days after baby Athena was rushed to intensive care, shortly after being born last Sunday.

It emerged that the tot had ‘died for three minutes’  before doctors were able to bring her back to life, with the athlete’s dad stating it is ‘onwards and upwards’ for the little one.

‘They’ve been really magnificent, they’ve really saved her life because she was dead for three minutes and they brought her back, it’s onwards and upwards from today,’ he told BT Sport.

‘We thought at one stage we were going to lose her.

‘But it’s all been good due to the professionalism of the doctors and the surgeons.’

Tyson later shared his own news on how his baby girl is doing, adding: ‘Update for everyone. Baby Athena is doing well & has had a stable day off ventilator, thanks to everyone for the prayers, still in ICU for now.

‘Thanks to all the DRs & nurses. God bless you all.’