BTS birthday celebrations are somewhat different in 2020. Instead of seeing these idols in person, fans are celebrating online and within their own towns. When it comes to V’s birthday wish, he kept the BTS ARMY in mind.

He hates shoes and he loves his dog Yeontan. Kim Taehyung, also known as V, is one of the seven BTS members, performers as a singer and dancer for the group. Falling in December, his birthday is the next one celebrated by the members and their ARMY.

A Capricorn, V’s birthday is on December 30, 1995, celebrated by the BTS ARMY across the globe, (even if they may be somewhat socially distanced this year.) This wouldn’t be the first BTS birthday for December 2020.

Earlier this month, BTS’ Jin celebrated his day (Dec. 4,) which came with plenty of well wishes and charity projects from the BTS ARMY. However, during one red carpet event, V shared his birthday wish. 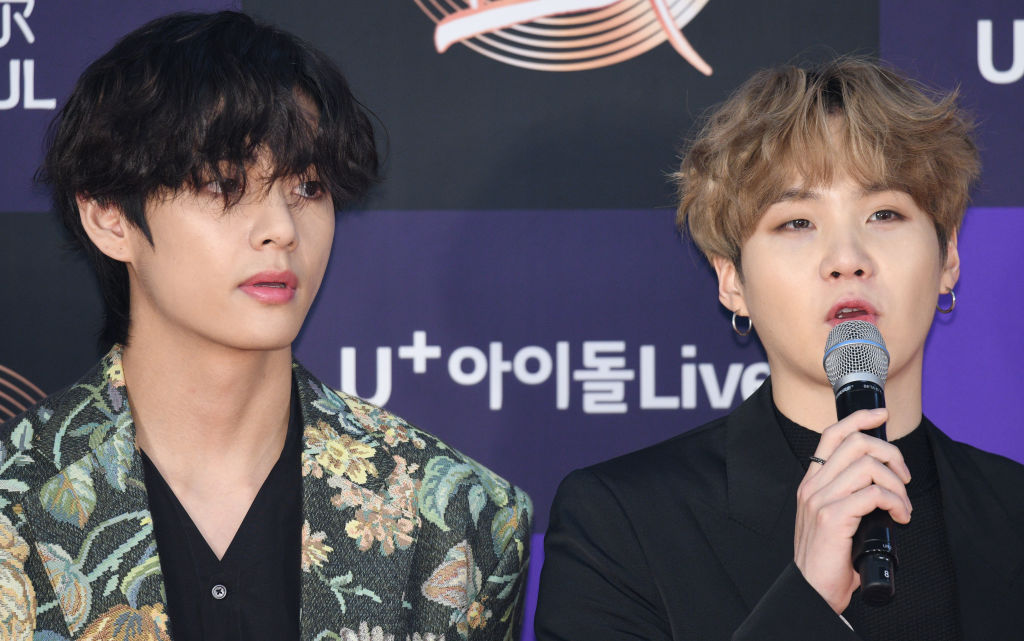 What does V want for his birthday this year?

Despite some pretty impressive milestones, 2020 meant BTS couldn’t embark on their Map of the Soul world tour, which has since been postponed. During the 2020 KBS Gayo Daechukje red carpet, V had a chance to discuss some of his birthday wishes.

“Jin hyung had a birthday also in December. I’ll say as a representative, Dec. 30 there will be nothing but I want to see the ARMYs so much,” V said, according to a fan translation from Pinkvilla.

Jimin shared his wish for the New Year

V wasn’t the only performer with hopes for 2021. Another singer of the group, Jimin, shared that his wish for 2021 is that another member of the group, Suga, recovers soon from his recent shoulder surgery.

“Right he is doing physical therapy hard now,” RM said of the BTS rapper, according to Pinkvilla. Suga has been MIA from group performances for a few weeks now, including their appearance on the Disney Holiday Singalong and their highly anticipated MMA performance.

Although he was unable to physically appear at the Mnet Asian Music Awards, a hologram of Suga appeared to rap his section of “Life Goes On.” He’s expected to resume performing in the coming months, although BTS does not have any live performances in front of an audience scheduled. (They do connect with fans on social media platforms like Twitter and Weverse.)

The recently-released “Life Goes On” music video by BTS is now available for streaming on YouTube. The K-pop group’s deluxe album, titled Be, is available on Spotify, Apple Music, and most major streaming platforms.