Edwin Diaz described the game on May 29 as the worst of his career. He allowed five hits and four runs and blew a save opportunity for the Mets.

For Diaz, a 2018 All-Star who led the American League with 57 saves last season, that May loss to the Dodgers has represented a recurring theme rather than a one-time fluke.

“I always try to stay positive,” he said. “I’ve had a couple ups and downs this year. Last year was a career year, but I try to come into the ninth inning every time ready to do my job.”

When Diaz arrived in New York in December 2018, the Mets had a plan. He was expected to be the star closer, whom they could rely on for the final three outs every time.

Known for a fastball that averages just below 97 miles an hour, Diaz was part of a blockbuster trade that sent reliever Anthony Swarzak, outfielder Jay Bruce and the prospects Jarred Kelenic and Justin Dunn to the Seattle Mariners. In exchange, the Mets got Diaz and second baseman Robinson Cano.

It was one of the first major trades that Brodie Van Wagenen made as general manager, and a move he continues to stand behind. Kelenic was one of the team’s top prospects. Cano, 36, who joined the Mets, has been lackluster. He has made two trips to the injured list and has just 18 R.B.I. over 60 games.

Diaz was expected to be the bright spot of the trade for New York. But he has an E.R.A. of 4.78, compared with 1.96 last season, and has already given up seven home runs, two more than all of last season.

“Edwin has a track record of performance; he’s been very good for us,” Van Wagenen said. “He’s had a couple rough outings. He’ll bounce back, and we’ll make sure we’re putting the resources toward getting him to be the best version of himself, as well.”

Dave Sims, the play-by-play broadcaster for the Mariners who watched Diaz during his time in Seattle, said it was difficult for relievers to follow up a season like the one Diaz had last year.

“Knowing the history of relievers, it’s hard to duplicate that type of thing,” Sims said. “It might have been one of the reasons the Mariners dealt him.”

Diaz, a Puerto Rico native, was drafted as a starting pitcher in the third round in 2012. In 2016, as he was rising through the minor leagues, the Mariners moved him into the bullpen.

The decision accelerated his career and led to a big-league call up a month later.

“I’ve always been up to the challenge,” Diaz said. “Switching positions is always a challenge when you first start it. When they made me a reliever, that was a challenge that I took on and I’ve been successful so far.”

“His fastball is just ridiculous,” Sims said. “I remember he was brought up, and I was like ‘Who is this dude?’ You look at all his arms and elbows and legs coming at you.

While his fastball has stayed relatively consistent, his slider, his go-to when he needs to slow things down, has taken a major hit. Last season his slider resulted in strikes 56 percent of the time. Now, that is down to 34 percent.

Mets Manager Mickey Callaway said Diaz’s mechanics get in the way, and when he maintains his form and does not cross over his body, his stuff is still top of the line. Diaz has been working with Phil Regan, the interim pitching coach hired June 22 to replace Dave Eiland, on shoring up his mechanics.

“The bottom line is, bullpens can be finicky from year to year,” Callaway said. “You see different guys having success. There will be a bullpen guy that makes a run for three years, and then all of a sudden he can’t get an out and then he bounces back the next year.

Diaz is part of a bullpen — and team — that has struggled. Heading into a two-game series against the Yankees that begins Tuesday, the Mets are 38-47, including 3-7 in the last 10 games. The bullpen has 21 blown saves, the worst mark in the majors.

“It’s part of our reality,” Callaway said about the team’s struggles. “You have to do what you can to fix it, and you have to do the best you can to come in every day to try and win the next game.” 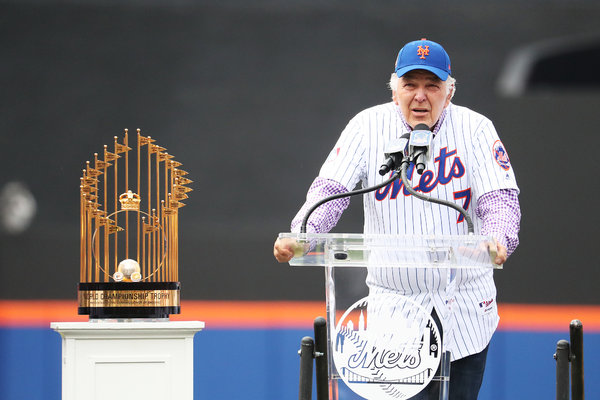 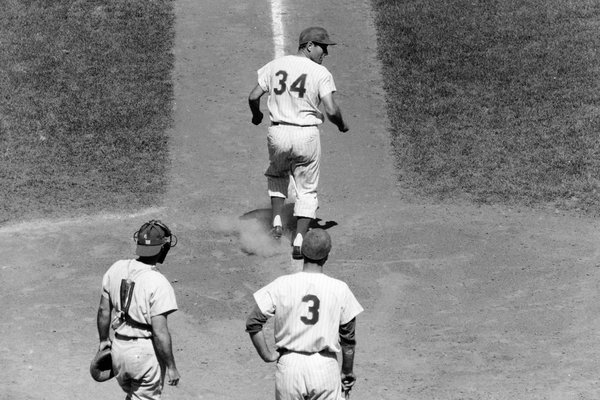