With the increasing popularity of television series like “Too Hot to Handle,” “Love Island,” and “Married At First Sight,”, streaming giant HBO Max decided to create its own dating show (via The Hollywood Reporter).

“FBoy Island’ will follow three single women’s journeys to find love among 24 bachelors. The catch is that has of the men are truly looking for love, while the other half are self-proclaimed “FBoys” who are only on the show to win money. Comedian Nikki Glaser will host the 10-episode series, up until the finale where the “Nice Guys” are revealed and the three women choose who they want to re-enter the real world with.

Ahead of the July 29 premiere, HBO Max shared who will compete on Season 1 (via Women’s Health Magazine). Luckily all of the men have public Instagram accounts, which provide some insight into whether they’re one of the “FBoys” or truly a “Nice Guy.”

Is Mark just another "FBoy"? 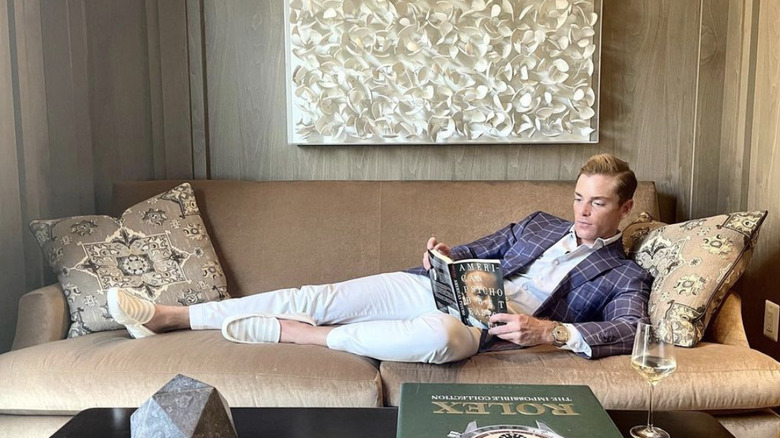 On this season of “FBoy Island,” 29-year-old Mark Moran is making his reality television debut (via Women’s Health Magazine).

Moran works as an investment banker in New York City, after graduating from the University of Virginia School of Law in 2018 (via Instagram). There is no way to know for sure if Moran is competing on the show for one of the women’s hearts or the $100,000 cash prize, however, his perchance for posting shirtless photos on his Instagram feed suggests the latter.

In a promotional interview for the series shared on Instagram, Moran revealed that he tells a lot of dad jokes and that dating him is like “dating a really intelligent toddler,” which isn’t the most appealing sentiment. Moran also told HBO Max “I’m super hopeful to sorta see where things go.” Based on these quotes and the banker’s admission that he is “always up to something” on an Instagram post of the “FBoy Island” trailer, Moran may just be one of the biggest “FBoys” this season.