And not being able to get into VIP enclosures for some completely unfathomable reason is sort of a British Summer tradition too.

Yes somehow it has taken an American to put those two things together in the most perfect way.

Admittedly, it’s not just any American. It’s the great Woody Harrison, star of Cheers, Zombieland and even The Hunger Games, if you like that sort of thing. 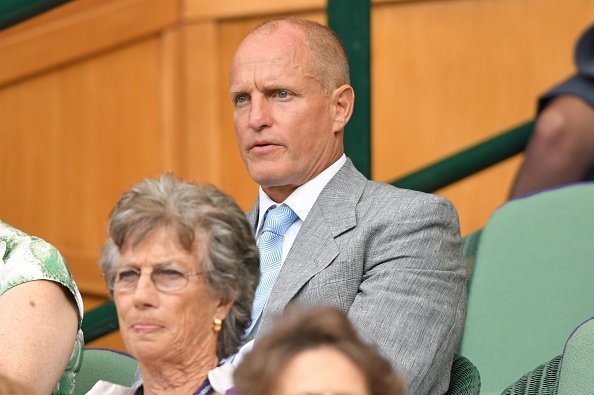 It was more the Thirst Games for Woody, though, who sloped off during one of the more boring rallies to get himself a nice cool glass of white wine.

Only to find out that the security guard wouldn’t let him back into his seat with the drink and so he had to stand, somewhat unsteadily, on the steps leading up to the Royal Box while he finished it.

What makes that little tableau even funnier is top-flight super-thesp Sir Mark Rylance looking over to see what was going on and then swiftly turning back to the tennis in a way that suggested that he wanted no part of whatever trouble Woody was in.

And generally, over the course of Saturday, Woody’s increasingly chilled-out mood as he enjoyed a series of cold drinks while paying vague attention to the unfolding drama on Centre Court was a source of total delight to fans watching at home.

The Lawn Tennis Association should make a point of inviting Woody to the All England Club every Summer. While the Wimbledon of the past undeniably belonged to Sir Cliff Richard, the Wimbledon of tomorrow is all Woody, baby.