Joaquin Phoenix just gave a whole new meaning to pet names. The Joker star was honored with the People’s Choice Award at the Toronto International Film Festival on Monday, September 9, and in his speech, he gave a cheeky shout-out to his fiancée, Rooney Mara.

“I don’t know who’s really giving me this award, who’s responsible for this or why and frankly, I don’t care. My publicist said somebody wants to give you an award and I said, ‘I’m in. Let’s do it,’” Phoenix, 44, told the crowd before going on to share heartfelt thanks to his family — including his late brother, River Phoenix.

The Her actor then addressed Mara, 34. “One last thing, somewhere here, I don’t know where, is a filthy dragon, and I want to rip its wings off and fasten a blanket and sleep with it forever,” Phoenix said. “I love you. Thank you.” 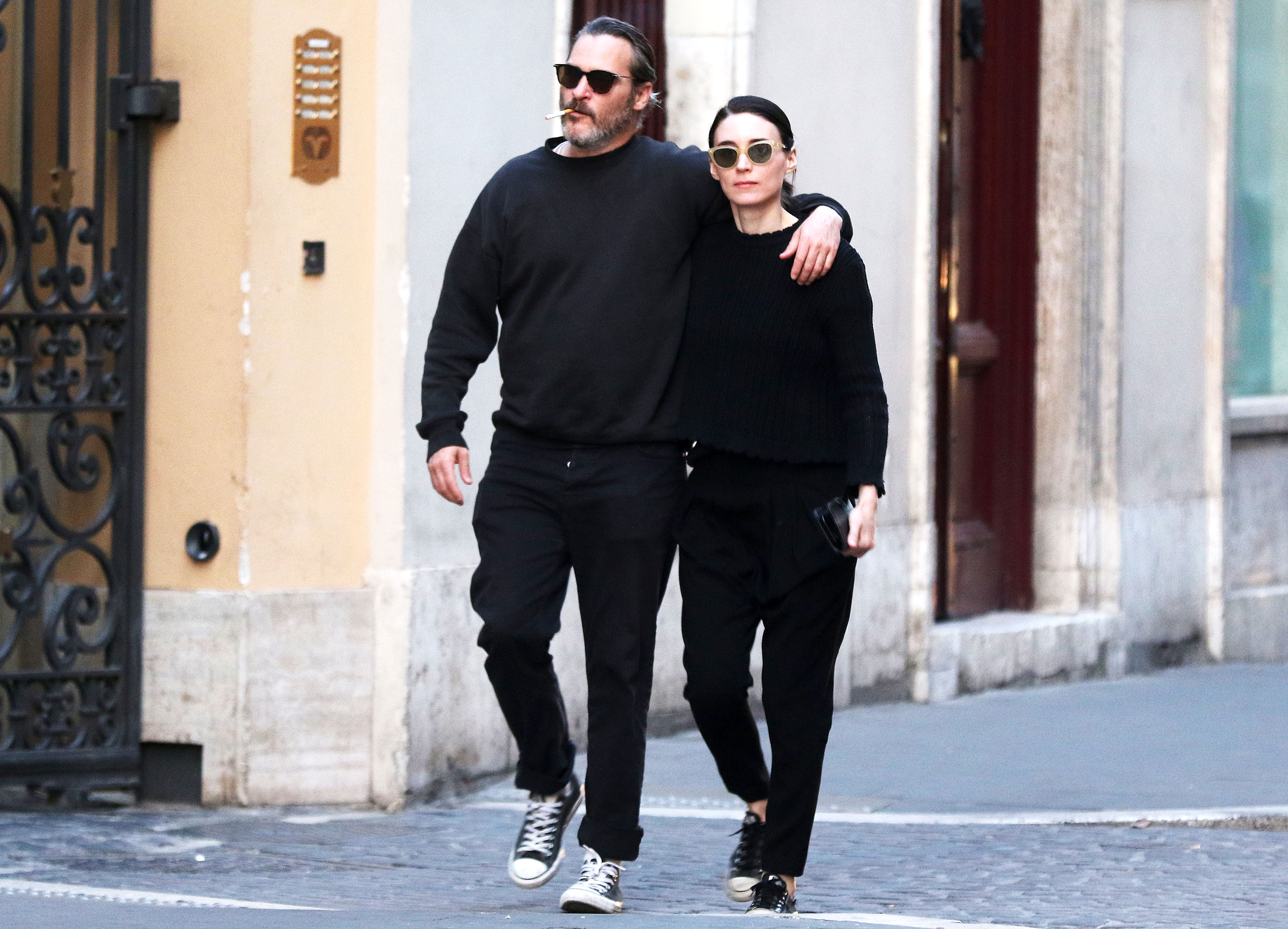 While the nickname might be a tad bit unusual, it’s seemingly a nod to the actress’ title role in the 2011 mystery thriller The Girl With the Dragon Tattoo.

Us Weekly confirmed in July that Mara and Phoenix are engaged two months. They had previously sparked speculation that they were headed down the aisle when the New York native was spotted sporting a large diamond ring.

The future spouses were first linked in 2016 after they meeting on set of Mary Magdalene. The couple starred alongside each other as Mary and Jesus in the film, which was released in 2018. Mara and Phoenix made their red carpet debut in May 2017 at Cannes Film Festival’s closing ceremony.

Months after their first public outing, the Puerto Rico native confirmed to The New York Times that he and the Social Network actress were living together in the Hollywood Hills. “They don’t really like to go out,” an insider previously told Us Weekly. “They mainly just like to be with each other as the two of them. They’re in their own bubble.”